Useless body parts that are good for something

I knew a girl who put her pubic hair to use by gluing up a fake beard for a Halloween party. Supposedly she went unrecognized.

I have a muscle on the palm of my hand (pinky side) that I can manipulate. Apparently, no one else on the planet can do this. So I guess it makes me fun at parties.

I can wiggle my ears. To this day I can’t describe what i do to make this happen; I discovered it by accident one day in high school when I realized my glasses were moving up and down my nose. The left ear moves better than the right.

I have to assume it’s something related to other mammals being able to prick their ears up (e.g. dogs, horses).

There’s a tendon that some / most people have on the inside of the wrist - the palmaris longus. A significant percentage of people (14% or so) don’t have this; the only issue they have (apparently) is slightly decreased pinching strength on the ring and pinky fingers. I’ve only got one (but that’s because the doc swiped the other to fix the tendon to that useless pinky finger! Got an interesting scar out of it - looks like a circle of bite marks.

Re the pinky and keyboard: While I do use mine - the left, in particular - when the right pinky was out of commission (see above) I didn’t miss its functionality, but boy howdy that thing got in the way (as I was unable to extend it to get it out of the way of the rest of the hand). I never seriously thought about amputating it, but I could see it being enough of an annoyance that someone would be tempted.

I am so proud of y’all, keep 'em coming!

My dental hygienist has never been that open minded.

What are those plates on your back good for, @Stego, and what do you do with them?

They are a great excuse for my less than exemplary abs.

I knew a girl who put her pubic hair to use by gluing up a fake beard for a Halloween party. Supposedly she went unrecognized.

This is more than I expected, in so many ways.

I can wiggle my ears.

This is as close to a super power as non fictional characters can go.

I can wiggle my ears.

I figured out how to do that when I was very young. When I was teaching high school biology, I’d tell the kids the muscles animals use to rotate their ears are vestigial in humans. Then I’d wiggle my ears at them. Some would be surprised, but there were always a few who also were ear wigglers and promptly showed off.

Oh, and ear lobes? Sometimes you need something to hold onto, during certain types of sex.

the shape of the human ear, including the ridges, supposedly does help funnel sound into the inner ear.

Not just funnel but also help determine the direction from which the sound is coming.

If a sound is coming, say, from 30-degrees to the right it should be a bit louder in your right ear than your left. If you turn your head slightly one way or another those folds inside your pinnae make the difference in sound radically shift. One gets louder and the other gets louder, softer, or stays the same.

After a lifetime of practice your brain interprets the change so you’re able to pin down the direction exactly so quickly and smoothly, you don’t even realize you’re doing it. 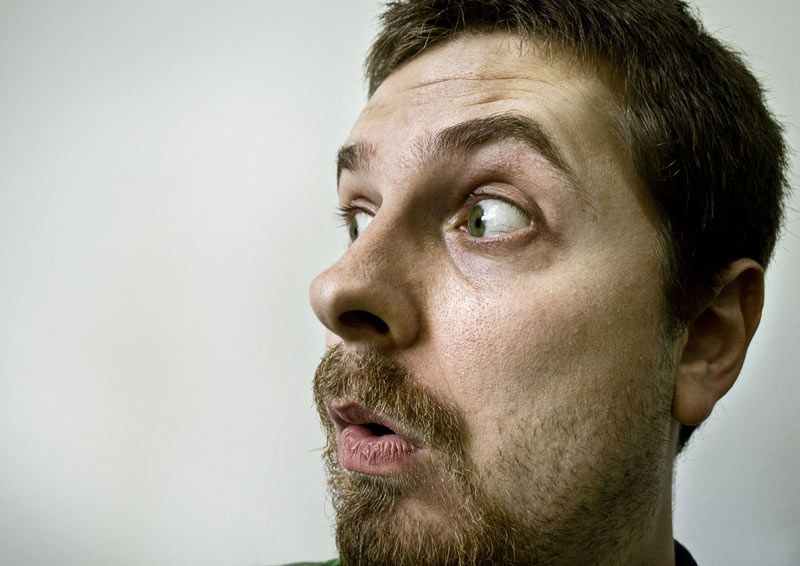 Why are Ears Shaped So Strangely?

One theory I’ve heard on the evolutionary reason for pubic hair, particularly on females, is that is that it helps keep dirt and sand out of the intimate parts. Although that’s mostly moot unless you’re a nudist, since clothes serve the same purpose.

Another theory is that it helps contain pheromones. Armpit hair as well.