What games do you never delete from your system (PC or console)?

In the “Free PC Game” thread I mentioned a deep discount on the game XCOM 2. @Left_Hand_of_Dorkness agreed it is a great game (it truly is great) and suggested it was worth downloading again to play.

Which got me thinking…there are a few games I just leave on my computer and (almost) never delete. Basically favorites I keep coming back to. XCOM 2 is one. I also keep Total War: Warhammer III (Warhammer II before) and Oxygen Not Included perpetually on my PC.

On my PS4, Last of Us and Red Dead Redemption are always there.

What games get permanent (or nearly so) space on your computer/console?

Freecell. I re-installed it after microsoft stopped providing it. Mine sweeper is on my system too. Yeah, I’m real basic.

I only just now noticed I don’t have Minesweeper.

The two that have never been deleted since my steam library was installed are Skyrim (newer editions though) and Fallout 4. While both games are solid, what keeps them installed is that with the huge modding community, they can be constantly evolving games, doing different things for different moods.

Feel like a dark, low fantasy horror? Mods for Skyrim will do that.

Feeling like playing a gritty, count every bullet post nuclear wasteland? Mods for Fallout 4 will do that.

Whether you want to spend a few hours building the city of your dreams or instead put a bucket on the head of everyone in a city of bigots, either way there’s always something you can do in one or the other to stay entertained.

Minecraft, City Skylines are the 2 on my system right now from way back and I still use them, Minecraft often, C.S. every now and again. On my iPhone I have many games but Simple Rockets (not SR 2) has been actively in use since I got it.

The Mass Effect series is one I keep coming back to.

Dragon Age: Origins and Stalker: Call of Chernobyl have basically permanent places on my PC. Ironically, I don’t play either that often; mainly because starting one means taking it through to the end. But i like having them installed and modded and ready to go when I want them.

The longest record for “game always on my system” is Princess Maker 2 which I installed in 2000 and still have on my current PC. That’s just because it’s part of a cache of files that’s been copied from obsolete PC to upgraded PC some seven or eight times now. I haven’t actually played it in years.

Civ 4: Colonization. I used to play the old DOS version of Colonization a lot back in the day, and bought a copy when it got upgraded to the Civ 4 engine. I’ve had that game installed on probably my last three or four computers. It’s a great game to just spend a lazy Sunday afternoon on when there’s nothing else going on.

Wreckfest: this game never gets old. And they continue to release new free content so it stays fresh, not to mention the Workshop support.

Project Zomboid: pretty much same as above. Early Access but gets regular updates and the devs are very receptive to input. Also has an extensive modding community and Workshop support.

Red Dead Redemption 2: I’ve owned it for years and never played it, but I plan on playing at some point and I already downloaded it. It was a huge download that took the better part of a whole day and I just don’t want to have to do that again.

Every game I have is trivially easy to reinstall as needed, and literally takes moments to uninstall to free space up to try out more. That leads me to value space above all things. Anything more than 10 gigs might get uninstalled at any moment.

I do have one tiny game that has always been fun to me and feels like it always will be: Geometry Wars: Retro Evolved. I expect to never uninstall that game for any reason. I think it’s like 60 MB or something ridiculous. I have Excel files bigger than that.

Now it’s just Freecell. I kept Snood and Mozpong until I could no longer run them.

Permanently installed are the Tomb Raider games I enjoy (new and old), the Portal games I replay each year, and the solitaire Windows games.

Now it’s just Freecell. I kept Snood and Mozpong until I could no longer run them.

I got Mozpong working fairly easily from the Internet Archive. It just needs a certain DLL file (from DirectX 5) and you need to do a little finagling with compatibility options to get it running, but only temporarily until you can disable full screen mode. But, once you do that, it runs fine on Windows 10. Though, of course, the version above isn’t registered, and I don’t know what effects that might have. Message me if you’re interested.

Unfortunately, Snood only seems to have a paid version—for PC. There is apparently a free version for iPhones and Android devices. (And there are ways to run Android apps on PC). 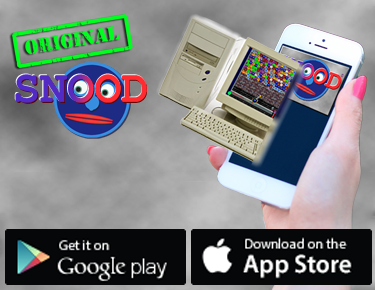 StarFleet Command (~1999). So old, I had to download a compatible version through Steam.

Tripler
I can’t seem to get DOS BOX to work, so I abandoned “X-Wing.”

I’ll have to check it out.

I was always fond of FreeSpace 2 from that era.

And I LOVE the early Wing Commander games.

Certainly the smaller games like MineSweeper count but…I hardly count them. They are SO small and modern storage is so big they barely register.

I did not consider them when I posted this. I kinda thought they were there the whole time.

Since then, I found that you can play the DOS version of Snood in your web browser, again from the Internet Archive:

Had I realized it was a DOS game, I’d have mentioned that earlier.

I can’t figure out how that game works.

Lots and lots of games, I’m a bit of a digital packrat. I rarely delete stuff just buy bigger hard drives and copy the old drive contents to the new larger drive. I have software from DOS days on my drives.

But the ones I play most often are Civ V, Arma 3, Far Cry 3, Ghost Recon Wildlands, and Planetside 2.