What is left in the still classified JFK assassination files?

I still can’t come to terms with lone gunman theory and the SBT.
It may or may not have happened that way. I have to leave it at that.
JFK the movie stirred the pot and resulted in the
JFK’s wife did not want too much publicity and wanted the files locked way forever from what she referred to as ‘them’.
A lot of files were de-classified in 2017 which turned out to be damp squibs and then the intelligence community pressured the gov into not releasing some of the ‘sensitive’ ones for reasons unknown.
What in your opinion is still left on those still classified files ?
All sorts of speculation is welcome.

My opinion: Conspiracy nut driven “theories” are worthless, except as fodder for Hollywood.

I’m not sure what’s still classified, but it is interesting that the 2017 declassifications came right on the heels of Fidel Castro’s death. I think there’s about a 90% chance it was just Oswald, 9% that there were others involved that hid their tracks so well we will never know, and 1% that it will come out after everybody alive in 1963 is dead.

Purely speculation here, as I don’t claim to know nearly as much as a Conspiracy Theorist. No smoking guns here, just stuff that might be considered sensitive.

Is it really bad to not ever know the ‘truth’? I mean, the guy is dead, the statute of limitations is well out, pretty much everybody old enough to be involved is dead or about to be, so yippee?

I would find the truth about Roswell much more interesting, to be blunt - I believe there are other planets with life out there, but I seriously doubt they have ever visited Earth in any significant way, nor will they ever bother to. [I love the joke meme that Aliens fly past Earth with their doors firmly locked like we were Watts in 1965 or something.]

Is it really bad to not ever know the ‘truth’?

I don’t know if it’s “bad” as long as there’s no one left to be held accountable, but as a historian it is “frustrating”.

OK, I will grant you that, but honestly, I really don’t care as it really has no practical usage right now. Other than perhaps shutting down conspiracy theorists, but they will still claim something whack and the official release is a cover up still. Can’t win eithe rway I guess.

Frustration is the word.

Just keeps gnawing at you.

JFK the movie stirred the pot

JFK the movie added a shitload of extra ingredients to the pot that were never in the original recipe for a damn good reason.

So what’s in the classified files? I agree with @Kent_Clark that it’s probably stuff that is embarrassing and/or sensitive, but doesn’t implicate anyone else. Declassifying those files tomorrow wouldn’t change the minds of conspiracy theorists; they’d simply say that the lack of evidence demonstrates how well the conspirators covered their tracks.

Is it really bad to not ever know the ‘truth’? I mean, the guy is dead, the statute of limitations is well out,

What’s the statute of limitations for murder?

Just keeps gnawing at you.

That’s how conspiracy theories keep drawing people in: they keep raising questions (most of which have been answered) to keep people buying in.

Since we know that Oswald was the shooter, the odds are that whatever is not being revealed would embarrass those who were supposed to be watching Oswald, the lengths to which the government hide the blunders made, and the blunders themselves which, since Hoover was in charge of the FBI, probably led to him but can’t be proved because of all the files he destroyed.

Or maybe how many people in the government believed in conspiracy theories rather than reality.

The movie “JFK” is largely fiction; it falsifies the story over and over.

The evidence that Oswald killed JFK by himself is overwhelming.

There was an episode of “Quantum Leap” that was more accurate than that movie.

This is something that constantly trips up conspiracy theorists and anomaly hunters - as well as mainstream journalists and scholars who should know better, and ordinary people who might not otherwise go down some of these rabbit holes.

I still remember a hypothetical example given by a retired FBI agent at a lecture I attended as an undergrad on, as it happens, the JFK assassination.

Imagine that among those files is a real-time U.S. intelligence report on what the Soviet Premier was having for breakfast that morning. That piece of information in and of itself is utterly trivial and reveals nothing about the JFK assassination, or anything else. But it would still have the highest classification and tightest dissemination controls possible, due to what its mere existence would reveal about U.S. intelligence sources and methods.

Spinning that out a little more, in 1963 the very existence of the National Security Agency was classified. Its entire purpose is to violate and subvert espionage and communications security laws of foreign nations. We know for absolute fact, from numerous leaks and Congressional investigations, that since its inception, the NSA has conducted illegal wiretaps on U.S. nationals, and has conducted close surveillance of not just our enemies, but of our closest allies. NSA intercepts that include discussions of the JFK assassination would have been very highly classified and their dissemination very tightly controlled at the time, and probably still would be today.

Imagine a transcript of pillow talk between Queen Elizabeth and one of her butlers that included a brief aside on the JFK assassination. At the very least, that’s not going to get declassified while Queen Elizabeth is still alive (and given that’s she’s clearly an immortal Reptoid, that means it’s likely never going to be declassified…). Or a transcript of a phone conversation about the assassination between two members of the Republican National Committee. Or a transcript of an in-person conversation between the Soviet Premier and his closest advisors inside the Kremlin’s most secure situation room.

The content of those conversations could be completely anodyne, but the revelation of their mere existence could range from deeply embarrassing to politically and diplomatically explosive to compromising still-active sources and methods.

I am absolutely positive that while those examples are fanciful, there must be thousands of documents on the JFK assassination that are unlikely to be declassified within the foreseeable future because of those kinds of concerns.

I read today that another 1500 files were declassified today.
Has anyone been following this ?

It appears there’s nothing much new in this batch. 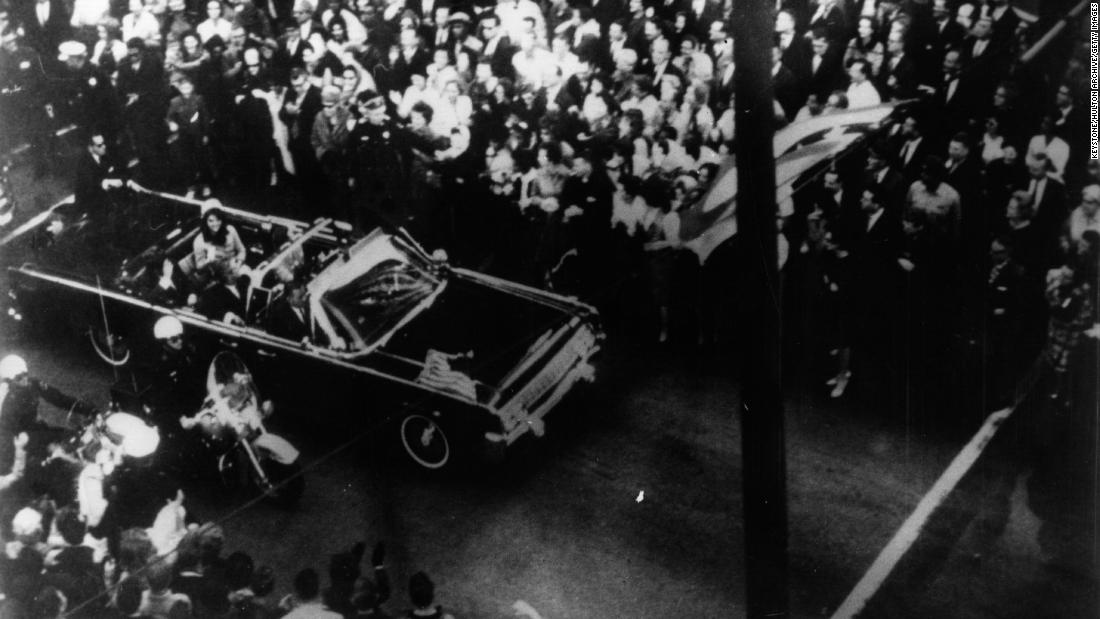 Frustrated JFK researchers say there is little new to learn in Wednesday's release of previously classified documents collected as part of the government review into the 1963 assassination of President John F. Kennedy.

It appears there’s nothing much new in this batch.

Crap.
This thing keeps gnawing out my insides : (

There was an episode of “Quantum Leap” that was more accurate than that movie.

I hated the first 99% of that episode. They broke so many of their own rules, like how Sam kept jumping from one person to another. And then they stretched it out into a two-parter, doubling the agony. But I have to admit it - the very last line made the whole 2 hours worth it.