What is your favorite movie of all time?

Movie.
You get ONE pick.
I bought Twicks chocolate, and more than one pick gets your post deleted.
(I wish)

My favorite is Ivanhoe.

North by Northwest. I am quite certain of this.

Eternal Sunshine of the Spotless Mind

The Third Man. There’s literally nothing wrong with this movie – the story, the dialogue, the characters, the cinematography, direction, music, lighting, etc. are all perfect.

A film noir directed by Carol Reed, written by Graham Greene, about the troubles of post-war Vienna, starring a young, sober Orson Welles? Also, it’s got some dude playing a zither!

Brazil. It has been since the very first time I saw it in the theater upon its release.
VERY close runner up: Blade Runner.

Once Upon a Time in America

Metropolis. I’m not sure I could ever get tired of talking about that movie.

The Right Stuff - A chronicle of mankind’s first steps in its attempt to venture beyond this pale blue dot. Probably my favorite historical topic, but the movie has so much more going for it than just the subject. I love the blend of reverence, cynicism, and humor. The cinematography is excellent, the score is inspirational, and the special effects (models and mockups) look natural and serve the story. And it has, retrospectively, an all-star cast: Ed Harris, Dennis Quaid, Scott Glenn, Sam Shepard, Fred Ward, Jeff Goldblum, Harry Shearer, Lance Henriksen, Donald Moffat, Barbara Hershey, Kathy Baker, Pamela Reed, and Veronica Cartwright.

*General Murray: I can’t make out whether you’re bloody bad-mannered or just half-witted.
T.E. Lawrence: I have the same problem, sir. *

Faraway, So Close! (In weiter ferne, so nah!)

My top four I can easily pick, though the order of 2-4 has changed over time.

The Bicycle Thief (or Bicycle Thieves, the more accurate title that most people don’t use). Runner-up would probably be Brazil.

I was contemplating the other day how many of my favorite movies have lost their luster. I watched “Local Hero” that day, and as much as I’ve always loved that movie, it didn’t do much for me. Maybe I was in a mood.

Blade Runner has yet to lose that luster. Wonderful, immersive sets and effects, and no woman has ever looked more beautiful on-screen than Sean Young did in that movie. Great performances - Harrison Ford was well-cast as the world-weary blade runner, and what can you say about Rutger Hauer’s performance that hasn’t been said many times before? The rooftop scene was perfection on film. Even Sean Young turned in a great performance as she hides her fragile, broken self beneath a veneer of ice. The questions the movie asks- what does it mean to be human? How much time do I have? - resonate.

I have a list of movies I usually talk about when this topic comes up, but Blade Runner, I think, floats to the top. I’ve been watching it for 29 years, and it’s still great.

Hands down Nobody’s Fool, one I don’t think a lot of people saw. (Not to be confused with the craptacular movie of the same name starring Eric Roberts.)

Fantastic cast! Paul Newman, Bruce Willis, Melanie Griffith, Phillip Seymour Hoffman, and Jessica Tandy (in what I believe was her last role.) Funny as hell. Based on the book by Richard Russo - also funny as hell.

You can get it for chump change on Amazon, double featured with Newman’s Fat Man and Little Boy. 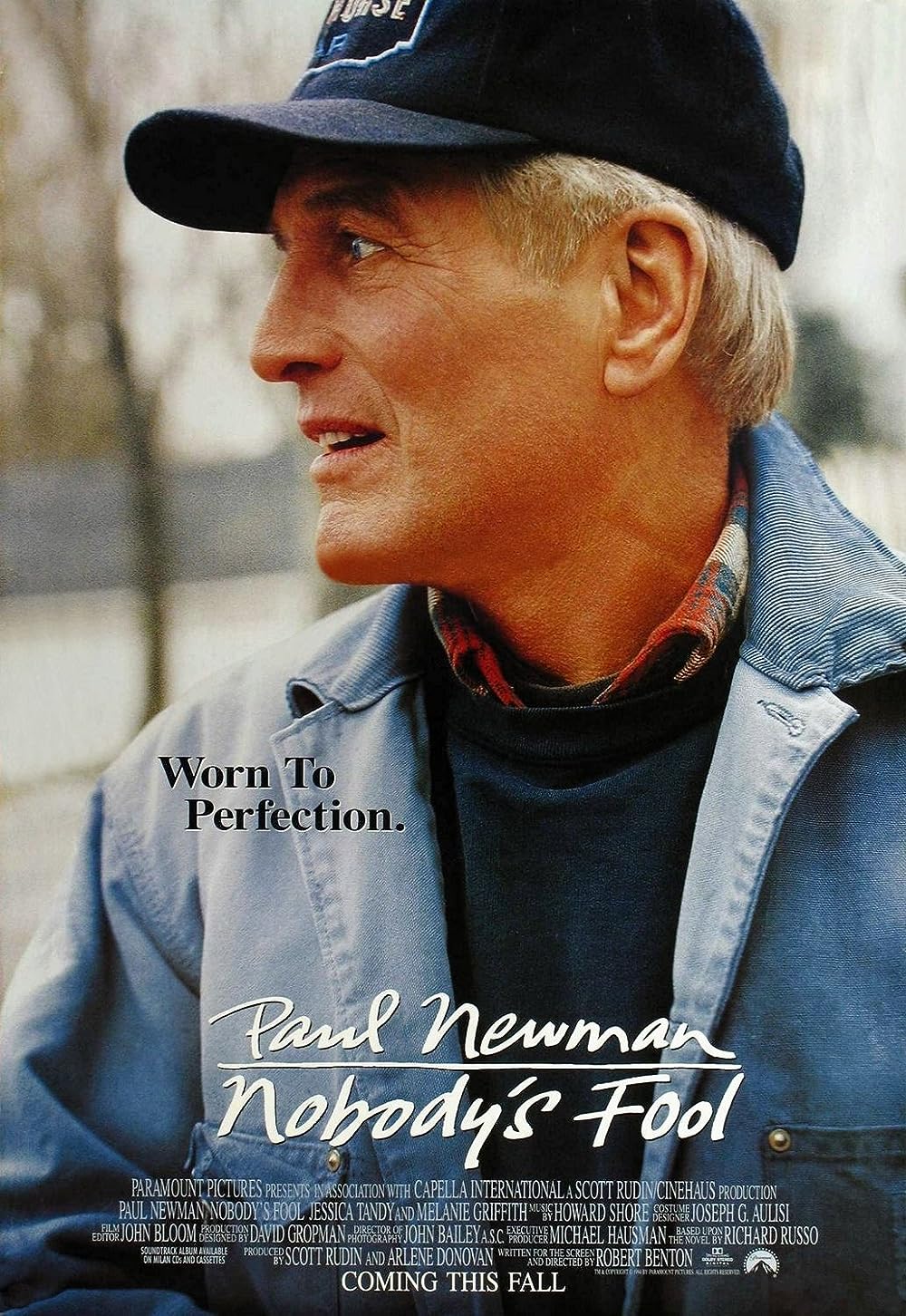 Nobody's Fool: Directed by Robert Benton. With Paul Newman, Jessica Tandy, Bruce Willis, Melanie Griffith. A stubborn man past his prime reflects on his life of strict independence and seeks more from himself.