What will happen in the next 10 weeks?

Whoops, didn’t see the latest mod update. My post was for what I think will happen in the GOP going forward for an indeterminate time, but for the next 10 weeks a lot of miserable ongoing lawsuits. It’s going to be more of trump time ™ - making each day seem to last a year.

Well, whatever it is, he can leave his hat on.

I can easily imagine somebody worst than Trump. I’m worried about the Republican candidate who has Trump’s immorality but doesn’t have Trump’s laziness, ignorance, and personality. Imagine somebody like Trump but with the ability to make plans and get things done. Picture Dick Cheney’s brain in Tom Selleck’s body.

Well, yes, that’s the point I was making. This theoretical candidate would be different than Trump.

I can’t imagine it being very entertaining for most people, however.

You’d get along with my son. A week ago his fourth-grade teacher, upon seeing the kids unusually cheerful on Zoom, burst into song — “Shiny Happy People…”. My son said, “Hey, that’s R.E.M.!” The teacher was surprised anyone had heard of the band.

I was in college and worked at a hotel banquet facility in the early 1990s. For about a year and a half after that song hit the charts, if we were still there at 10:15 on a weekday evening, someone would inevitably start singing that. What was really weird about it was that I don’t recall it ever being done by the same person twice.

One thing I expected was that Trump would drop the ball again about the pandemic.

Trump Has Been Skipping White House COVID Meetings for Months

The president’s negligence in addressing the raging pandemic—coupled with his refusal to accept the election results—risks further plunging the country into chaos.

Underlining one criticism against Trump is the lack of setting good examples about mask use, social distancing or repeating information to his followers about how dangerous Covid is. Extremely negligent in the end.

As a bit of an aside, many do know that fact checkers reported that Trump did not call Covid a hoax, what Trump claimed was that what the democrats were saying about Trump’s efforts against Covid was the hoax.

What confuses me a lot is that many conservatives and Republican rank and file still come out believing that Covid is the hoax, how does that continues to pop up among conservatives that get sick with the disease if Trump clarified that Covid was not a hoax? (warning, gut punch to the soul in that link, where a health worker has to deal with people dying of Covid while they demand loudly that they should not be dying of a “fake” disease) 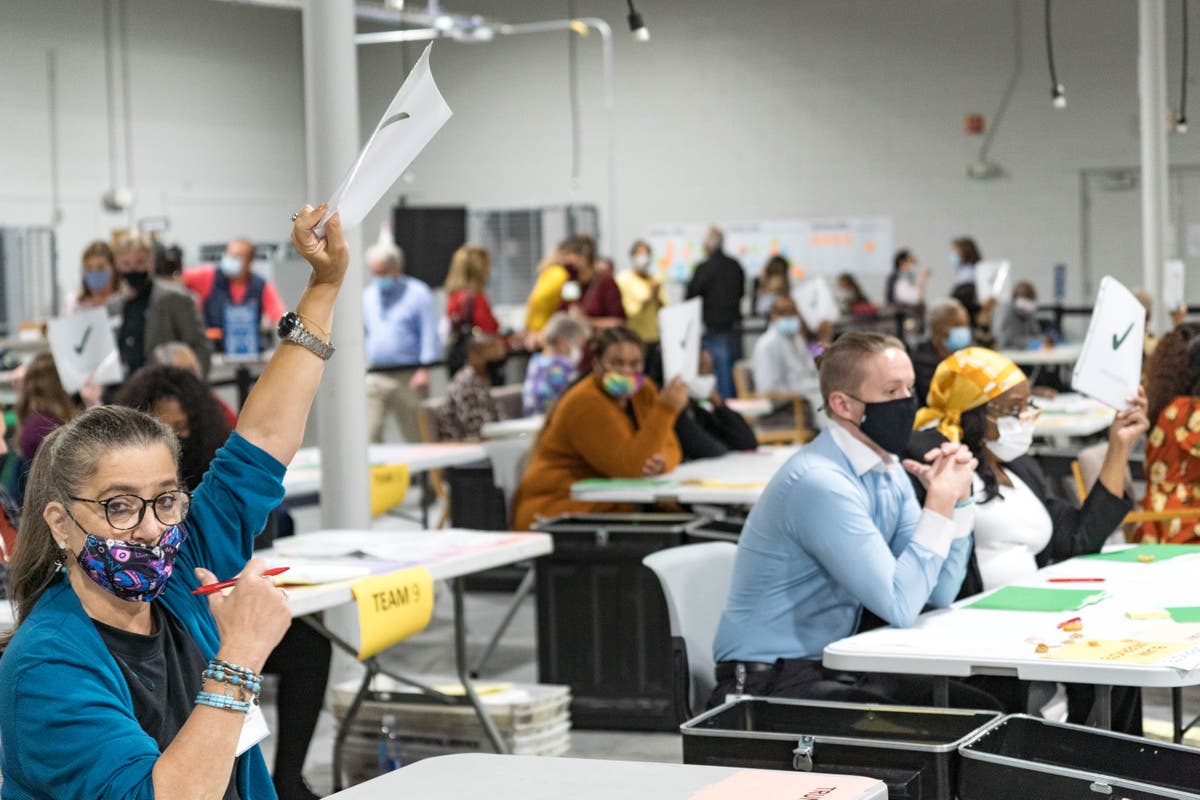 Georgia recount is returning almost no changes in vote tallies that give...

Georgia’s secretary of state ordered recounting of the votes as the difference was 0.3 per cent 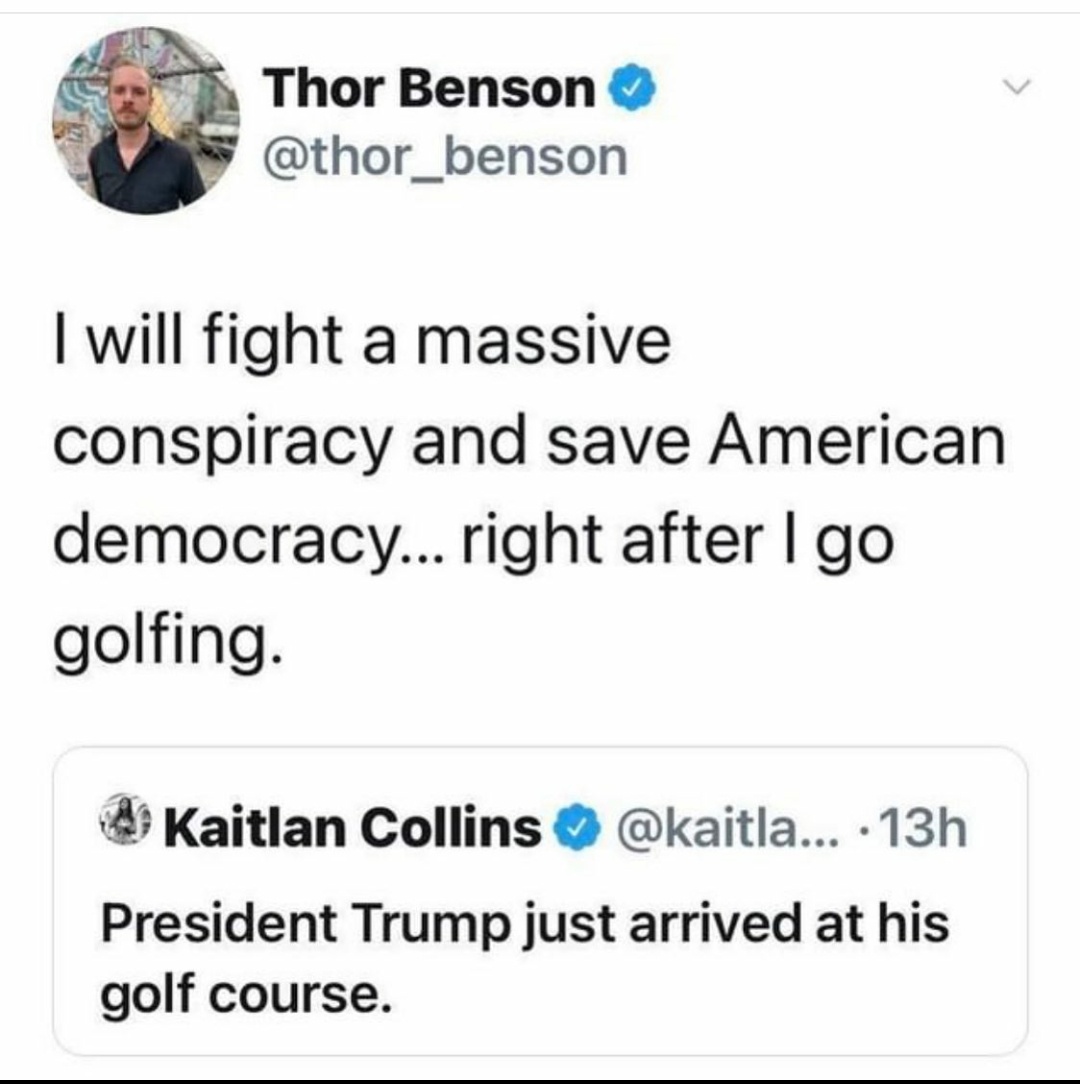 That’s not all. He will prevent his toadies in the cabinet and below from any interaction with the transition team. The stupid head of the GSA will not allow Team Biden any office space or budget. The Covid panel Biden has built will not be allowed any information on what, if anything, the Trumpers are doing about it. He will do as much as possible to issue executive orders making it harder for Biden undo his damage. He is apparently about to award drilling leases for formally protected sites in Alaska that will be extremely hard to break.

We would all be better off if he just went down to Florida to sulk.

There is also a not zero probability that he will be “Epsteined” to prevent him from selling info in his head.

The good news is that he might be able to remember the color of the carpet in the oval office. Maybe. That’s about it.

The good news is that he might be able to remember the color of the carpet in the oval office. Maybe. That’s about it.-

The good news is that he might be able to remember the color of the carpet in the oval office. Maybe.

I went looking for a thread like this and just now found it, so I don’t know if any of these have been covered-- I skimmed back only through the last couple days. Anyway, it would be nice if trump and his admin just went in a holding pattern until Jan. 20, but there’s been a flurry of fuckery in the past few days:

Add to that aggressively ignoring the pandemic, not giving any access to the Biden transition team, and whatever new fuckery ensues, and the next couple months are going to be a bumpy ride.

I’m scratching my head over the Arctic National Wildlife Refuge thing. I’m not confused over whether Trump would do such a thing this late in the game; I know it’s from pure spite. But, knowing we’re two months away from a Biden presidency, wherein it’s almost certain that this will be reversed, why would any company submit any bids/make any purchases? They couldn’t even begin to exploit the lands before that rug is ripped out from under them, so…?

They’ll be stopped immediately by lawsuits and everything else. So it would be weird for a company to bother.

Trump is not doing this to benefit business-he is doing this to increase his fan base. Increasing his fan base is his only goal for the next few weeks, so you can forget about any cooperation/transition that isn’t taken by force. It has been shown that he can lie, cheat and steal without any real consequence(public admonitions are only publicity as far as he is concerned), and we are way past the point of believing that Republicans only tolerate his crap because they are weak-willed.