Years ago, I use to play in a local MUD game, and lately I’ve thought about joining a new one. Searching for MUD’s gave me this link:
http://www.mudsonline.com/
That’s a lot of MUD’s to go through, but, reading the description of
http://www.3k.org/
made it seem pretty good. The description of
http://www.aardwolfmud.org/
Also makes it sound good.
So I’m curious, if any of you play, what’s a good one you’d recommend? One of the two above, or a completely different one?
I prefer the type that has medieval or ancient worlds, as opposed to modern, or futuristic worlds, or any other kind of world.

I played lusty mud (an LP) for almost ten years but most of the people from there switched to 3k a bit ago… I’ve heard good things about 3k.

I also loved Mystic Adventures, a Merc. All the fun of a diku without the hassle

I haven’t mudded much since my daughter was born almost 2 years ago. Ahh the days of staying up all night questing…

Well, do you want to find a free MUD or pay for one? I tend to get irritated rather quickly by all the free MUDs that aren’t worth playing. Many good ones tend to go commercial within a few years if they also have a good customer base… its worth it for them. The MUD I play is known as Gemstone III, which is the longest running MUD online, and has been commercial for about its entire existance. It opened something like 15 years ago. The gamemasters are friendly and skilled (they’re paid as contracted employees), it has 9-5 customer service, and so on. Player base is about 400-1000 people on at any time (400 at 4 in the morning, a thousand at prime time). BUT, it costs 12 bucks a month to play. To me, it’s worth it. You can get a month free trial.

Or you can try the other Simutronics games. I highly reccomend Gemstone, but Dragonrealms is a pretty good one, too. Both have playerbases in the tens of thousands, oftentimes with over a thousand players online at once. Oh, and I’m not an employee of Simu <whistle>. I sometimes get told that my praise of the game sounds like advertising <chuckle>.

Wow, I wasn’t aware that there were pay MUDs, but I guess I’ll go for a free MUD.
I think I’ll check out 3K.

I’d like to suggest LegendMud. While it isn’t cutting edge technology anymore, it still has some of the best written areas anywhere. While there are medieval themed areas, it runs the whole gamut of “history”, from Ancient Tara (including Sidhe and CuChulain) to the Crusades to fighter planes and mortar shells in WWI. The system they use for programming mobs (actually its used to program everything, rooms, items, whatever) creates one of the most immersive environments I’ve seen on any text mud. The skill system is also damn good, and has been ripped off… err, I mean adapted… by other games such as Diablo II. While the lack of races may be a minus to some people, it is more than offset by the ability to mix and match any skills your stats allow you to qualify for. The combination of highly customized characters and the excellent combat system makes for extremely fun pkill battles, if you choose to participate. Tons of fun, whether you prefer exploring and questing, hack and slash combat, or even just socializing.

It might also be worth noting that the original coders/builders went on to be key in developing UO and Everquest, as well as a few other MMORPG’s. (Some of LegendMud’s current admins are their SO’s).

The part where you said:

*Originally posted by tourbot *
**While the lack of races may be a minus to some people, it is more than offset by the ability to mix and match any skills your stats allow you to qualify for. The combination of highly customized characters and the excellent combat system makes for extremely fun pkill battles, if you choose to participate. Tons of fun, whether you prefer exploring and questing, hack and slash combat, or even just socializing.
**

made me very interested. I’m definitely going to check it out.

It’s been awhile since I’ve played a MUD, but the site that I used to pick a MUD is still up.

I believe it is “The Bible” for Muds. Zmud uses mudconnector’s database. ZMud if you don’t know, is the #1 mud client. Very worth the $25 price. Free unlimited lifetime upgrades. I got it years ago (when it was $20) and I can still download the latest version for free. Zmud is POWERFUL. You can just about script any action. The programming language is super easy to learn. And there is a lot of support on the website. Download the manual and print it out. Many people use Zmud to create bots to autohunt or make gold while you sleep. You can find some bots online. Or you can just use Zmud to explore the world you choose. There is also a mapper. It wasn’t available when I got Zmud years ago. Boy I wish it was. The full version of Zmud has it’s own mapper. I don’t know how it compares to the pay version, so you might look into the pay one. Maybe there’s a trial version. Anyway:

http://www.zuggsoft.com/zuggsoft/zuggsoft.htm
If you want to really enjoy your mudding play.

I have to note that most (or all) pay muds have their own clients. Zmud is more for free text based muds, though it’s getting more and more sophisticated. I think it has sounds now.

When I played, I loved Achaea. 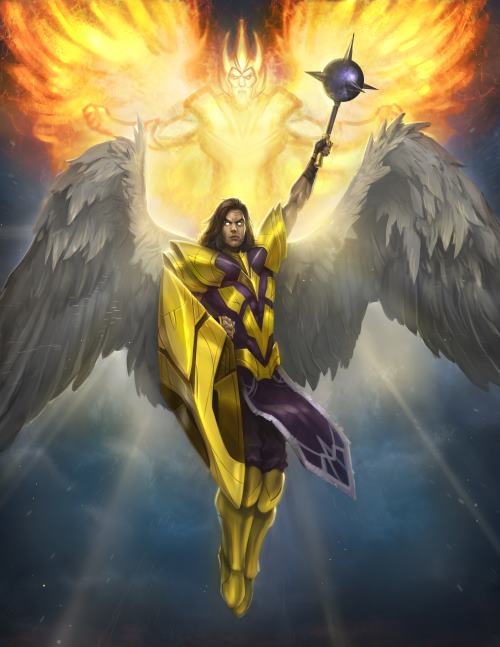 Iron Realms Entertainment presents the world's leading MUD. Under constant development since 1995, it's been called one of the deepest games in the world, and continues to attract a sophisticated audience of gamers today. Come be a part of our world.

Zmud is a wonderful thing! (we went through a lot of clients before we found Zmud and straight telnet is about the worst way to mud

We’ve used it for years. It is well worth the registration fee too

The Zmud community is helpful too. There are “add ons” (I like the one that speaks my tells and stuff to me in case I am in another window) and “gurus” to help you answer zmud questions.

I’ve been on a lot of muds and this one is by far the best!

Variant on the DikuII Mud, been online forever, had developed continuously since back when it was on dial-up.

Your usual medievil theme, elves, men, orcs etc, dragons, kings, evil beings. About 150 zones of various sizes to interact in. Lots of quests to do, and regular imm-run online-events. Good mix of oldbies and newbies, and very nice imms (ahem, ahem). 90% free to play, with a few member-only areas and items, for the members that support the server etc.

Connect on telnet://mud.valheru.com:4242 and ask for me if you have any questions.

Depends on what you’re looking for, really. I used to play NannyMUD from 1992 until about 1999, when my playing tapered off. Nowadays, I login maybe once a month, just to say hi to folks. Nanny is the traditional hack-and-slash mud. They’re really all the same when you get down to it.

IFmud, on the other hand, is more of a chatroom than a mud, but it’s centered around interactive fiction. I lurk there, as it’s a great resource for people who play and write text-based games.