What's the Farthest You've Ever Been (from home)? 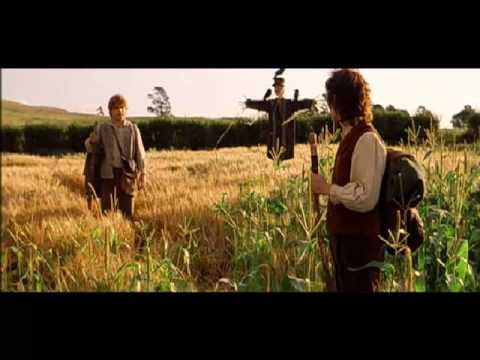 For years I’ve been thinking about this and guessing at the answers. Silly me! This being the age of information and all, I decided to start looking up the answer. And because web-based tools are easy to use, I figured, why not have a Straight Dope thread where others can share if they like?

Now, I see there is already a thread with this title. But, it’s not been posted to for 21 years! Let me start a new one therefore, and upfront, let me suggest a few metrics I’d like to hear.

Suggested web based tools for distance and lat/long finding:

The popular distance calculator calculates distances in kilometres between any locations and coordinates, providing route planners, interactive maps, and information.

https://www.latlong.net/
(As far as I can tell, these are ad and malware-free. Although the lat/long finder has an arbitrary daily quota on lookups. You might also try Google Earth.)

A follow-on message: I was particularly inspired by this “furthest from home” mapping after meeting a neighborhood kid who, before I met him, had only journeyed to Kentucky, from northern Indiana. He hadn’t even been to Chicago. So his metrics were like “500 km (furthest), Fowler, Indiana (N), Kentucky (S), Fowler, IN (W), Kentucky (E).” Such a small area of the globe.

Just by taking him with my son to the Museum of Science and Industry, we practically doubled the area of this box. We’ll make a Samwise Gamgee out of him yet. (Although I refuse to visit Mordor.)

From my place of birth

Not really that extensive. I’m not much of a traveler, for a 21st century human with discretionary income.

Let me add another “rule” to this exercise: When citing places, please include only places you’ve physically stepped outside into the open air. Don’t include aircraft flights (over the pole) or brief stays changing planes in airports.

I suspect most of use that were in the Navy were as far away as possible. Around 12,450 miles.

My suspicions might be wrong. It looks like I barely made it 10,000 miles from home somewhere in the Indian Ocean and Singapore was the furthest land I was in. This was about 9500 miles.

Furthest North for me was
Lossiemouth, Scotland at 57.7°N (Honeymoon in Scotland) Someday I’ll visit Iceland giving me a new furthest north.

Furthest South, East & West was somewhere in the Indian Ocean.

from where I live (and have lived since a kid): Syracuse NY

Sure, being on the deck of a ship grants you access literally to the opposite side of the world…

Do you all remember this map? It projects the world map (country boundaries etc.) through the earth to help you find the opposite point from any arbitrary starting point. It is not the most detailed, but it might help…
https://imgur.com/KWpyhcO

I’ve moved too often, so:

About 4800 miles from NY to Rio De Janiero. Living in RI now it’s about the same distance, a little further north but also further east.

What the heck - from my current home:

If you allowed airport landings my furthest north would be Reykjavik, Iceland at latitude 64.14 North but that was a refueling stop during the Atlantic crossing to and from Brussels. I did not actually exit the airplane, although the airplane was on the ground for awhile.

I’ve lived most of my life in and around the Boston area.

I’m not sure how to measure East/West, as I’ve been around the globe pretty much. If you go by absolute longitude values it would be:

OMG I am embarrassed, in that I forgot my trip to Iceland. Let me suggest my new “farthest north” be amended to the site of the “world’s first parliament” at Thingvellir: 64.25 deg North. It blows away Skagway (merely 59 N).

Farthest from home: 2300 miles from where I was living at the time in upstate New York to Los Angeles.

7435 miles, from my then home in Utah, to locations in Afghanistan.

The interesting thing, is that Google Earth had to measure over the pole to get that distance.

Tripler
I flew around the world to get there, though. Not over it.

A measly 4.1k miles and change from my place in WI to Winterswijk, NL.

Furthest from home would have been Singapore, 14,880km

Furthest north looks like Twillingate, Newfoundland, which we drove through when I was a kid (we wanted to see the icebergs. took a few chunks home with us)

Furthest south would be San Juan, although the cruise ship might have gone a bit more south at one point.

Furthest East would probably be Tokyo.

Furthest west would be Vancouver.