Can anyone tell what year it is?

Generally, the easiest way to tell the difference between a '67 or '68 for any vehicle for the US market are the presence of sidemarkers. They became mandatory in '68, although a few manufacturers started adding them a year earlier.

I’d sort of on-again off-again forgotten about this one from September. While waiting at a stoplight, I saw a small trucky thing in the oncoming left turn lane suddenly kick out into our forward lanes (@ the forward blue shirt guy). It looked like a fairly routine rear ending. The traffic pattern let me proceed through the intersection when I noticed the striking trucky from behind was on its side, seen here: 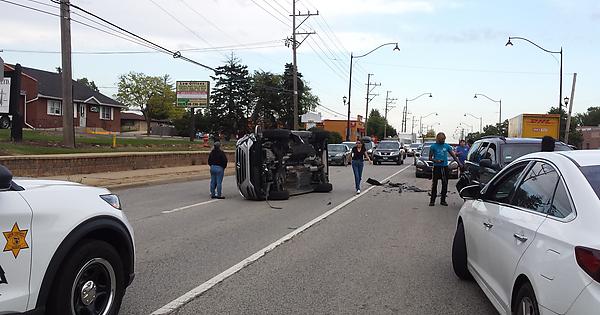 I’m a former licensed EMT and joined the others that ‘responded’ to help which mostly consisted of getting the tailgate open and learning the driver was conscious, probably drunk, and couldn’t release his seatbelt and that the vehicle wasn’t on fire. The photo is from after a sheriff’s deputy stopped (at right) and basically told us all to go away. Luckily, I was able to then get back in the car, take this pic and roll out because I’m sure traffic was horrible for ages behind. I passed loads of first responders oncoming as I made my escape.

In Los Angeles yesterday I saw an Iso Grifo on the 405. I’d never before seen one — ever! It was a good running example and it was humming along.

They say that if you spend enough time in Southern California you’ll eventually see one of every car ever made.

I honestly had to Google that one. That was a car I’d never heard of before.

Today I saw a Datsun 240Z. It looked restored, but appeared pretty much stock. It was painted orange, which wouldn’t surprise me if it was the original color, just because it seems like a very 1970s color.

Then about a block away I encountered a late 1940s Plymouth that was clearly somewhat retromodded and very much not stock. Honestly I liked the Datsun better; I prefer old cars that are kept stock.

Both cars were driven by grey haired old men, which is exactly the type of person you’d expect to be driving such a car.

Out for a walk I saw Bentley Bentayga V8 SUV, not a bad ride for the snowy winter.

I forgot to post yesterday – a shiny red 1980s era Toyota pickup, with the blue California license plates of the era. It looked completely immaculate, which is pretty unusual for a 30-40 year old pickup. Most of them got used for work, and they’re not really the kind of vehicle people restore. I guess it’s possible it got a repaint at some point, but it also had 80s style stripes down the side. Would someone really go through the trouble of redoing the stripes after repainting an old truck?

If it’s as pristine as you say and the owner is into that sort of thing, then most definitely … even right down to a period dealer sticker or tag on the back

Would someone really go through the trouble of redoing the stripes after repainting an old truck?

It might have been refurbed by Toyota. They do that sort of thing.

So while Googling to see if I could find a picture of a similar looking truck, I stumbled across a site that sells reproductions of the original decals.

From what I can remember this was the style of stripes on the truck I saw:

From what I can remember this was the style of stripes on the truck I saw:

If those stripes were hued deep orange to yellow, it’s quite possible.

They say that if you spend enough time in Southern California you’ll eventually see one of every car ever made.

Absolutely. I should remember to post in this thread.

This week I saw a Porsche 356 parked nearby. Talked with the owner a bit, it was from 1953. Beautiful car, painted a deep wine red, but tiny on the inside. 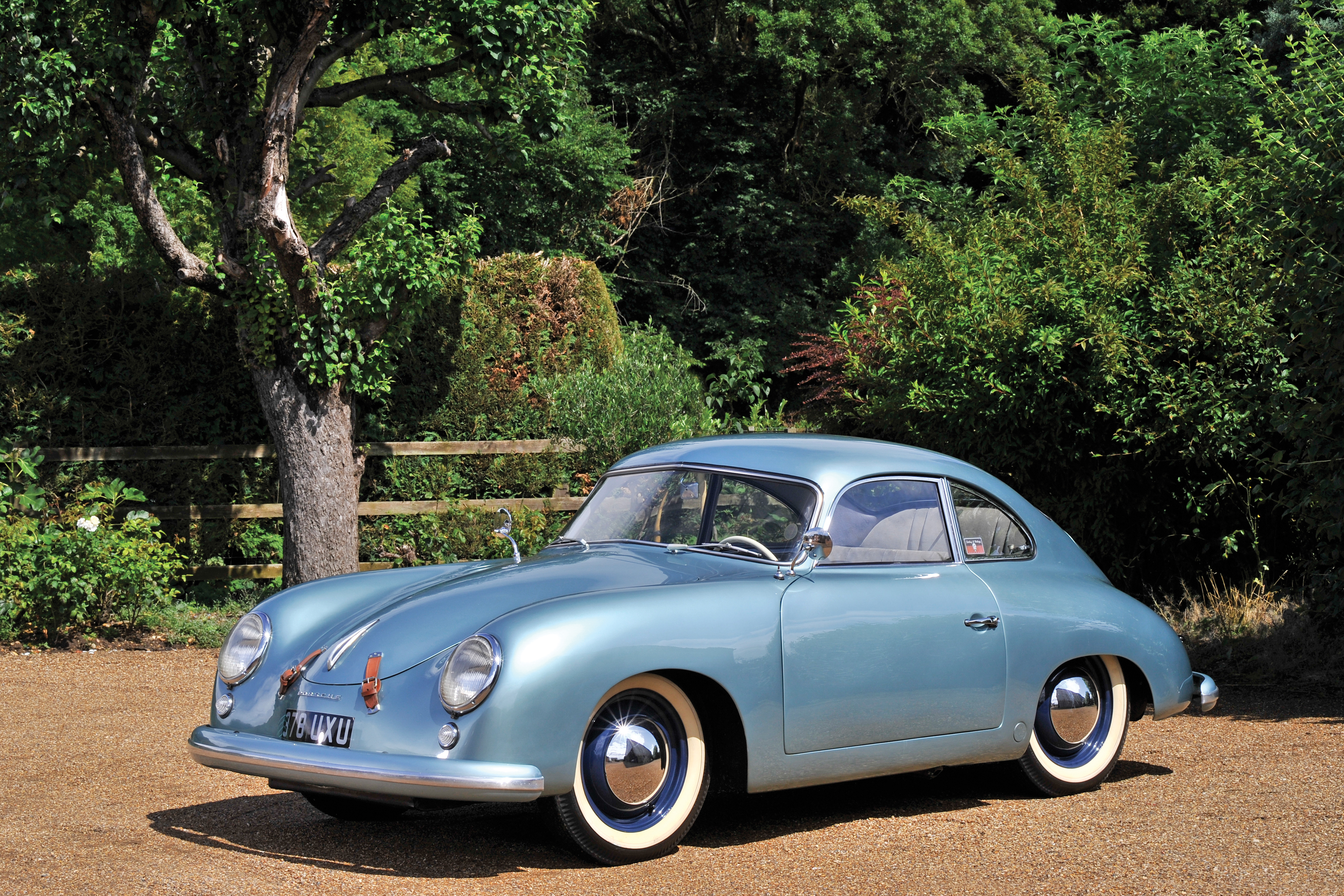 Another in the category of everyday cars from 30 years ago, this late 1980s or early 1990s Civic, in extremely nice shape for its age, was parked in front of a local shopping center. 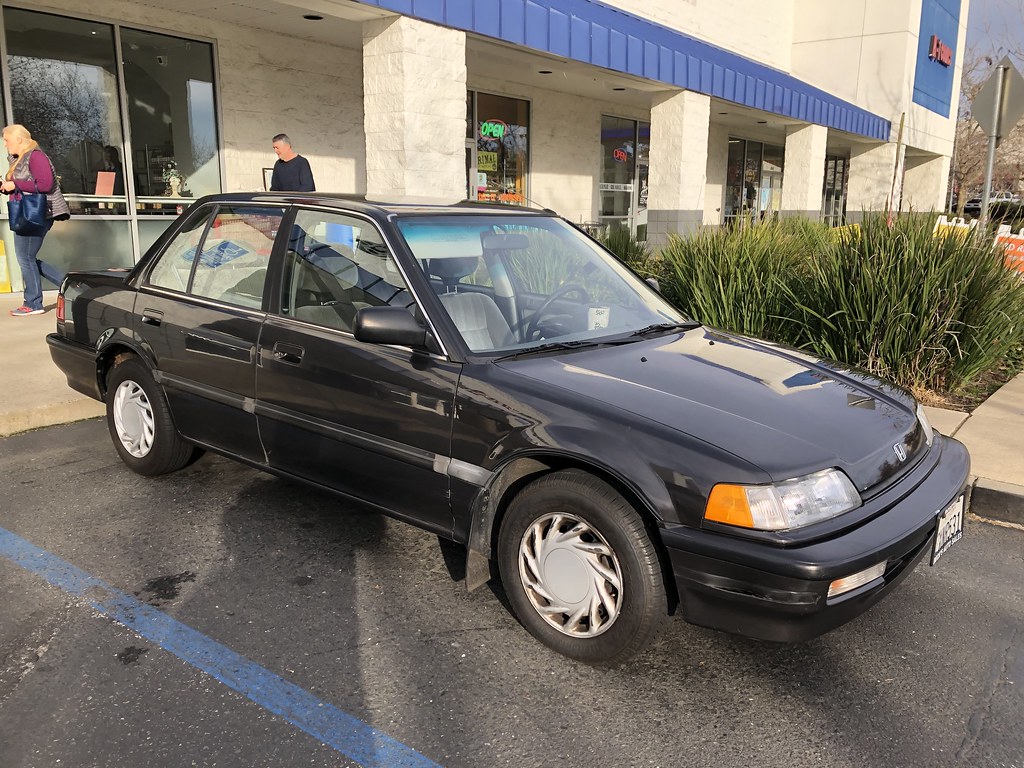 Guards Red, 1980s Porsche 911 (don’t know if it was an SC or a Carrera) with a Turbo tail at a local gas station/temporary storage place. It’s the same place that had a 1975 MGB that was towed, and which my mechanic bought. ($2,000, if you’re wondering. Good condition, but needs cosmetic help. Blaine, WA.)

Another in the category of everyday cars from 30 years ago, this late 1980s or early 1990s Civic, in extremely nice shape for its age, was parked in front of a local shopping center.

I was trying to see the front plate. This DMV display can help ID when a California car gets its plates. I saw this my last time there and snapped these pics. 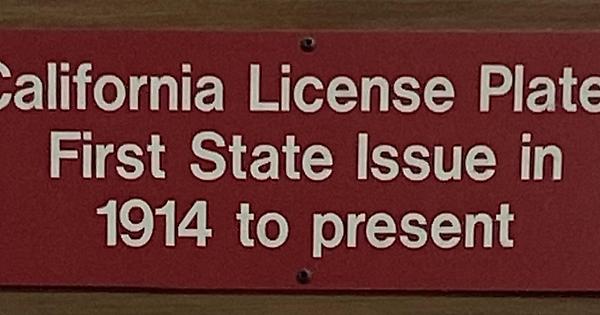 A red Acura CSX. This is one of their early models so I was surprised to see it covered with salt-spray when I went grocery shopping. Maybe it’s been demoted to “winter-beater” but the exterior was in great condition.