When the cat comes back

I had four kittens born at the end of April, that lived on my back porch. One I managed to adopt out. The mom I took to the shelter, after the other three disappearred. I still don’t know what happened to them.

Wednesday afternoon I heard a knock on my door. It was the little boy from next door, who loved the baby kittens. He had a young yellow cat in his arms. It was the one I adopted out. He said the ladies who took it had driven up, saw him, handed it out and said they didn’t want it now. Bitches.

I took him and he’s now locked in my bathroom. Yesterday I took him to the vet, after I got home from work. I got him a feline distemper shot, but he’s not old enough for the rabies shot. He’s so sweet, and I do know he’s litter trained at least, which is a plus. He reminds me so much of a cat I had before, named Road Warrior, but I can’t afford a third cat. I have two older cats, one which seems disturbed there’s a cat in “his” place.

I have a FREE ad in our paper, that started today, but so far no calls. I’ll send him off with food, a bed, and a paper to get the rabies shot later.

Anyone want a sweet three month old kitty? Why do people “change their minds”? They just handed it off to the kid, didn’t even contact me.

Does the boy from next door want to keep it?

I’d love to have another cat, but I’d have to get permission from my rental manager and probably pay another $200 deposit. When I moved I had to find homes for several of my cats because I couldn’t fly all of them down here with me. One of them was a long-haired orange cat named Pumpkin.

He can’t. His dad says they have two dogs already, and the child is allergic to cats anyway. That’s too bad.

Where do you live?

About the only positive thing I can say is that at least they didn’t just abandon it.

Where do you live?

Topeka, Kansas. If I could find a Doper who wanted him, within a couple hours drive, I’d be willing to drive him there. The kitty has such a loud purr, and loves to play. Of course, locked in the bathroom all day he’s bored, but it’s the best I can do to keep him and the older cats I have apart.

I thought there was rule about posting pics in these threads…

I know it’s going to sound stupid of me, but I don’t know how to post pics. I have a friend I can ask though, another Doper nearby.

Picture a young, slender yellow-tan cat, 2.6 pounds, with small points of white on paws and at tip of tail. Big, yellow eyes, pink nose, with the loudest purr I’ve ever heard on a cat, and I’ve known quite a few. “Tommy”, the provisional name I’ve given him, until adopted, loves the pounce on a string you drag across the floor. He eats a lot too. He’s a growing boy and perhaps didn’t get the right food before I got him back, although his coat is okay.

I was serious about being willing to drive him to a good home, if it’s within a couple hours reach. And is someone was just a little further away, and really really wanted Tommy, well, maybe we can work it out.

The Cat Came Back
the very next day…

I took the title for my thread while thinking of that cartoon. I recorded it back in 1999, from the Cartoon Network. They had a daylong series “The Fifty Greatest Cartoons of the Millennium” This one came in at #5, the highest ranked non-Warner Brothers cartoon.

I assure you that this “little yellow cat” is nothing like that one!

I was serious about being willing to drive him to a good home, if it’s within a couple hours reach. And is someone was just a little further away, and really really wanted Tommy, well, maybe we can work it out.

Alas, I’m in central PA, so far too far away to take him.

Please don’t ever do a “Free to a good home” with an animal. There are unscrupulous types out there who watch for those kinds of ads because they can turn around and sell the animals. Unless it’s somebody you know or a rescue group you should always charge something to deter that. 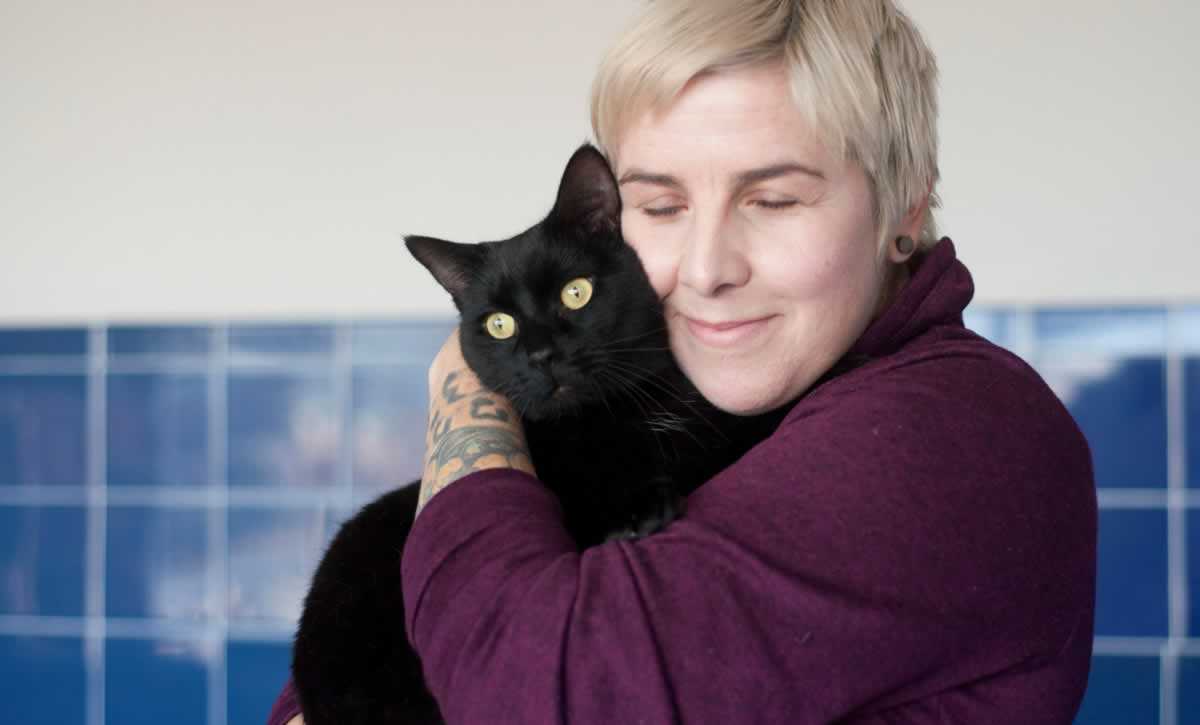 Dogs, cats, rabbits, birds, and other animals suffer in the pet trade and at the hands of abusive humans. Learn about the issues affecting animal companions.

You can use http://www.petfinder.com/ to search for a rescue group (“animal welfare group” in their terminology) based on your local zip code. Even if those groups can’t help directly they may have useful suggestions for resources in your area.

Please don’t ever do a “Free to a good home” with an animal. There are unscrupulous types out there who watch for those kinds of ads because they can turn around and sell the animals. Unless it’s somebody you know or a rescue group you should always charge something to deter that.

Thanks for the advice. I considered what you said and called a group here in town, the CAT Association. It’s a no kill shelter. I asked for advice on getting a cat adopted out, and they told me free ads were a bad idea, as you said. I was told to ask if they had a vet, and advised not to adopt out if the caller said something like “Oh, we’ll get one”, or if they’d had several cats and said “they were okay without it” Apparently the CAT association gets a lot of applicants who don’t measure up, and they turn to the free ads, thinking nobody will check up on them. One other thing to ask for, I was told, was if the caller lives in an apartment. Sometimes folks try to sneak pets into no-pet establishments, are caught, and then abandon them. But if a caller was willing for me to check with their apartment manager or leaseholder, then that was a good sign.

I had two calls today, and neither had vets, so I turned them down. One seemed kind of indignant, so I said “thanks for calling” and hung up.