Read something that said a couple makes about 1700 decisions in the first year alone once they have a child. After that “decision”, it stated that the biggest effect on the child was where to raise it.

Of course that makes some difference, but arguably less now than at many other times in history. What factors are equally important, apart from “choosing your parents well”?

Talking and reading to your young children. They’re at their peak of language acquisition and exposure to a wide range of words and voices and languages is the best way to get you a smart babby. Don’t baby talk with them, bring them to your level because they have to get there some time and the sooner the better. Any sort of communication helps too, so teaching baby sign works great to help them get over frustration and gives them that “Ah-HA!” moment regarding language sooner. Kids are going to mirror their parents’ vocabulary and verbal skills, so starting them off as sesquipedalians gives them a giant boost in the world.

I’m going to venture a guess that the decision whether to have a second kid has about as much impact as anything else the parents can possibly do. The difference in dynamics between a single-child and multi-child family is striking.

I also read somewhere that it is actually beneficial to read them the same thing over and over (if that is what the child wants). So, when they ask you to read “The Very Hungry Caterpillar” for the 50th time go ahead and read it to them again. No need to force variety on them at a young age (even if reading it for the 50th time is a little maddening for the parent).

Just want to say this is not necessarily a “decision”. We wanted a second child but were unable to have one.

I just saw this making the rounds on Reddit: 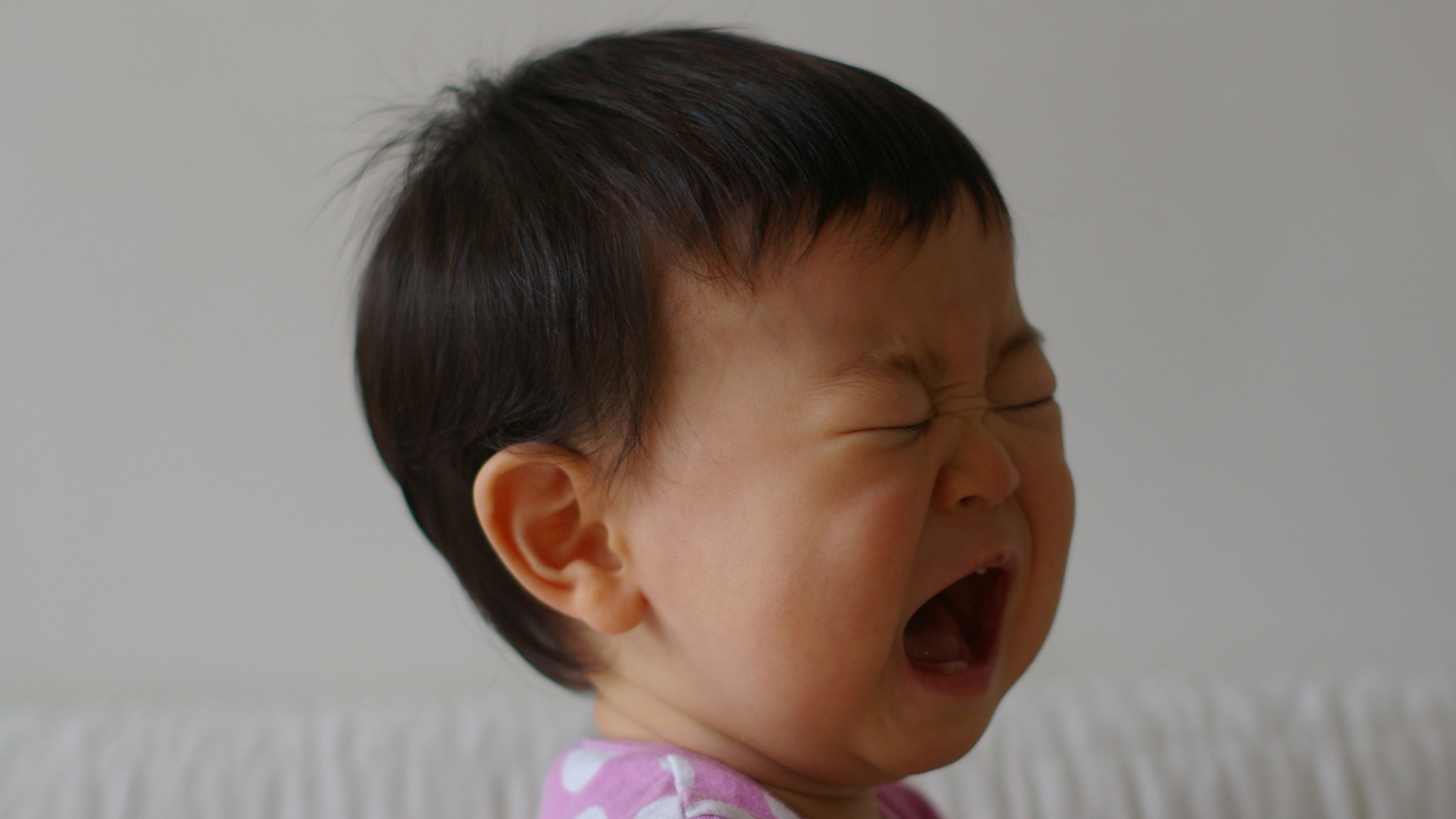 Repetition is indeed the key–I apparently taught myself to read via Little Golden Books read incessantly at bedtime while I sat next to the reading parent looking at the pages. My parents tell me that I had every book memorized and would correct them if they skipped or changed a word and I’d make them go back and say it right. At some point I guess my brain figured out that the words on the page corresponded to the words I had memorized and my parents swear they don’t know exactly when I learned to read for real because apparently I didn’t go through a phase of having to read aloud. Freaked out my kindergarten teacher something awful and resulted in me being skipped ahead a grade so I was always the youngest and smallest in every class.

So yeah, concur on repetition!

Just want to say this is not necessarily a “decision”.

Agreed, but not all parents can choose where to raise a child (per the OP) either.

Based on what we know of feral children, the biggest impact in development is exposure to modern people and modern ideas. Even just exposing a child (solely) to the culture of aboriginal peoples, through their childhood, will eventually make it difficult for them to develop an understanding of modern math, adapt to modern culture, etc. Basically, you can’t really become better than the people around you (on average).

Extrapolating from that, exposure to people who are real thinkers and who would challenge your mind are going to be the ones to challenge and improve your child.

If you go into a school and everyone seems kind of nice but dopey then, likely, they’re not going to be able to challenge your child and advance them to a to level. If you feel like the preschool teacher could teach you something about life and the middle school science teacher could blow your mind on the potentials for technological advancement, then that’s probably a good place to stash your child for several hours of the day.

Pay less attention to the curriculum and more to the people.

I’m not sure I get the reference to “where to raise them.” Does that mean nice suburban home near a park versus an inner city housing project? If so, yeah, that’s going to make a difference. But is that a parenting decision?

I agree with others. Read to them, be kind to them, inspire them and be a good example.

They’re at their peak of language acquisition and exposure to a wide range of words and voices and languages is the best way to get you a smart babby.

I’ve heard that more than one language can backfire because the baby may have difficulty distinguishing which language is which. I had difficulty speaking before age 5, and my parents theorize that it may have been because they were speaking Mandarin and English to me and I couldn’t recognize it as 2 separate languages.

One of my grandsons is learning German and English together. He is not picking up vocabulary in either as fast as he might be, but he will get there. One help is that there are defined times for each language. Pre-school is English, his father reads to him in German before bed, and German school is of course German.

I agree about reading, and having lots of books around helps also. Helped our kids and it is helping our grandkids.
My daughter strictly limited screen time for my oldest grandson. He has an amazing attention span, even at a very young age. I don’t know how much of this is due to genetics and how much due to not being bombarded by TV, but I think it helped.

One of the better things about Canada is it has a relatively good degree of social mobility. In Canada, most universities are, more or less, of similar quality. Education is pretty good in most places. Thirteen and a half percent of those born in the lowest income quintile join the highest income quintile. This number is 7.5% in the US, 9% in the UK, 11% in Denmark. On average.

What do these numbers even mean? Children of immigrants tend to be more successful. College towns and cities have more opportunities and role models. Education varies. But a quintile in one place nay not be the same as another due to differences in income and costs. Most people don’t move. Many can’t. But some places seem better than others - not just the type of residence.

I think children make is very easy for us to construct “just so” stories. I do it all the time. But its very hard to pick out cause and effect with any certainty. I would say the biggest thing is deciding, over and over, to put down what you are doing and pay attention to them. But that is not one choice, its a philosophy.

Even the reading thing is hard. Is it thebreading, or the having the sort of parents who would read to you? I hardly read to my son before kindergarten. I wanted to, desperately. I mean, i am an English teacher. I love books and had lists of books to share. He was not interested. Didn’t want to be read to, didn’t want to watch TV, really. He wanted to play.

But now, at 10, he’s the “reader” in his school. He reads 100-200 pages a day at school between assignments. Inhales books. And watches too much TV. But he was 6 or 7 before he could really enjoy someone else’s story. I’m sure all his teachers think i read to hom constantly as a child. Instead, the choice i made was not to fight him to listen to me read, but just to keep trying, real low key.

The most important decision is choosing the source of the other gamete.

(If you are having a child by reproducing, if you are acquiring a child in a different way, then that choice has already been made for you. Children enter families many ways.)

I think there’s also some value in modeling and reinforcing the behaviors you want to see. If your child sees you reading, and your parents reading, seeing bookshelves full of books at people’s homes, you discussing books with friends/relatives, and getting them from Amazon, etc… they’re going to get a very strong dose of “reading is good and normal” as a value.

And if they get a big dose of you watching sports, playing sports, talking about sports with friends and relatives, and consuming sports news and related stuff, then they’re getting the message that sports are good, and probably that they should play them.

I’m sure kids get a lot of less than optimal stuff modeled for them by parents/relatives/friends- so I think that there’s a big element of living your personal life as observed by your kids that is a big parenting decision/choice to make.

I know two examples of children raised in two languages. In each case, each parent spoke to the kid in their native tongue. The kids all turned out well. In one the mother spoke Swiss German and the father American English. When I met the family the four year was readily interpreting between the two languages for the two year old.

In the other case, the languages were Spanish and German. Then he went to a bilingual school in Montreal and grew up with four languages. His English sounds like native fluency; I cannot attest his French. I have heard him speaking German to his father and he now has a job in Argentina (where his mother is from).

My uncle married a French Canadian women, and they had two children. From the day they were born they heard both English and French regularly. Now they are adults, and they speak both languages fluently, with no trace of an accent in either. It’s actually quite remarkable to hear them.

I agree with talking and reading to your children is probably the biggest decision, at least that we have the most control over. Another tangential one to just paying attention to them, is the decision to “be” a parent. I think there is a difference between people who really want to be a parent and take the task seriously, and those that sort of drift into it without a lot of intention. The former will be willing to sacrifice their personal time to read to and talk to their kids, as well as be involved with them and their activities, while the latter may resent having to do those things, which may have a big not-so positive impact on the child later on.

Another one that looms large, at least in the USA, is when to send your kid to school. The whole business of “early” or “late” and “ready” and “not ready” that parents of kids born during certain months have to decide when to enroll them. But if your kid is born during the right months this is not as much a concern. For some kids, they can be the oldest or youngest in their class, and so may have some issues going thru the grades along with their peers.