Who will be Prime Minister of Iraq next week?

President Fuad Masum has designated Haider Al-Abadi to replace Nouri al-Maliki. (They’re both Shi’ites and both of the Islamic Dawa Party.) But al-Maliki’s faction is calling that decision unconstitutional.

Now the much-maligned constitution may have come to the rescue. It stipulates that the President – currently Fuad Masum, who was elected on July 24th – should call on the leader of the largest bloc in parliament to form a new government within 30 days. Maliki said that was him as leader of the State of Law bloc, but Maoum was open to other interpretations. Shia politicians in the broader but loose National Alliance wrote to the President Monday to say they could muster more votes than Maliki.

It was – in essence – a coup within the Prime Minister’s own party.

Despite the growing odds against him, Nuri al-Maliki is not going quietly. He has deployed militia loyal to him around and inside the Green Zone – the center of federal power in Iraq – and says he will challenge the President’s move in court over a “grave constitutional breach.”

“Maliki will pressure the constitutional court to issue a clearer ruling that prevents Abadi from assuming power,” says Kamel of the Eurasia Group.

Maliki also remains head of the armed forces and intelligence services, and commands the Defense and Interior ministries. Kamel suggests “Maliki could also approve a new military offensive against ISIS and claim that a leadership change would jeopardize the security environment.”

But the army has made it clear that its loyalty is to the state, not the Commander-in-Chief. Senior commanders have been alienated by Maliki’s formation of militia and special brigades that have taken resources and power from the military, as well as political patronage in senior appointments. Loyalty was prized above ability.

So – is Iraq going to have another civil war to deal with, at the same time as trying to deal with ISIS?

Iran endorses Al-Habadi, BTW. Which means al-Maliki can’t hope for support from the Iranian-backed Shi’a militia, Asa’ib Ahl al-Haq. The question is not whether he can win this fight, I think that’s out of the question, but whether fighting can be avoided.

These guys don’t seem super focused on the north half of their country being invaded.

But it sounds like pretty much everyone is done with Maliki up to including his own party. So my money is on the other guy.

This guy’s no Saddam Hussein.

That settles that, I think.

That settles that, I think.

Who will be Prime Minister of Iraq next week?

I understand Anthony Weiner is between gigs.

Happens pretty often, actually. Saddam, the Taliban, al-Qaida, ISIS, al-Maliki up until, what, a coupla days ago - and now this Al-Abadi fella, too.

I don’t know if it makes the US uncomfortable, but any common ground that can be found is a plus, in my opinion.

BAGHDAD — Iraq’s prime minister-designate, Haider al-Abadi, seems to have the backing of nearly every major political alliance in the country, but there’s no guarantee he’ll be able to take office as long as the current prime minister, Nouri al-Maliki, holds the keys to power in the Iraqi capital.

Al-Maliki made that point clear Wednesday in a televised address in which he once again declared his intent to fight to keep his post.

This time, he announced that al-Abadi’s appointment to succeed him had “no value.” Al-Maliki also warned that chaos might follow if Iraq’s federal court doesn’t side with him in interpreting Iraq’s Constitution in his favor.

“This government will continue,” al-Maliki said, until a court orders him to step down.

Al-Maliki filed the complaint with Iraq’s supreme court earlier this week, alleging that President Massoum subverted the constitutional process by delaying a choice for prime minister. Al-Maliki also argued that his State of Law coalition, a Shiite group that includes the Dawa Party, should have the first choice for prime minister instead of the broader alliance that selected al-Abadi.

"Iraqi Prime Minister Nouri Maliki has stepped aside, ending political deadlock in Baghdad as the government struggles against insurgents.

He resigned on state TV to make way for Haider al-Abadi, who was asked by Iraq’s president to form a government." 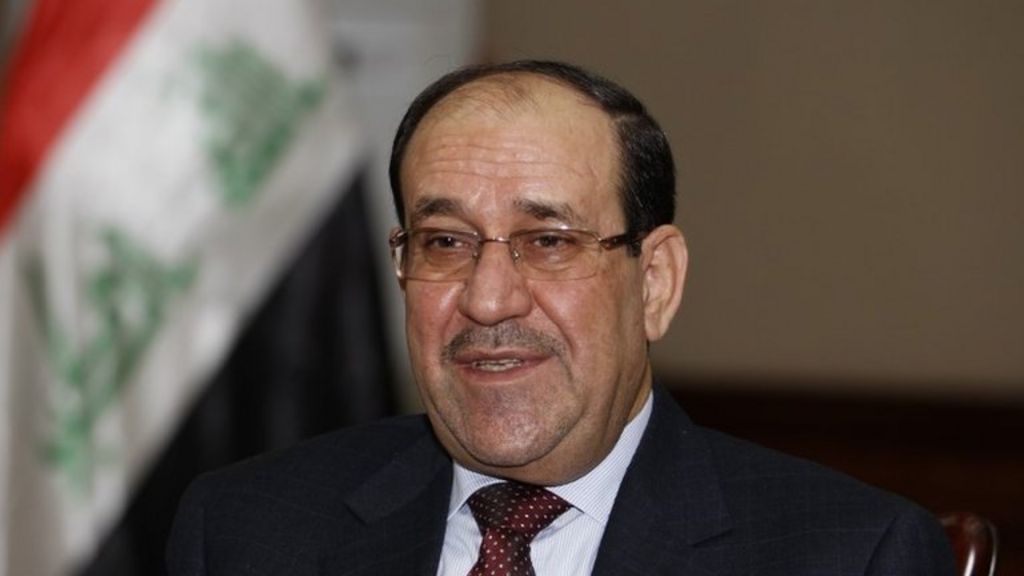 Iraqi Prime Minister Nouri Maliki resigns to end a political crisis in Baghdad, in a move that is welcomed by the US and UN.

Iraq lucks out for once!

But. But. Wasn’t Maliki “our guy” for both Bush and Obama? That Bush had regular phone conversations with him and that Obama chose to support him in his reelection bid–even though he came in second?

But. But. Wasn’t Maliki “our guy” for both Bush and Obama?

But. But. Wasn’t Maliki “our guy” for both Bush and Obama? That Bush had regular phone conversations with him and that Obama chose to support him in his reelection bid–even though he came in second?

Saddam was ‘our guy’ at one point. Being ‘our guy’ and 5 dollars will get you a great cup of coffee.