Like Rand Paul, whose positions are similar to McConnell’s, plus a heaping helping of antivax/conspiracy theory crazy sauce.

Threatening people’s Social Security and Medicare benefits in the middle of a campaign is usually considered a disastrous move, even for Republicans. Johnson said Medicare and Social Security benefits should instead be approved by Congress on an annual basis as discretionary spending.

His Democratic opponent should include this in every single TV ad.

Democrats will sweep both the House and Senate big time. Time to put feet back and relax.

I’ve seen what happens after such predictions are made, and it ain’t pretty. Get your feet back on the ground and hit the pavement because, otherwise, “Oopsies! I guess I was wrong” won’t be accepted as an excuse any longer.

Wow. I don’t know a rail track could have a third rail AND a fourth one.

All of them with double electricity. 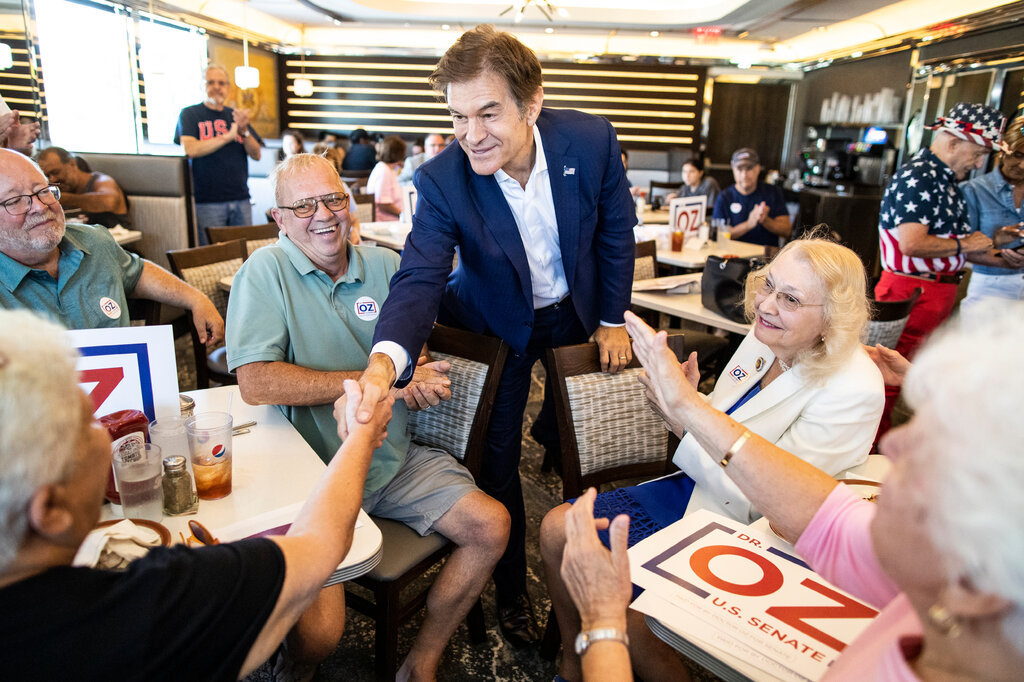 In a sign that fund-raising trouble is taking a serious toll, a key political committee cancels ad plans in Arizona, Pennsylvania and Wisconsin.

Wisconsin?! That would be a dream come true.

I could see the NRSC throwing AZ and PA overboard if the polling remains atrocious, but there’s no way they’re giving up on Ron Johnson. Unlike AZ and PA, he’s an incumbent and the NRSC would be loath to pull the plug on a sitting Senator. Plus, it’s unwarranted – polling has been sparse lately, but WI is within a couple points in every previous poll.

They’re probably just shifting money around and coordinating with Republican SuperPACs to pick up the difference. No, that can’t be it because that would be illegal. . . BWAHAHAHAHAHAHAHAHAHAHAHAHAHA!

This tweet from the NRSC and a verified Twitter account seems to indicate that it’s just an accounting measure. Makes sense to me, I can’t imagine triaging any of those states when it’s not even Labor Day.

@
This is false, as I told Shane. The NRSC is not cancelling spending. There is money being moved from the I.E. side back to the NRSC side of the wall. Nothing in this story is accurate. The NRSC has already spent $36 million on TV and has tens of millions more reserved.
← previous page