Since the 6 Jan 2021 thread was closed at the request of the OP, I’ve been looking for a place to post about all the things that have been happening in the aftermath but only finding pieces scattered here and there, so I’m starting a thread to hopefully consolidate the events. The White House and cabinet resignations, the Hawley book deal that got canceled, the talks about the 25th amendment, the talks about impeachment, the fate of the rioters, the discussion of Trump’s suspensions from Facebook and Twitter, what will happen for the next 12 days, etc.

All fair game for this thread.

Some U.S. Capitol rioters fired after internet detectives identify them

Some of the rioters who stormed the U.S. Capitol were fired from their jobs on Thursday after internet sleuths publicized their identities.

Several people have been fired from their jobs for participating in the riots.

One of the people shown in the D.C. police photos wore his work identification badge inside the capitol and was identified and fired by his employer, Navistar Direct Marketing of Fredrick, Maryland.

He was seen in the Capitol. His employer allowed for the right of peaceful protest but stated that “any employee demonstrating dangerous conduct that endangers the health and safety of others will no longer have an employment opportunity with Navistar Direct Marketing”

A woman was fired from a real estate agency although she claimed she was only on the steps of the Capitaol, took a selfie and left.

Andrews said she had climbed the steps of the Capitol without encountering security, posted selfies from the scene on Instagram, sang the national anthem and then moved on. Online critics were quick to post negative reviews of her real estate work on a ratings site.

A professor resigned from a college in PA after his Facebook posts were seen.

A lawyer working for an insurance company was fired after he used social media to post about being teargassed.

Paul Davis, a lawyer at Westlake, Texas-based Goosehead Insurance, used a social media account to broadcast his participation at the capitol, saying that he had been teargassed.

I’m with you about starting this thread, but you might want to tweak the title. The storming of the White House is still a ways off.

Methinks these self-styled revolutionaries should look up documents like the Articles of War et al as to what happens when an armed insurrection to overthrow the government fails and therefore is known as a mutiny.

Getting maced, teargassed or having a gap in their employment resume might be the least of your worries. As said Stephen Colbert S6 E407 (from 7:00) “It’s a revolution and you are complaining that they maced you? In a real revolution, when you lose they chop your fucking head off”.

And having so ineptly failed … why would you go bragging about it on social media?

I actually struggled with the title. Depending on one’s point of view, it could be a protest, a riot, a mobbing, a coup attempt, an insurrection and all points in between or all of the above.

It was difficult to come up with something that just described what happened succinctly.

I hear you! Just wanted to point out that the storming was of the Capitol.

To some degree BY the White House. But not of it.

I was so focused on the words that went before it, I didn’t even realize I posted the wrong place. Thanks for the correction. Maybe the mods will change it for me.

Nobody stifled free speech, they’re just enjoying the consequences of their behavior.

There is no private sector employment protection for free speech, let alone for being part of an insurrection. Flip off the president’s motorcade and you risk being fired. And risk then winning elected office.

Are these firings justified, or in some cases, a stifling of free speech? -

Criminal activity is not free speech.

At least six Republican state legislators took part in events surrounding the storming of the US Capitol. West Virginia Delegate Derrick Evans posted a video of himself entering the building but later deleted it, The New York Times reported.

Tennessee state lawmaker Terri Lynn Weaver told the Tennessean that she was “in the thick of it” during the rally before the storming of the Capitol. She said there was “Just a whole heck of a lot of patriots here".
. . .
Virginia state Senator Amanda Chase denied that any violence had taken place, despite the overwhelming evidence, and later accused the police of murder after the shooting of a California woman inside the Capitol.
. . .
Missouri State Representative Justin Hill skipped his swearing-in ceremony to be in DC. He marched to the Capitol but didn’t enter
. . .
Pennsylvania State Senator Doug Mastriano made sure that a busload of people could be in DC. He said in a video that he didn’t participate in the clashes with police, The Hill reported.

Michigan State Representative Matt Maddock was also at the scene, according to The Hill .

Yeah, those lawmakers should DEF be charged with sedition I think. Might be forgivable to be charged with a lesser crime, if you’re just a citizen, but an elected official? There should be ZERO tolerance, they should be charged, convicted and removed from their posts.

Joaquin Castro wants to make sure no federal buildings will be named after Trump. Would they be anyway?

Democratic Texas Rep. Joaquin Castro announced in a tweet Thursday that he would be introducing legislation that would prevent any federal buildings or property from ever being named after President Trump.

Tweet from Trump throwing the rioters under the bus. He condemned the riot and said there would be a peaceful transition of power on Jan. 20. Is this the same guy that incited the riot a couple days ago? 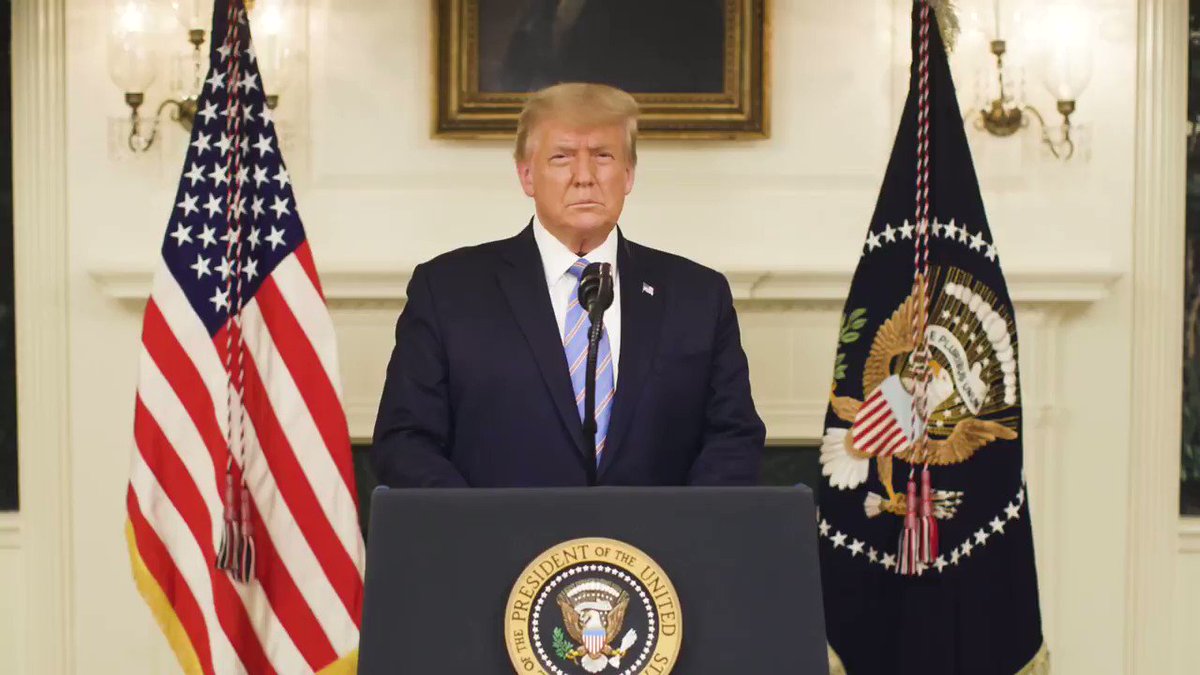 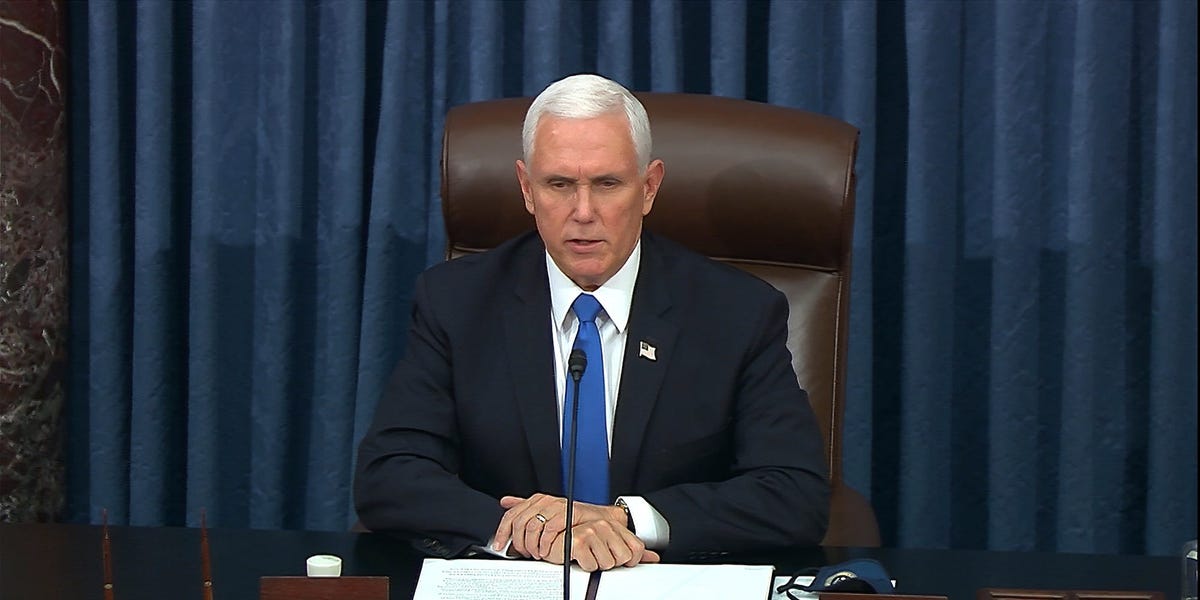 The vice president opposes removing Trump via the 25th Amendment after Wednesday's attack on the Capitol, advisors told Insider.

Some Democrats are accusing Elaine Chao and Betsy DeVos of resigning to sidestep the 25th amendment question. But maybe it wouldn’t matter if Pence wouldn’t back it anyway. 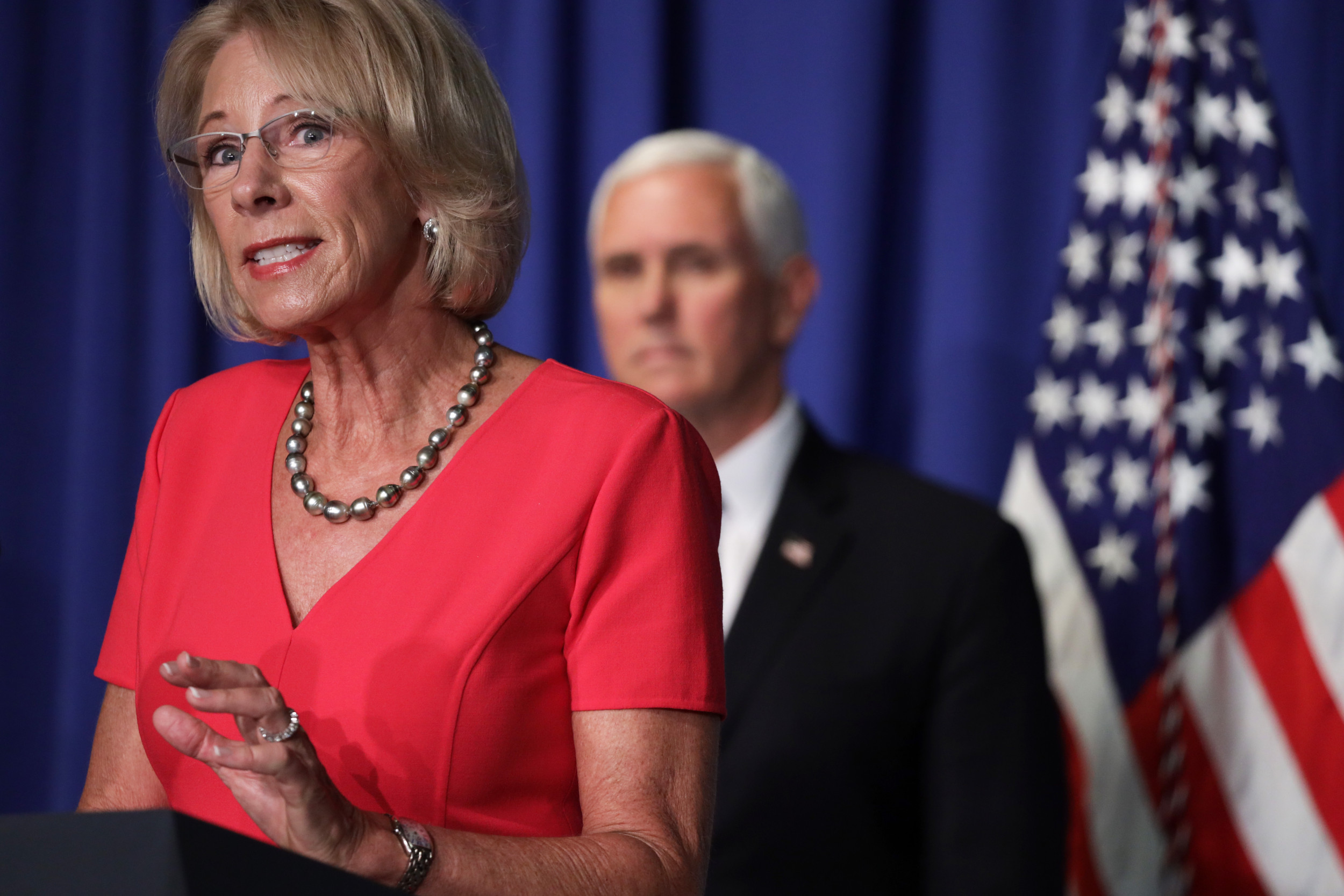 The pair both left their posts following the recent violence at the Capitol, citing the chaos in messages announcing their departures.

The Capitol police chief and seargent at arms all leaving at the request of the Democrats.

Some Trump supporters are saying that another riot will happen for Biden’s inauguratoin.

'It needed to happen': Trump supporters defiant after Capitol attack, plan to...

Unrepentant participants and backers of Wednesday's violent occupation of the U.S. Capitol said they believe they did nothing wrong.

I thought Trump was in Twitter jail. Did they let him out already?

Yup, he just got out when he tweeted that.

His handlers deleted the tweets, which meant that he would be unsuspended after 12 hours. Also, I’m pretty sure they wrote that speech and Trump added the comments at the end.

This was just a call-in, so they admit it could be fake. But could Trump’s supporters be questioning him after he incited their riot and is now calling on the people who broke into the Capitol to be arrested?

Listen to a self-described Trump supporter rethink her support in real time.

I picked up an interesting tidbit from the network news last night? You know the idiot that stormed Pelosi’s office and took a letter from her desk…that particular stunt has drawn the attention of my favorite kick-ass law enforcement agency, the USPIS ( postal police ), the guys that arrested Steve Bannon.