Did you remember that or were you able to find the original column? Because I tried but could not find it earlier.

Did you remember that or were you able to find the original column? Because I tried but could not find it earlier.

I’d googled and found this.

In Bob Woodward’s new book, he claims that Chief of Staff Milley ordered senior military officials to pledge to him that they would not obey orders from Individual 1 to launch nuclear weapons without first consulting with him, Milley.

The article I read stated that Milley reminded them of what proper procedure is, which apparently is that there is a safeguard that Milley is to be involved in such a decision. Is that correct or not, I don’t know, but that is a very different interpretation from “not obey orders.”

Rachel Maddow said that Milley is not in the chain of command and so has no authority over military officials, so, it’s more likely that he asked to be involved rather than issued orders. This applied to Schlesinger as well. But I would guess both had the support of military officials who likely wanted to avoid nuclear war also.

Another tidbit from the book: Mike Pence apparently called Dan Quayle asking if there was some way for him to do what Cheato wanted. To Quayle’s credit, he firmly answered “N-O-E NO!”

Okay, I laughed my ass off at that. Serious stuff, but that was splendid.

Trying to remember someone’s quote from back in the day about looking into Quayle’s blue eyes and seeing clear through to the back of his head.

At least, when asked the most important question of his life, he came up with the right answer.

I heard a news commentator say last night, “I admit, Dan Quayle being the savior of our democracy wasn’t on my bingo card,” or something like that.

You don’t have to be a genius, or even a spelling-bee winner, to be true to your oath to preserve, protect and defend the Constitution of the United States.

That is certainly true. It was nice to see Dan Quayle prove it. 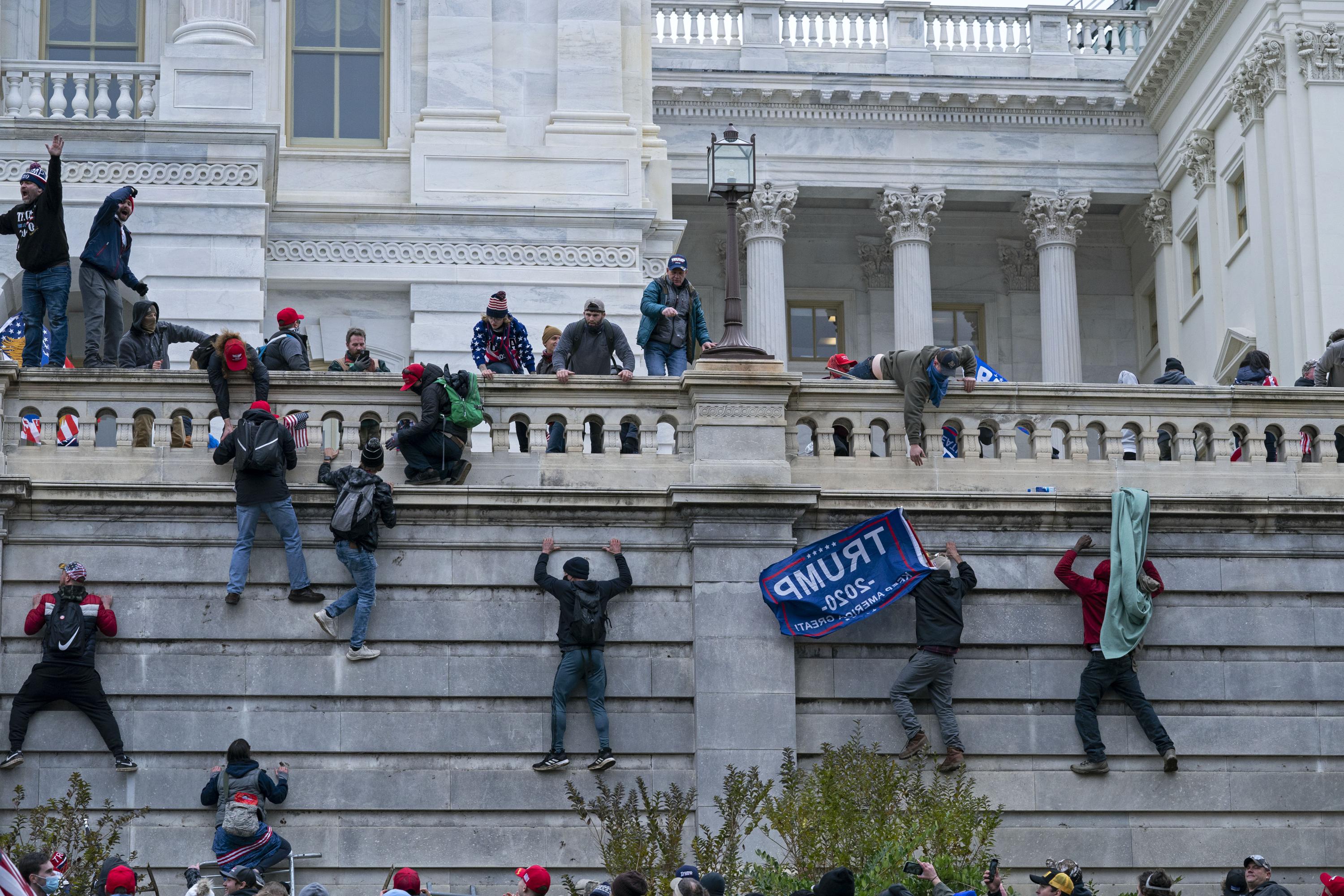 A member of the far-right Oath Keepers militia group that stormed the U.S. Capitol on Jan. 6 pleaded guilty Wednesday and will cooperate with investigators against his fellow extremists, marking another win for the Justice Department in its major...

Jason Dolan, 45, is the fourth person associated with the group that recruits current and former military, police and first responders to plead guilty to conspiracy charges for their roles in Capitol riot. The former Marine from Wellington, Florida has also agreed to cooperate and testify for the government before any grand juries and trials.

Quayle may be stupid, but he’s not crazy.

And he demonstrated that he has rock solid integrity. I always admire that.

Only in 'Murrica, amirite? Crews have started to put up perimeter fencing around the U.S. Capitol area in preparation for a rally in support of those arrested in the Jan. 6 attack.

Several streets in Washington will be closed starting as early as Thursday as officials put up fencing ahead of a rally on Saturday where demonstrators plan to gather in support of those arrested during the Jan. 6 insurrection by a pro-Trump mob.

According to an email sent to U.S. Senate staff on Wednesday and obtained by The Washington Post, crews are putting up fencing in areas around the Capitol, which was attacked on Jan. 6 by supporters of President Donald Trump who were trying to overturn President Biden’s election victory.
…

May it be loud but safe, and may no one be hurt or killed.

Nah, may it be quiet because almost nobody shows up for it.

Well, yes, that would be OK too - but unlikely.

I’m sure there are still some demonstrators that the investigators are trying to identify, and this weekend’s rally may be a good place to find them - returning to the scene of the crime.

Only in 'Murrica, amirite?

If the rules only apply when it’s easy, you don’t need the rules.

Why would a Texan complain about some street closures in DC?

May a lightning storm strike with deadly and vengeful accuracy.