No-o-o-o-o… I prefer that these demonstrators drop this whole ludicrous drama, but because this is 'Murrica, even demonstrators mired in stupidity can get street closures to display their boo-hooing for people who were arrested while trying to overthrow the government.

Ok, because your post was a link about street closures, so it seemed like you were objecting to that.

Didn’t Dubya’s people leave any memos on how to set up “free speech zones” where protests can take place without getting all up in people’s faces?

Didn’t Dubya’s people leave any memos on how to set up “free speech zones” where protests can take place without getting all up in people’s faces?

I know Bush the Elder did.

Individual 1 supports tomorrow’s rally and the insurrectionists they’re “protesting” in support of.
“Our hearts and minds are with the people being persecuted so unfairly relating to the January 6th protest concerning the Rigged Presidential Election,” Trump said in a statement. “In addition to everything else, it has proven conclusively that we are a two-tiered system of justice. In the end, however, JUSTICE WILL PREVAIL!” Trump expresses solidarity with rioters arrested in Jan. 6 attack ahead of...

In a statement, the former president said “our hearts and minds are with the people being persecuted so unfairly” for what he called a “Rigged Presidential Election.”

In the end, however, JUSTICE WILL PREVAIL!

Be careful what you wish for…

In the end, however, JUSTICE WILL PREVAIL!

Must be up for an award or something.

Insurrectionist SovCit taken to jail after outbursts in court and refusing to follow bail rules.
https://www.courthousenews.com/capitol-rioter-ordered-to-jail-after-snubbing-bail-office/

Trump said in a statement. “In addition to everything else, it has proven conclusively that we are a two-tiered system of justice. In the end, however, JUSTICE WILL PREVAIL!”

I certainly hope so.

Trump ain’t gonna be happy if it does, though.

“In addition to everything else, it has proven conclusively that we are a two-tiered system of justice. In the end, however, JUSTICE WILL PREVAIL!”

Especially the bolded part - I’ll eat one of Herzog’s shoes if Don came up with that. (mosty likely Miller, whom I’ll bet is somehow still flitting in that asshole’s orbit) 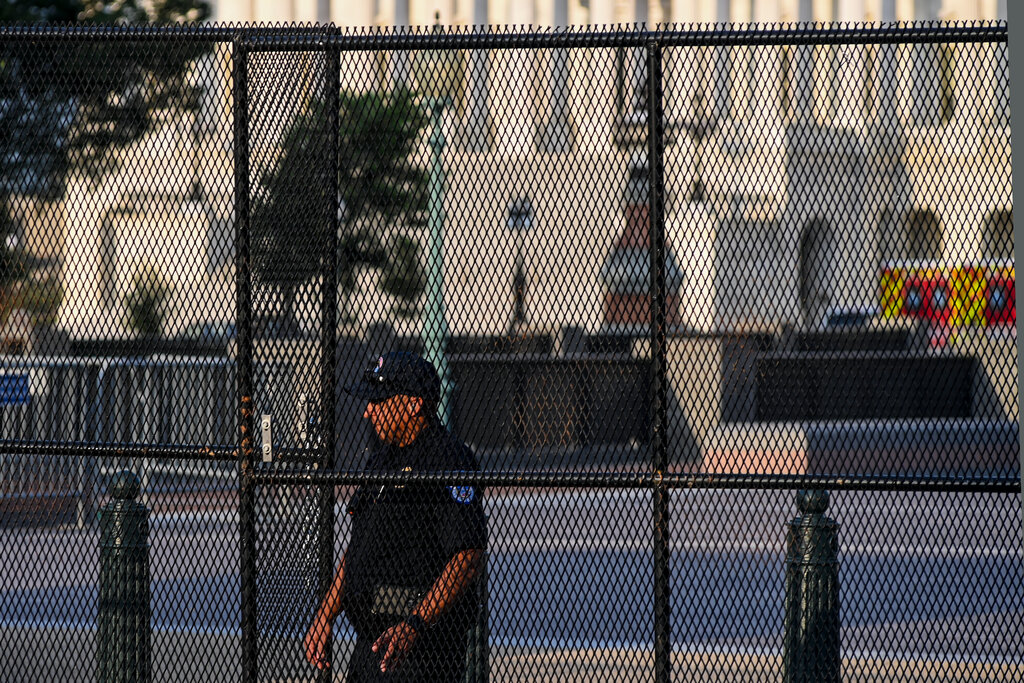 U.S. officials warn of potential violence at the Sept. 18 rally, but see no...

An internal report by the Department of Homeland Security’s intelligence office cited concerning internet chatter ahead of the rally supporting the suspects in the Jan. 6 riot.

…
“We are aware of a small number of recent online threats of violence referencing the planned rally, including online discussions encouraging violence the day before the rally,” intelligence officers from the Department of Homeland Security wrote in a report obtained by The New York Times.

The officers are preparing for violence to erupt with “little-to-no warning,” although authorities have not identified any “specific or credible plot associated with the event,” according to the document, which is dated Sept. 16, 2021.

Still, the report points to concerning chatter on social media, noting that intelligence officials have found that some people are discussing storming the Capitol the night before Saturday’s rally, “and one user commented on kidnapping an identified member of Congress.” Others on the internet have mentioned targeting elected officials, Jewish institutions and “liberal churches.”
…

Violence? I don’t see no violence hinted at. Just some polite chit-chat in between sharing cute cat photos and recipes for tuna casserole.

Friday night is a good time to attack a synagogue. Shabbat shalom, and all that.

Insurrectionist SovCit taken to jail after outbursts in court and refusing to follow bail rules.

"I have a right to self-determination. I do not agree to any tacit agreement that puts me back in the water. I am on the land,”

sigh I genuinely feel just a little bad for her - from where I’m sitting I’m concerned she is not fully mentally competent. But I feel a lot more for the judge that has to deal with that bullshit. A top Senate security official said the original request did not follow proper protocol. Chief J. Thomas Manger instead asked for troops who would be unarmed, other than batons, which was approved by the Department of Defense.

The U.S. Capitol Police chief formally asked for 100 armed National Guard members to be on standby for a rally this Saturday at the Capitol in case it turns violent, but he withdrew the request at the urging of a top Senate security official who said he had not followed protocol.

Days later, Chief J. Thomas Manger instead asked for unarmed Guard members after conferring with the official, Senate Sergeant at Arms Karen Gibson and the Pentagon, according to internal correspondence and three people familiar with the discussions. The Guard members would be armed only with batons and would be accompanied by armed police.

On Friday morning, the Defense Department approved the request for support, saying unarmed soldiers will be stationed at the D.C. Armory and will deploy only if necessary. It’s highly unusual for armed National Guard members to respond to protests, and strict rules must be followed in such cases.

But the change to the chief’s original security plans infuriated some Capitol Police officials. They privately argued it was a foolhardy repeat of a central mistake that had left the Capitol so vulnerable during the Jan. 6 insurrection — not preparing for the worst — according to interviews with three people familiar with the dispute.
…

Is this headed for an “I told you so” moment?

Especially the bolded part - I’ll eat one of Herzog’s shoes if Don came up with that. (mosty likely Miller, whom I’ll bet is somehow still flitting in that asshole’s orbit)

IF the National Guard goes into this unarmed, I hope there is a Deuce and a Half on stand by alert full of weapons and ammo for them.

This is crazy. They tried to overthrow the government once, and now may do it again.

It may only be 60 people, or 6000 at this ‘rally’ (2nd insurrection attempt). My guess is that they learned from the last one. And some or many may be armed.

What’s the NG supposed to use? Harsh language I guess.

I’d like to see the capitol surrounded by pop-up remote controlled water cannons.

Fizzle, or semi-fizzle at least.

A few hundred protestors, claiming not to be backing the violent Jan 6 crew but only the nonviolent ones. A batch of counterprotestors. All apparently done and over with, at least unless it was a feint; but I’m not seeing anything else major on the news. 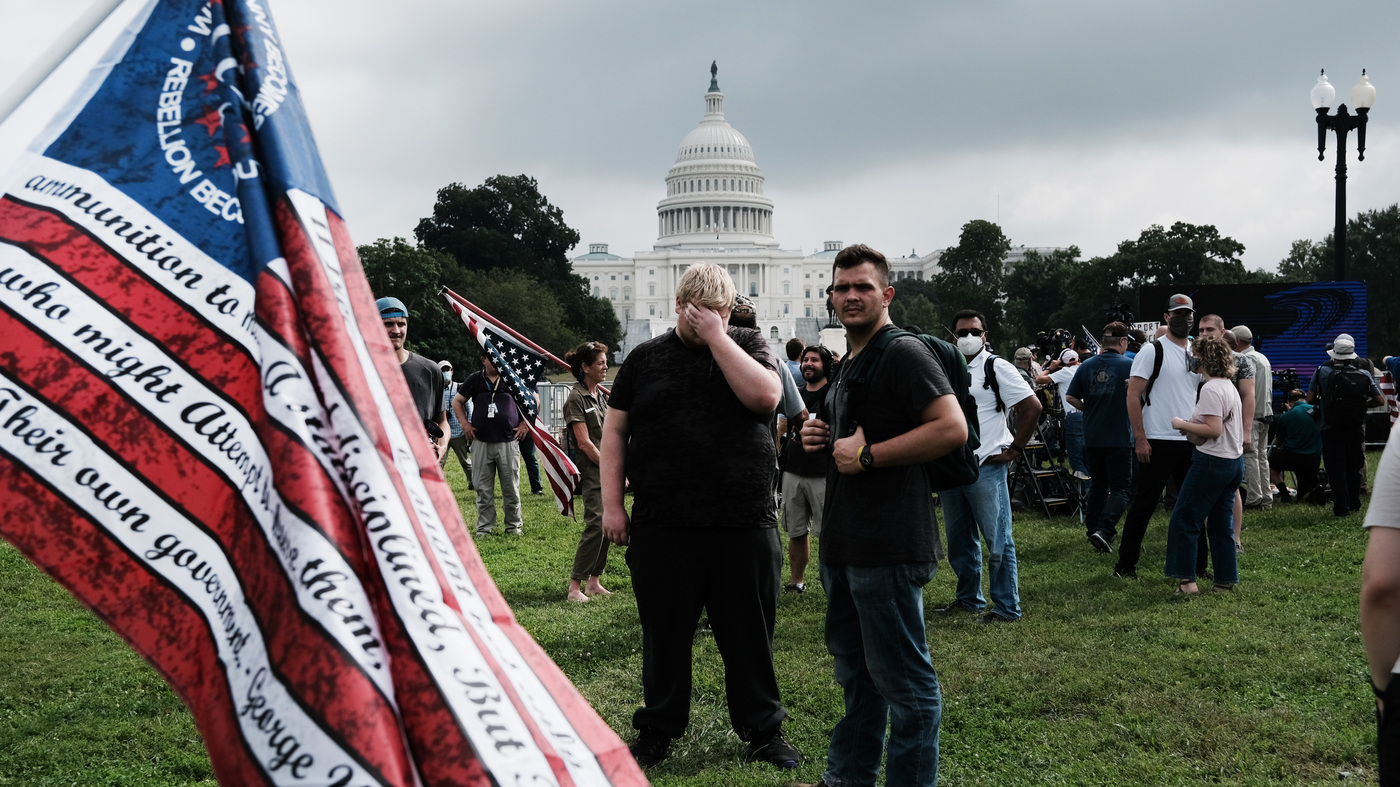 The crowds were demonstrating in support of people who are accused of participating in the Jan. 6 insurrection, which left several people dead.

Small crowd gathers near Capitol to protest treatment of those jailed in Jan....

There were signs all along that this “event” was going to fizzle. First, it was organized by this guy Braynard, who I never heard of, and I gather he was never a prominent public-facing apparatchik in Trump’s campaign. I doubted he would have had much of a following.

Second, he was calling for decentralized protests, to be held in multiple state capitols. So it might not have been a big crowd traveling all the way to D.C. for the action.

Third, I saw an article that there was paranoid chit-chat on the right-wing boards, warning that this was some kind of false-flag plan to bait wanna-be insurrectionists into coming, where the police would be waiting to mop them all up.

Even Trump seemed to think so. OT1H, he spoke all in favor of the brave patriots, OTOH but he also said he thought it was a set-up for the police to lay in wait for them and scoop them all up (Or something like that).

And finally, I think all that energy from Jan. 6 has largely dissipated by now, reduced to a dull roar of whinging from the malcontents. All that glorious excitement from the heady days of Jan. 6 and the voting in Congress and the crowds in the streets wasn’t going to be sustainable. The moment has passed.

Second, he was calling for decentralized protests, to be held in multiple state capitols.

Did those happen? I haven’t seen any news on it; but I suppose it might be only on relatively local news from some states, though I’d expect any really major commotion to have shown up on national sites.