A Thread for the Mueller Investigation Results and Outcomes (Part 2)

Regarding the veracity of the documents, I note that it seems that none of the other mainstream media outlets (Washington post, New York times, CNN) have picked up on this even to the point of just saying “unverified reports from the Guardian…” It may be that it is just so new that they haven’t had time to digest it, but it may also be that they are skeptical.

I was noticing the same thing. Crickets in the rest of the media.

I imagine they’re hard at work on verifying the story. If they immediately run with it and it turns out to be fake, it just helps Trump.

Caution is appropriate, but remember:

If you believe the Senate, Mueller, your own eyes, even Trump himself, then these documents likely reflect the process by which this started. And, to points made above, it fits with expectations, true. But it also fits the narrative as we watched it unfold.

Sometimes the smoke IS a fire.

Just because the underlying conclusion is correct doesn’t mean that the individual piece of evidence is authentic, and as we have seen before a carefully placed bit of bad evidence, can have the effect of de-legitimizing, a whole slew of actual real evidence. @ChockFullOfHeadyGoodness raised an important note of caution in the parallel Schadenfreuda thread on the same topic.

Nailed it a little too closely for my taste. I’m getting a strong Dan Rather/Bush AWOL-vibe from this one. Release a fake that “proves” what the left already believes, watch the media feeding frenzy, then expose it as a fake and shut down discussion of the issue forever.

Remember 2004? The Bush AWOL story was deader than dead after Rather ran with the fake documents, even though there was still plenty of other evidence supporting the AWOL stories.

(And yes, that’s a conspiracy theory I actually believe without any concrete proof. Dan Rather was set up by a Bush supporter, possibly even someone with ties to the Bush campaign.)

ETA: or I could just let him speak for himself

My problem with it is for something supposedly written before the 2016 primaries began, it is too on-the-nose. As I mentioned in the schadenfreude thread, I’m getting a Dan Rather Bush AWOL memo vibe. The one conspiracy theory I personally believe without a shred of confirming evidence is that Dan Rather was set up by a Bush supporter. AWOL story was gaining traction, the memo came out and was immediately debunked by a “random” internet sleuth, and the media immediately ran from the story, despite tons of other evidence supporting the allegations.

Same thing here.
Try this one…
Kremlin appears to throw Trump under the bus by leaking a memo that “proves” everything the left already believes to be true. Once the media bites, expose it as a fake. In the future:
Trump is beholden to Russia - “That was proven to be fake”
What about McConnell’s never-built aluminum plant? - “Russia is a fake story”
What about those 8 Senators who spent July 4 in Moscow? - “The Russia story was fake”
NRA laundering Russian money? - “Fake”
Russia is fucking with our elections? - "Fake"a

From here on out, the media is gunshy about reporting any Russian connections in any context because everyone “knows” the “Russia stories are fake”. Now Russia has cover for more fuckery.

Edit: Thanks for the assist @Buck_Godot

Lol, but that’s what Trump supporters are already saying and have been doing so since 2016. Playing a game to get the opponent to do what they’ve been doing for the 5 years prior makes no sense.

Forbes has picked it up: 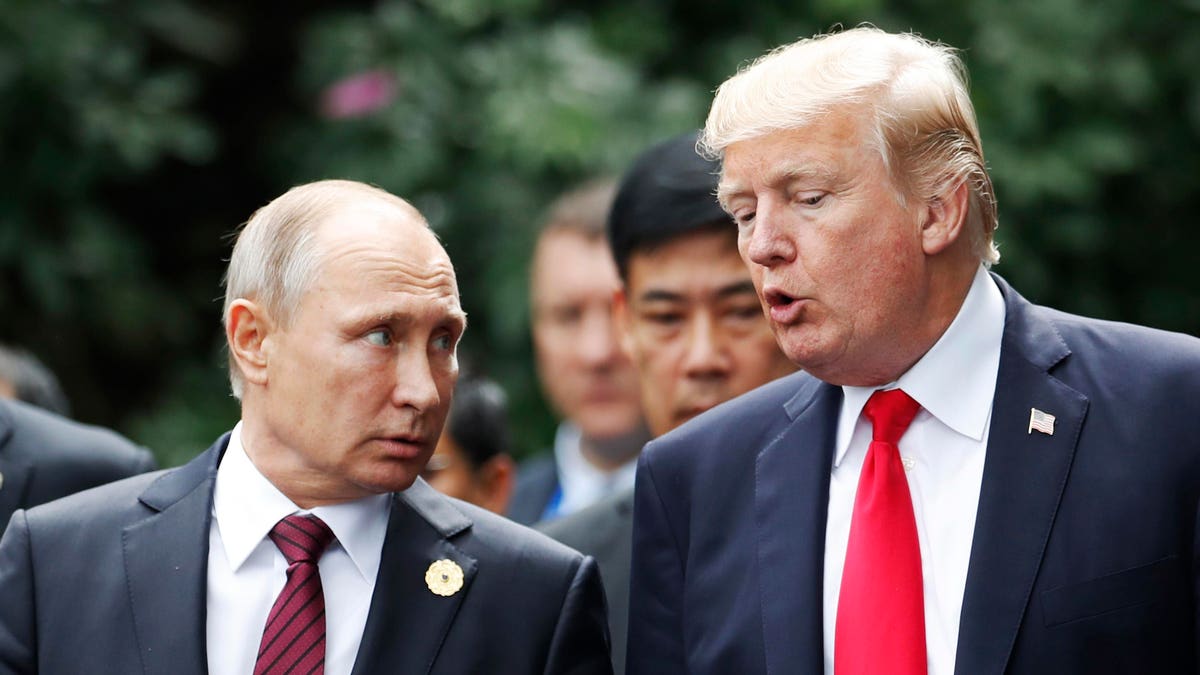 The Russian President reportedly met with his spy chiefs and senior ministers in early 2016 and agreed to back a “mentally unstable” Donald Trump’s candidacy.

Plus, one of the things I’ve seen (can’t remember which outlet) is that there are rumours that western intel agencies have had these docs for some time, not as a result of a Kremlin leak but as a result of western spy craft. If so, that opens the possibility of a western government leaking them to uncover Putin’s activités.

Where’s Smiley when you need him?

It may be that it is just so new that they haven’t had time to digest it, but it may also be that they are skeptical.

I agree, and had also linked to ChockFullOfHeadyGoodness’s comments - now I see others have done the same.

The Guardian may be a pinko paper but I believe it has generally sound reporting processes. I hope US media is doing its own due diligence; writing only “according to reports in the Guardian” isn’t generally good journalistic practice imo. I’d like to see some independent confirmation from others before getting carried away.

And even then, as JohnT noted above, we’ve had tons of reporting from intelligence services saying essentially the same thing and it probably didn’t cost The Don a single voter. And it should have.

And even then, as JohnT noted above, we’ve had tons of reporting from intelligence services saying essentially the same thing and it probably didn’t cost The Don a single voter. And it should have.

The remaining Republicans in the party are essentially Russian assets/Putin voters now.

Some people out there are calling for caution: 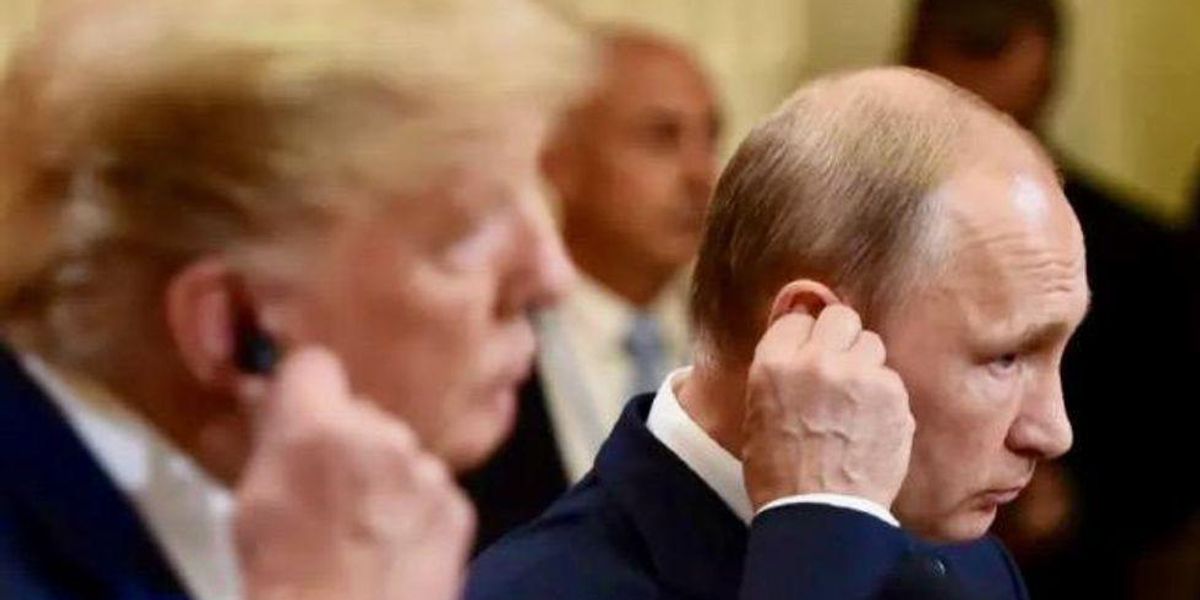 Some intelligence experts are urging caution over a bombshell report that leaked documents show Russia holds blackmail leverage over Donald Trump, and that Vladimir Putin personally authorized Kremlin spy agencies to work to get him elected U.S....

I think Kremlin leak is an oxymoron. These guys just don’t leak. It could be they want to discredit their former stooge-in-chief, maybe they figure he’s just too unstable to put back in power so they want to wash their hands of him. It seems to me that nothing gets out of the Kremlin without Putin’s approval so if this seems more like a planted story than a leak.

The Guardian says “western intelligence agencies have known about – and have been examining – the documents for some time”. So I’m guessing it was leaked from one of those agencies. They say they have spent months verifying the legitimacy of the papers, and that independent experts have confirmed that they appear authentic.

It’s possible this is some sort of planted story, but I doubt it’s the Guardian that’s being played. I can’t imagine they would publish this unless it came from a reliable source who would reasonably be expected to have access to it. If it’s fake, it’s probably fooled the western intelligence agencies, not just the Guardian.

Oh, apologies. I didn’t mean to imply that the kompromat didn’t exist; I just found it curious that the document teases an admission of what they have, but that list is conveniently missing from that same document.