A Thread for the Mueller Investigation Results and Outcomes (Part 2)

Continuing the discussion from A Thread for the Mueller Investigation Results and Outcomes (Part 1) - #12240 by JohnT.

A Perfectly Reasonable Amount of Schadenfreude about Things Happening to Trump & His Enablers
The Guardian's Kremlin leak: Too good to be true?
A Thread for the Mueller Investigation Results and Outcomes (Part 1)
Gyrate July 15, 2021, 10:34am #2

Just to start where the last thread ended, JohnT had posted the following: 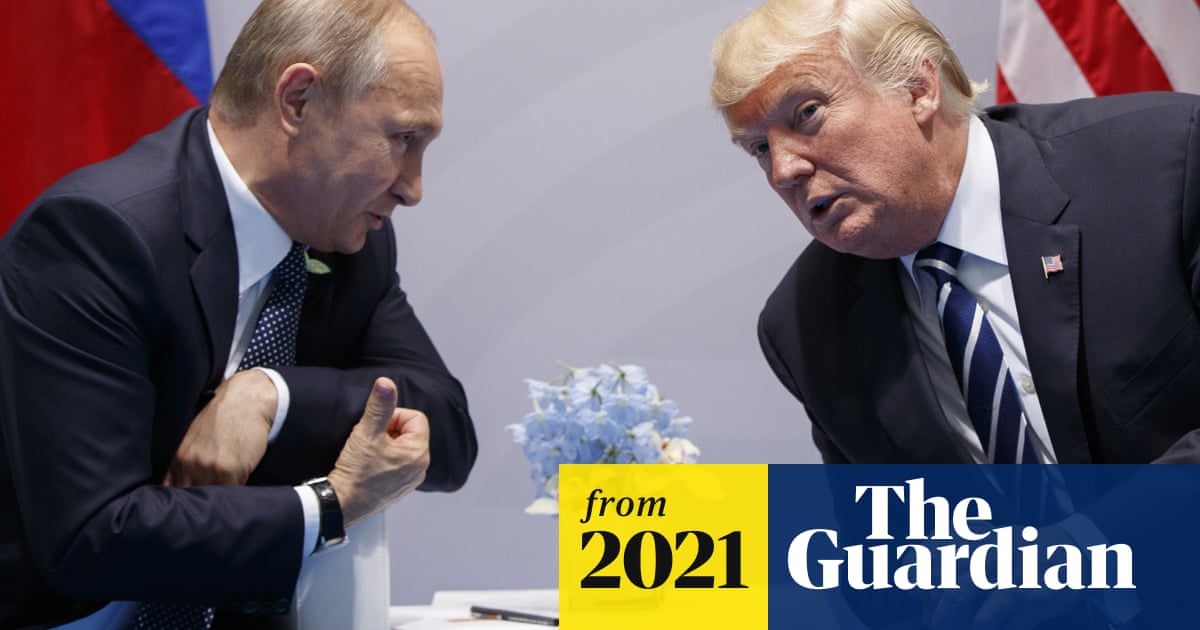 There is a brief psychological assessment of Trump, who is described as an “impulsive, mentally unstable and unbalanced individual who suffers from an inferiority complex”.

There is also apparent confirmation that the Kremlin possesses kompromat, or potentially compromising material, on the future president, collected – the document says – from Trump’s earlier “non-official visits to Russian Federation territory”.

The paper refers to “certain events” that happened during Trump’s trips to Moscow. Security council members are invited to find details in appendix five, at paragraph five, the document states. It is unclear what the appendix contains.

“It is acutely necessary to use all possible force to facilitate his [Trump’s] election to the post of US president,” the paper says.

This would help bring about Russia’s favoured “theoretical political scenario”. A Trump win “will definitely lead to the destabilisation of the US’s sociopolitical system” and see hidden discontent burst into the open, it predicts.

Well, they nailed that.

It’s funny, though, because ISTR some of our further-right posters insisting that all Russia had done was a few ad buys on Facebook and that it was no big deal.

That is fascinating; thanks for posting that link, Gyrate.

Credit where due - I was just reposting the link JohnT had added as the last post in the previous thread. I didn’t want it to get missed.

Then big thanks to JohnT for finding it first and bringing it to the Dope!

The defense will quickly become something along the lines of “see, this smear attempt proves that Putin has always feared Trump the most, knowing that he can easily manipulate Demoncrat presidents.”

The defense will quickly become something along the lines of “see, this smear attempt proves that Putin has always feared Trump the most, knowing that he can easily manipulate Demoncrat presidents.”

And yet, my Trump-loving wife swore up and down in 2016 that if Hillary Clinton were elected, the US would almost certainly begin a military escalation with the Russians that would end in thermonuclear war. Trump was the only one who could bring world peace!

A couple of things…

No. 2 is a big, big question, in my mind. As you say, and commentaries in the media have reiterated, the Kremlin just doesn’t leak - unless they want to. One bit of evidence here is that the document refers to the existence of kompromat on Trump, as described in an appendix that is conveniently missing.

I’m curious to see how these documents get played, and by whom.

May I point out that the Russians had kompromat on Trump for a year at least.

It is undisputed by all parties that the Russian government had incriminating emails from the President’s son and other campaign officials, emails in which they agreed to meet with Russian agents to obtain dirt on their political opponents.

IMHO, one of the reasons for setting up that meeting was to get those incriminating e-mails……and I say that because of the way those emails were phrased. I mean, if I got an email that said …… If you want to purchase those totally illegal drugs that you asked me to find for you, meet me at the dirt road by my house at 7PM on Wednesday”, I’m not dumb enough to reply “Hell yes, I’ll be there”. I’d reply, WTF I never asked you for drugs, then I’d make a phone call to confirm 7PM.

Now, that is old news though, and it ceased being kompromat once the documents were made public.

I’m sure the latest documents were leaked deliberately and I do wonder what Putin’s motivation is. But I suspect that it won’t be good for Trump - or Rudy-, although that may be wishful thinking.

Oh, apologies. I didn’t mean to imply that the kompromat didn’t exist; I just found it curious that the document teases an admission of what they have, but that list is conveniently missing from that same document.

I’m wondering if the Kremlin is now finding inconvenient Trump’s continued prominence and conspiracy mongering. Recently, we’ve had news reports of Biden’s tough stand and Putin backing down (not a commentary; just an impression of the news coverage I’ve seen), the ransomware attack from REvil and REvil’s recent disappearance from the internet, and now, this.

I risk conspiracy mongering myself, but is there a thread here? It all just seems… odd.

May I point out that the Russians had kompromat on Trump for a year at least.

It is undisputed by all parties that the Russian government had incriminating emails from the President’s son and other campaign officials, emails in which they agreed to meet with Russian agents to obtain dirt on their political opponents

But that was in June 2016. These alleged Kremlin docs are about Kremlin meetings in January 2016, and the reference to kompromat mentions that it relates to Trump’s unofficial trips to Moscow before he was a candidate.

I’m sure the latest documents were leaked deliberately and I do wonder what Putin’s motivation is.

If indictments → loans being called in, and those loans have something to do with the Russian money laundering we’ve all suspected, maybe Putin’s finally ready to throw Trump under the bus?

(I didn’t follow V1 of this thread, so apologies if this is wildly off-base or has been discussed to death.)

Oh, I know. I just like to mention, whenever I get an opening, that this was a really big deal that should’ve been a bigger deal……because many Democrats subtly fell for the “nothingburger” propaganda and dismissed this smoking gun because they were chasing the idea of a bigger, smokier gun.

…….Thinking out loud, is this related to the whole “Tucker Carlson trying to get an interview with Putin” thing?…….maybe a shot across the bow to let TrumpWorld know that their strategic alliance has ended? Is it related to the disappearance of the Russian hacking group……did Putin arrange the hacks just so he could be the strong cooperative world leader and stop them, or did he just stop them? Is Russia trying to be radically nice to Biden?

What is the Kremlin’s advantage to releasing these documents?

Besides the obvious advantages of throwing a big stink bomb into American politics?

Yes. Putin backs Trump because Donald is disruptive to US democracy and political influence. I believe that leaking documents damaging to Trump is simply the next step in achieving the goal and that the 2024 election thrown into chaos with a non-democratically elected president (or something worse) will be the culmination of the policy.

A huge anti-democracy movement continuing and possibly even succeeding might benefit Vlad more than anyone else in the whole world.

Well, if they went to all the trouble to support Trump in an effort to sow discord in American politics (and everything is political, now), then I assume that leaking this document is toward the same end.

How they expect that to play out, I don’t know. Maybe this is an effort to keep Trump in the spotlight; Trump’s detractors will take this as more evidence of his unfitness to lead, and his supporters will dismiss this as fake news and wind up even more firmly in his camp. Or, maybe they think this will be a nail in Trump’s coffin and will lead to infighting within the Republican Party to be Trump’s successor.

Chaos for chaos’ sake has its advantages, I’m not sure that the Kremlin would just bomb-throw; too many unknown consequences. What if, say, Trumpists come to power but now they’re outraged that Putin would dare try to besmirch The Orange One? There could be an anti-Putin backlash in a Trumpist-controlled Congress.

Way too easy to start to see patterns that aren’t there. It will be fascinating to watch how this develops - if it develops further at all.