A traitor we can all get behind (and kick)

On behalf of the Pit (not really such a bad place, as it turns out) I have decided that what we need here more than anything is our own January 6 Insurrectionist, a Special Someone we can adopt and nurture on the road to Perdition, someone who has not yet been “caught” or “arrested” (in FBI jargon) to be cheered on by the highly sympathetic Pit Regulars, possessors of a refined and tender understanding, the like of which Father Flanagan, founder of Boys Town (“there’s no such thing as a bad boy”) would surely envy (he’d no doubt include girls nowadays too, I mean in the “no such thing” category).

Good people, I have selected one such and here she is! Meet “Little Greenie”. 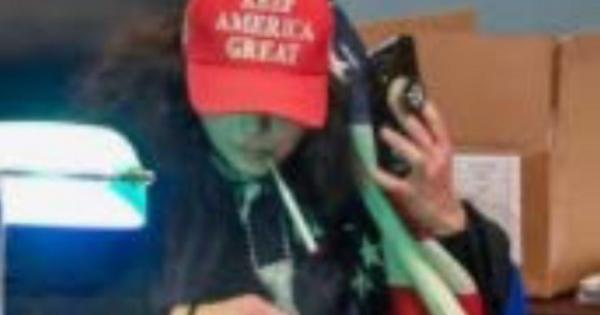 A bit of background: In an older Pit thread I mentioned that I had adopted a Deplorable - a guy who breached the Capitol and couldn’t resist primping for the camera of a fellow knucklehead by showing off his Jack Skellington onesie and lighting up a cigarette, in defiance of building codes and every sense of decency - I also think No Smoking is in the Constitution, will have to look that one up, but anyway. Since he was unidentified at the time, I gave him a cute name (Billy). This is what he looked like on 1/6/2021: 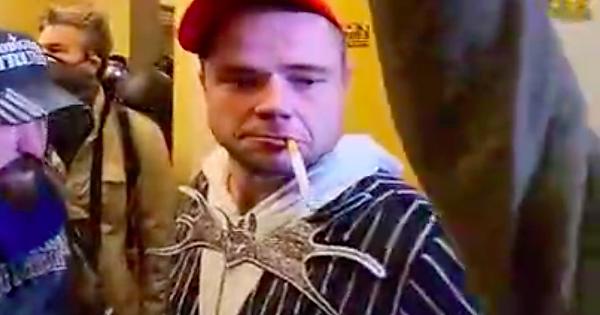 Well, I vowed to follow his case and sure enough, on December 1 he was discovered living in an unheated trailer in Nevada, frog-marched to the local calabozo and quickly shipped back East to face some pretty daunting Federal charges, since he’d been caught on video swinging a table leg with a nail sticking out of it at some Capitol law officers. At this point, Billy looked like this: 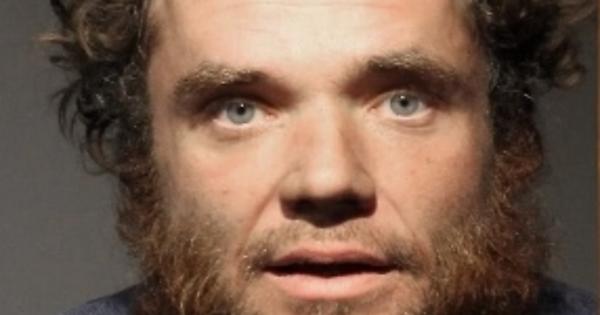 Pretty clever, growing a beard but somehow it didn’t help his cause. Anyway, his arrest left a void in my heart and I thought rather than brood I would just say fuck that guy and pick another Fugitive from among the two thousand or so still out there that the Feds would dearly like to have a word with.

Little Greenie is who I chose. I give her to you, Pit People. It turns out she is #9 on the FBI’s be-on-the-lookout list, which is pretty cool, like she’s a living, breathing low-number Vanity Plate! 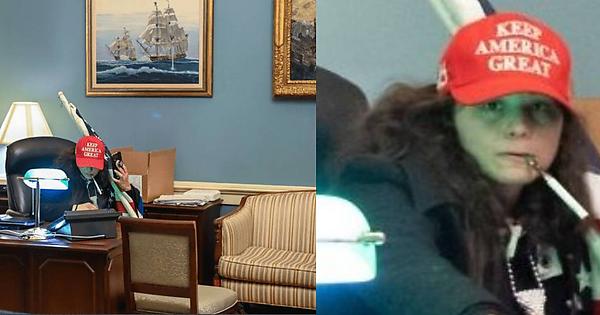 Here she is, sitting at someone’s desk (not Nancy’s, that was already occupied) somewhere near the Rotunda, seeming very focused on looking for Evidence, any kind will do, glancing up long enough for us to get a good look at her deer-in-the-headlights expression, but never losing a grip on her Security Flag, her vaping tube well positioned but somehow the intended Cruella De Vil effect seems to have eluded her.

Who is she? The FBI knows her name, I won’t repeat it here (some online sleuths claim she’s the niece of some media figure I’ve never heard of, but we’ll just use Greenie for now, out of some probably misplaced sense of fair play, some sort of “innocent until” nonsense that never stopped a good internet pile-on.

Who is this woman? We all witnessed the calls for blood, the gallows, the cops attacked with anything that could be hurled, the bear spray, the zip ties, the windows smashed, the doors bashed, the Stars’n’Bars*, the filth and the fury.

And the feces. Above all, we must never forget the feces!

Was Little Greenie behind any of that? We don’t know. Was she behind all of it? Maybe! (Many people tell me the person seen on surveillance cameras who planted those pipe bombs might be a woman. Connect the dots, people!)

So keep your weather-eye cocked, and if you spot her, contact the FBI before the trail goes cold. Wouldn’t that be a feather in the cap of the Pit if one of youse made the call! But even if you don’t, please open up your hearts to a child in need. Thank you and God Bless.

Aaaww this is nice - like the Christian Children’s Fund, where one can take some unfortunate soul under one’s wing?
Couldn’t really find anyone here charismatic enough to adopt, though, so I’ll just keep my eye on Poor Little Greenie.

Aw, gee… I thought this was going to be about Marjorie Taylor Greene, another traitor we can get behind and kick.

Aw, gee… I thought this was going to be about Marjorie Taylor Greene, another traitor we can get behind and kick.

I think I will have to steal that some day.

I would like to know why DJTJ’s nickname isn’t Ellis.

Pretty clever, growing a beard but somehow it didn’t help his cause.

There have been a few minor celebs caught up in the January 6th probes, but I never expected the Geico caveman to be one of them.

“That’s actually not the Stars’n’Bars, that’s the Confederate Battle Flag.” Me: “Shut up!”

Donald Trump. He has not yet been arrested even though he is an insurrectionist and a traitor.

Little Greenie - and I want her to be my acrobat?

I say wearing a vape tube as an old school cigarette-on-a-holder should result in the Fashion Police also being called on this case.

I would like to know why DJTJ’s nickname isn’t Ellis.

I don’t know what this means, but I never skip a chance to invoke Boston’s famous Ellis. 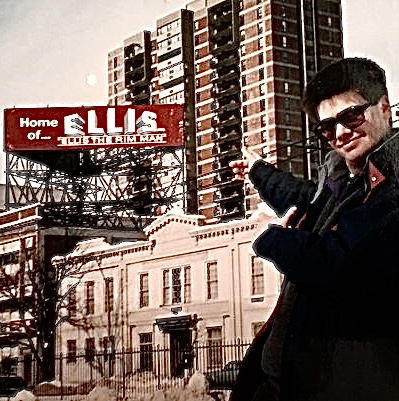 Actually the person in that photo is in their own office. They are a congress-person. Their embarrassed look isn’t because they are an insurrectionist who broke in, it’s because they don’t like being photographed when informally dressed and without full makeup and their hair done.

The reason they look so busy and harassed in that first photo is because they were trying to get some work done when someone with a damn camera burst in right when they were trying to concentrate on a particularly important piece of legislative drafting. 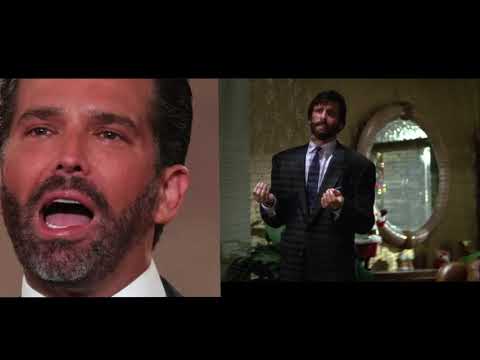 Interesting take “Princhester”. You seem to know something the rest of us don’t. It would be so embarrassing to the FBI, the media, and everybody with eyes and ears if you were right and we were all wrong. Well clearly the burden of proof falls squarely on our shoulders now, we were wrong to jump to conclusions about someone no older than 20 dressed like a bum; of course she totally belongs there because you say so. I will beg the mods to wipe this thread off the face of the earth now. I just hope this doesn’t boomerang on anyone who might be lying, wouldn’t that be awful. If that were so, the least I would expect would be for that person to disappear quietly from this serious discussion, if such person did not the consequences could be dire - as someone once said, the next Innocent Man could be you!

You know how you deal with rotten flesh? That is right, you put some housefly larvae in there. The perfect way to deal with MAGAts.