A traitor we can all get behind (and kick)

I just hope this doesn’t boomerang on anyone who might be lying , wouldn’t that be awful. If that were so, the least I would expect would be for that person to disappear quietly from this serious discussion, if such person did not the consequences could be dire - as someone once said, the next Innocent Man could be you!

Are you … insinuating … something?

Let’s clue in to the real Ellis.
sheesh (can be scrollable forward)

No more Ellis! We are forgetting and forsaking the feces, folks. Focus on the Feces!

There are quite a number of Philadelphia Eagles fans who would take offense (Defense?) to that

Any nominees for a Deplorable who has not been found by the FBI? I would love to adopt one of those.

I don’t know, your stepdad?

What would be the point? There are lots of people we might not like, but the ones who need our fake sympathy the most are the ones in hiding, who know they done messed up and think their best option is to lay low and “wait for this thing to blow over”.

How would you feel?

How would you feel?

Exactly. Anyone who was smart would have turned themselves in the next day, rat-finked on their companions or anyone the saw do anything and worked up a good show of phony contrition. This can play well if done right, at least with the people who will decide whether you get to go home before the guilty plea/penalty phase. The folks back in Potsdam will cheer!

What the fuck? I meant one of the people who are posted by the FBI as unknown perps, with nicknames like, for example, Little Greenie, or Urban Shaman, or Fuck You Asshole. Since, per your wonderful OP, the FBI already knows who Little Greenie is, can we have another baddie to get behind and kick?

Overall, the OP is amusing. You’re a jackass.

Mom would have some explaining to do.

the ones in hiding, who know they done messed up and think their best option is to lay low and “wait for this thing to blow over”.

The ones laying low messed up by not getting the job done. They did nothing wrong, they merely came up short and now the fiendish Demostappo are after them, so they have to hole up and regroup. Their cause was just and holy: they did not really do anything wrong, per se.

I strongly suspect the FBI knows who many if not most of these people are, once the photos were circulated. They aren’t saying which ones. If I were them, I’d do likewise. So I have no idea whether “AFO #113” has a name attached. When that person is arrested, they’ll tell us.
The Sedition Hunters claim they know that Greenie’s name is (redacted). They may or may not be right. I don’t think it matters, for our purposes it’s not who she is, it’s where and when she will get roped in - and unless she fled the country, that’ll happen. The fun part is watching out for her, online (I like the USA Today updates) and, who knows, you might even spot her at Trader Joe’s or as part of a road gang, and with the millions of eyes who are following this thread it’s bound to happen - exciting prospect!

But if you still want your own private Deplorable, one not publicly named, they’re easy to find at Sedition Hunters or Mr. Hoover’s Junior G-Men. Or you can watch the Masked Singer, that’s also fun.

The bemusing part is their reaction when they are sentenced - they really just can’t quite get their head around the fact they are going to, like, an actual jail where criminals go.

“…but, but, I’m white and a Patriot! You can’t send me where the bad people go! It might be unpleasant!”

That was certainly the case with Hornhead McShaman and his lawyer, wasn’t it? They only singled him out because he was guilty of being too noticeable. All the real Artists suffer because small minds can’t appreciate their singular vision. I cry for America!

Jim? Jim Trott, is that you?

I took this screen shot some time after Jan 6. I saw this woman wandering around and was floored at the normalness of her. If you ever find Lil Greenie, I hope after her we can adopt Mom Bag.

[Album] Come get your mom 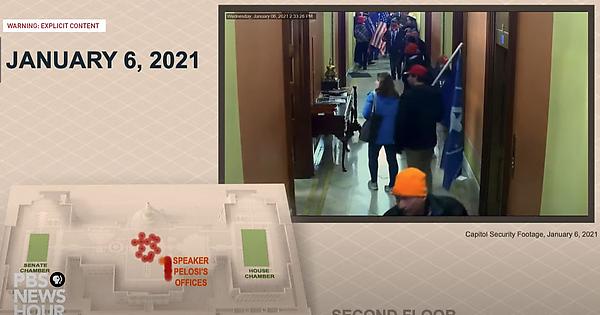 Hey, this one is Antifa! It says so right in his name tag! I knew Antifa was behind this, and the FBI has the proof.

Yeah I like how Mom Bag just got back from shopping for a couple things.
And then on the way back, figured she’d just…

Is the gift, oops, grift shop this way?

The podium stealer, for sure.

The podium stealer, for sure. -