Oh goody. An annoying commercial mixed with a mondegreen; I thought he was say “red alert”.

Are you sure that’s DJ Khaled on the commercial? I didn’t hear him shout his name even once.

Can anyone explain the character in the Stanton Optical commercials? Big glasses, flamboyant mannerisms, theatrical costumes. What the fuck is he supposed to be?

I think the meme is “Come to Stanton Optical for designer glasses with no drama…” unlike the whole flamboyant designer thing that is rife with Hollywood-style mock-drama. Yes, I had to have it explained to me as well.

Are you sure that’s DJ Khaled on the commercial? I didn’t hear him shout his name even once.

I heard it, and I only listened for about 10 seconds.

I was watching an episode of Mr. Mayor that involved an avocado shortage and it reminded me of a stupid commercial that used to play a lot, but thankfully I haven’t seen lately:

A small neighborhood grocery store has a TV up on the wall, tuned to a news channel. The news anchor is saying a meteorite or something is about to take out all the avocados, so a bunch of young women in yoga pants suddenly appear and start fighting over the avocados in the store.

Then the anchor says “correction, there’s going to be a shortage of prunes” and suddenly a bunch of old people appear and start fighting over the prunes.

I don’t even remember what the commercial was supposed to be advertising. I bet there’s ad agency maxim along the lines of “it doesn’t matter if they hate the commercial, as long as they remember the product”. Fail.

I bet there’s ad agency maxim along the lines of “it doesn’t matter if they hate the commercial, as long as they remember the product”.

There is, and people on this board beleive it as gospel.

They never realize the ones espousing this opinion are…ad execs, trying to justify bad ads.

There is, and people on this board beleive it as gospel.

They never realize the ones espousing this opinion are…ad execs, trying to justify bad ads.

Some probably. I always thought it was people who don’t know a thing about it and are just repeating it. One of the dumbest things this (ex) ad person ever heard.

Has anyone mentioned the Yabba Dabba Do commercial? I think it came out last year. It’s been on at least a half dozen times this morning and I want to scream!

Not while those Major Bag Alerts

These two. It’s like they have them on constant repeat.

When I first heard the Yabba Dabba Do one I was like, ‘I like the song, even if I would never buy the product.’

The Major Bag Alert is, and always has been, annoying. I don’t know who Major Bag is, or why we should be alerted to his approach. Or I could be misunderstanding, and the commercial is about giant scrotums.

^^That stupid Major Bag Alert is on all the time:(

The latest Fucking GEICO with that stupid fucker, whats-his-name riding around with the cute girl with the mole on her face from the Subaru ad (Jesus, her life must Suck) where the talk about “Driving”

And this Bitch does every right turn wrong. Underhand steering. Fucking WRONG!

This bit about the Humira fake rock band is really good: 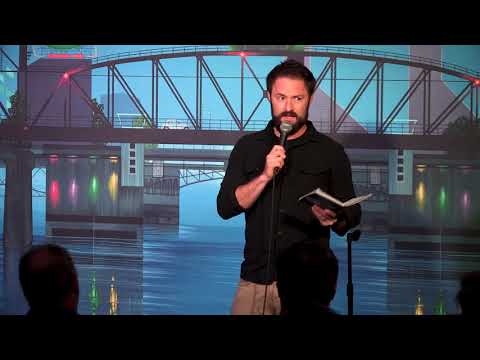 This would be a better routine if the comic hadn’t gotten a key fact about the Humira ad wrong. The afflicted lead singer does not have “irritable bowel syndrome” a.k.a. IBS, which sounds to some people worthy of mockery, but inflammatory bowel disease (in this instance Crohn’s disease) which carries considerably more serious implications and which can be treated by an immunosuppressive drug like Humira.

The ad has eye-rolling aspects, but giggling about someone’s repeated attacks of abdominal pain and bloody diarrhea (which can lead to fun events like fistulas and emergency surgery) seems a bit…off.