I read and really enjoyed Mary Trump’s book, I think I finished it in a day or two.

I haven’t read most of the tell alls that have come out but Cohens book and Mary Trump’s book are ones I really want to go through.

I am. Enjoyed the Mary Trump book too. Cohen may be a proven liar, but what the Republikans keep leaving out is he was lying to defend Chump.

I’m about halfway through it, I was hoping I could finish it in a day but thats not looking likely.

So far the book hasn’t really been that surprising or enlightening. Cohen just talks about how Trump is an imbecile whose stupidity causes a lot of problems, then Cohen has to go ‘fix’ the problem by making threats. He claims the main purposes of the Trump org are to clean up the messes Donalds stupidity has caused, and to feed Trump’s infinitely large ego.

But halfway through the book I read something that really creeped me out.

In 2014 there was an online CNBC poll of the top 200 most influential businessmen. Trump was something like 187th on the poll, and he got pissed because his gigantic ego couldn’t take that kind of insult. So he told Cohen to ‘do something’. It was just an online poll where you vote for the candidate you like.

Cohen found an IT guy who created thousands of IP addresses to vote for Trump. Trump started climbing in the polls, but Cohen said ‘you don’t want to win this, that will look suspicious. Just aim for #9, that way you are in the top 10’. Trump agreed, and after $15,000 in payments for fake IP addresses, the poll closed and Trump was #9 out of 200 businessmen when in an honest poll he would’ve been 187.

I know in theory we have stronger security for elections than we do for an online poll on CNBC. But still, the ease at which Trump hacked the polling to get the exact results he wants unnerved me more than anything I’ve read in the book so far. The willingness of the GOP to break the law and be sycophantic towards Trump really worries me about the 2020 election. I’m sure there are endless ‘Michael Cohens’ out there willing to help Trump cheat in the election and I’m sure a lot of republican governors, secretaries of state, AGs, election commissioners, etc would happily help Trump hack the election if he asked them to.

I know in theory we have stronger security for elections than we do for an online poll on CNBC. … The willingness of the GOP to break the law and be sycophantic towards Trump really worries me about the 2020 election. I’m sure there are endless ‘Michael Cohens’ out there willing to help Trump cheat in the election and I’m sure a lot of republican governors, secretaries of state, AGs, election commissioners, etc would happily help Trump hack the election if he asked them to.

When Trump suggested a number of weeks ago that the presidential election should be delayed - I can’t remember the reason, maybe it was due to Covid 19 - one of his supporters in the Senate described the idea as “fascistic”. There are lines many of them won’t cross. The GOP is not (yet) all-in on anti-democratic (small “d”) tactics.

I have my concerns about the scenario you presented. But I don’t think the election can be stolen through nefarious means unless it is very close. E.g., a situation like the 2000 election, where it all came down to one state with a tight margin. In that case, perhaps some GOP Secretary of State or AG or county level officials could be persuaded to cheat “for the sake of the country. Can’t let those dirty Democrats take power, it’ll be the end!!” If the margin is larger, I don’t see how they could tip multiple states without it being quite obvious. A lot of national-level Republican politicians have compromised themselves by looking the other way from Trump’s BS; but stomaching clear-cut election fraud is likely a bridge too far for most of them. I hope.

Adding: Chief Justice Roberts has made a number of votes suggesting he cares that the Supreme Court as an institution is protected from being viewed as just another partisan political body. E.g., the vote to preserve DACA. 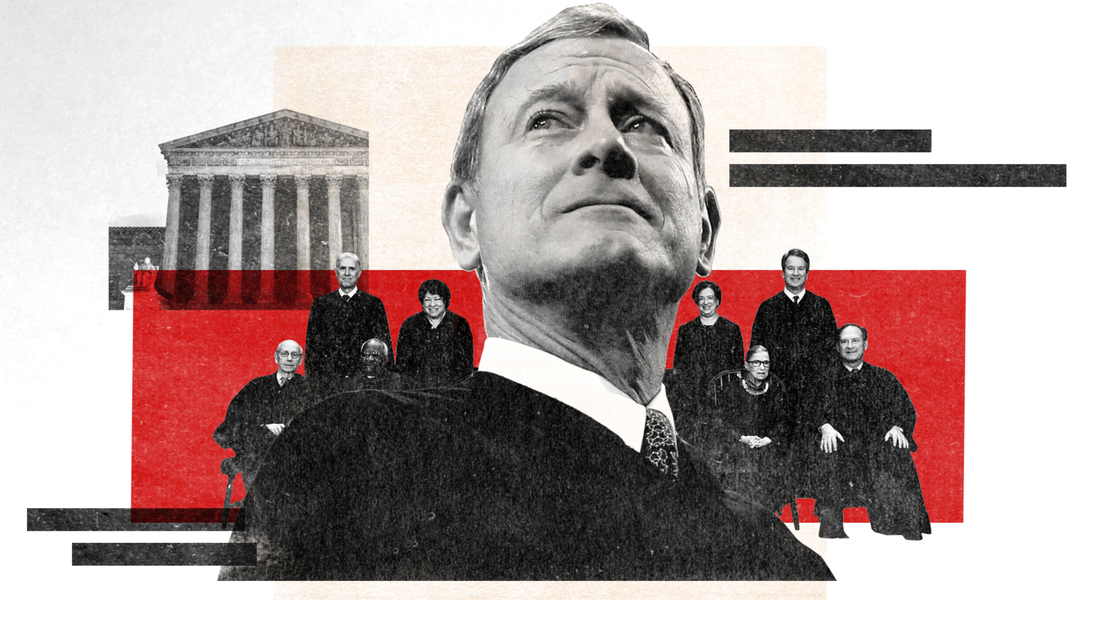 Behind closed doors during one of John Roberts' most surprising years on the...

New details obtained by CNN reveal how Roberts maneuvered on controversial cases in private, at times defying expectations as he sided with liberal justices.

If there is obvious fraud and the election ends up in the Supreme Court again, I don’t think he’d stand idly by and wave Trump back into office. He is the crucial fifth vote, and could decide the issue himself. (Maybe some of the other conservative justices would surprise us. A guy like Kavanaugh could restore his credibility with a move like that.)