Approximately how much of a Major League Baseball bleacher section is in home-run territory?

Given the fact that major-league baseball stadia are usually several layers deep with fans, approximately what percentage of an average MLB bleacher section is in home-run territory? That is, what percentage of that audience has a reasonable chance of catching a home run ball, as opposed to a foul ball?

Typically the bleachers are all in home run territory. I’ve been to about 15 MLB Stadiums.

Okay. I guess what I really meant is, how much of the entire stadium audience is in home-run territory? Bleachers, box seats, luxury boxes, everything.

Only a small percentage would be.

This is purely a rough estimate, but Busch Stadium in St. Louis has 3,661 bleacher seats. It also has 16 non-bleacher sections in fair territory. Those sections run 6-20 rows deep with approximately 20 seats per row, Figuring about 12 rows on average, that gives another approximately 3,840 seats for a total of 7,501 seats in “home run territory.” Busch Stadium capacity is 45,538. Add in roughly 1,500 Standing Room Only tickets and a complete sellout is ~47,000. That yields about 16% of seats where a home run ball might land.

The last time I checked, Wrigley Field had about 5,000 seats in home run territory (virtually all of them bleacher seats) and a total capacity of 41,649, or about 12%. 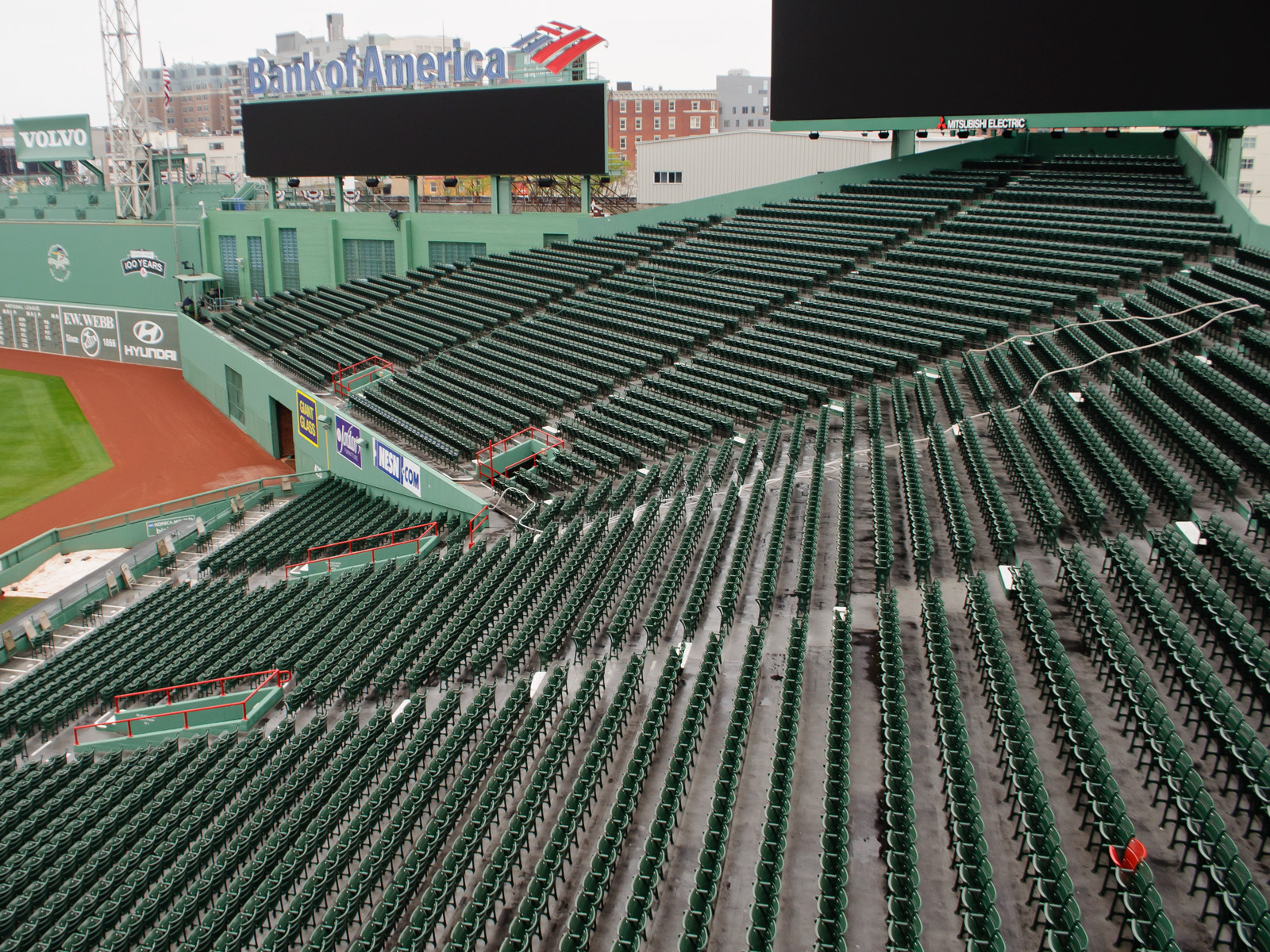 This is an image of the Fenway Park bleachers. The lone red seat you see in the foreground represents the longest HR hit in Fenway (Ted Williams) but no ball has been hit that far in 50+ years. I’d say a well hit HR could reach about 25% of the Fenway bleachers. All of the Green Monster seats are in range as well.

Only a small percentage would be.

I’d guess around 10-ish percent, too, and @Kent_Clark’s numbers seem to bear that out.

Not only is the “home run territory” only about a quarter to a third of the total circumference of an MLB stadium’s playing field, but in most modern parks, the main seating area (from directly behind home plate, wrapping around to around the location of the foul poles in the outfield) is two, or even three, decks of seats, while the seating beyond the outfield wall (i.e., “home run territory”) is usually just a single level of seats, and often not very many rows.

In addition, the area beyond the outfield wall, in straightaway center field, doesn’t have occupied seats – it’s called the “batter’s eye,” because from the point of view of a batter, it’s directly behind their view of the pitcher, and having fans (or other colorful and moving objects) back there would interfere with the batter’s view of the pitcher and the pitch – and thus, it’s typically an unoccupied space.

See the picture below for the “batter’s eye” area at Yankee Stadium; the photo also gives a good perspective of how “deep” the seats are in the outfield, versus in foul territory. 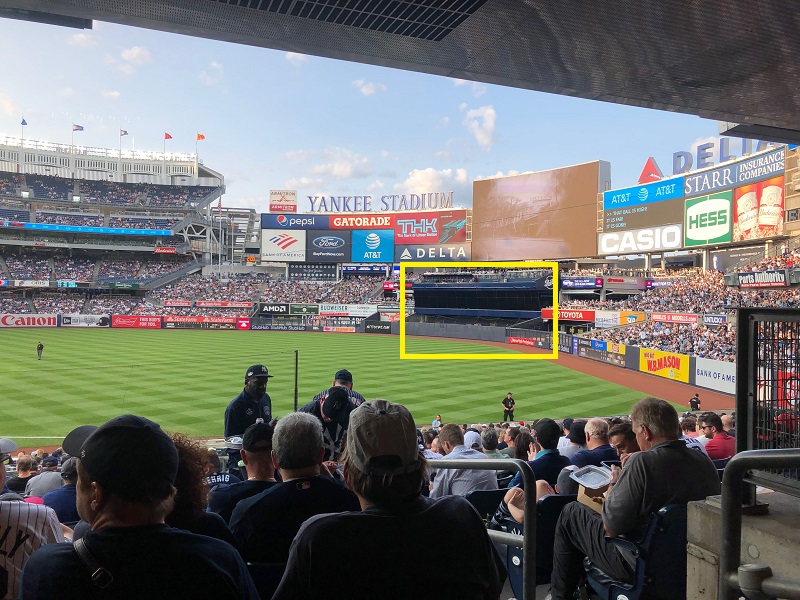