"Biggity Ann": Is my mom misremembering a title?

My mom fondly remembers a YA book from the fifties called “Biggity Ann” about a girl who was the oldest in a large family…she was bossy but she had to be.

However, I can’t turn up anything about it on the internet and I’m wondering if maybe she’s misremembering the title and if it rang a bell for any Dopers.

Did she grow up to be Quagmire’s mom, or something?

You must embiggen your search.

I don’t have a clue on this one, but if there’s anyone who would know, it’s my mom (who grew up in the fifties, became a teacher, and was the oldest in a large family). I’ll ask her.

There was a book published in 1946 called “The Biggety Chamelon.” Does your mom sometimes confuse little girls and reptiles? 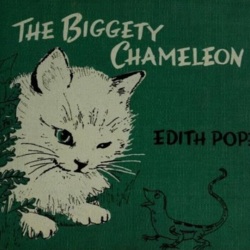 's review of The Biggety Chameleon by Edith Pope