Browser jumping back up within a thread

During the last few weeks, I’ve had problems with my browser (Chrome running in Windows 10) suddenly jumping upward within threads so that I am now looking at a post 20 or 40 places above the post I was trying to read. I will aggravatedly scroll back down to where I was in the thread and start reading again. If it keeps doing this, I get so annoyed I exit the Dope and do something else.

Is anyone else noting this behavior? Would anyone have a suggestion why this is occurring or if there is anything I could do to prevent it?

Moving this thread to “site feedback”, since it’s about the software, not about rules or moderation.

Also, i suggest you browse other threads in this category, as i think this question has come up before.

I’ve noted in other threads that it appears to be related to the scrolling avatars. When these were eliminated for a few days last month, scrolling was as smooth as it could be.

Happened to me a few minutes ago. Wish I had paid attention to post numbers – not only did it jump back a number of posts, but when I clicked on “Back” on the scroll bar it took me forward to well past the last post I’d actually read.

Is anyone else noting this behavior? Would anyone have a suggestion why this is occurring or if there is anything I could do to prevent it?

Yes (Safari on a Mac). Not often enough to be a problem, but once in a while.

related to the scrolling avatars.

What are “scrolling avatars”?

When I’m scrolling through a lengthy post, the poster’s avatar follows along on the left, adjacent to the poster’s writings. I guess the purpose is so I don’t have to scroll back up to the top of the post to remember who made the post. I can just look at the avatar, which has thoughtfully followed along down the left side of the post as I read. It would be a nice feature if it didn’t seem related to the jumping thread problem.

Worse, when I add Staff Color to a post as a moderator, the whole column of the thread jumps to the left – except the scrolling avatar, which then scrolls down through the text. It’s super annoying.

I use Vincent theme with Win 10 and Firefox.

I use Vincent theme with Win 10 and Firefox.

I think Vincent is the only theme with the staff color bug. I thought that it was being fixed months ago, but I guess not.

My understanding – and I may be wrong – is that Vincent is no longer a supported theme, so if they didn’t fix this for just Vincent, I would understand that and will live with it. But the jumping text issue is across many themes and browsers. I hope they fix that.

Me, too. Safari 15.5 on a Mac. Happens fairly frequently. Mildly annoying.

Me, too. Safari 15.5 on a Mac. Happens fairly frequently.

Same here. Though I’d characterize it as a bit more than “mildly” annoying as it can be quite disruptive.

When I’m scrolling through a lengthy post, the poster’s avatar follows along on the left, adjacent to the poster’s writings.

I have never seen that behavior. I use an Android phone, an old Mac laptop, and both Windows 10 and 11, and i use chrome, safari, and edge. I don’t use the Vincent theme, though.

Isn’t this issue the exact same as the other one in the most recent Site Feedback thread?

I’ve observed this annoying quirk both on Firefox on a desktop computer, and in Safari on an iPad. In longer threads (yesterday it happened in a mere 31 post thread though) I’ll be scrolling down the thread skimming / browsing it, when suddenly, for seemingly no good reason, it suddenly, quickly scrolls many posts upward. Anybody else notice this? Is is something I’m maybe inadvertently triggering-- a feature, not a bug?

I believe it is.

If anybody’s interested, we can create our own themes. 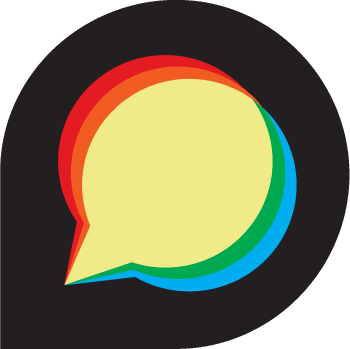 I believe that having Ruby installed on your machine is required.

Yeah, I’ve never been all that interested in playing around with themes. I can’t even remember the name of the theme I’m using - it was recommended early on in the migration process so I followed the instructions to select it, and I’ve never given it any further thought.

Of course, if I was told that I could make the browser-jumping problem disappear by selecting a different theme, I’d reacquaint myself with the necessary steps just long enough to take care of it.

ETA: I think the theme I’m using is called something like “Sam’s Classic.” But I wouldn’t bet money on it.

Me too today, using the Silk browser (Amazon tablet)