CalMeacham has Books coming out this year!

Yup, RTFirefly, I just barely beat you by over three months

Yeah, well, count on a guy with username Chronos to make a big deal out of some interval in time.

waiting for the book

Traveler won’t be out until September (I just finished what I hope is the last edit this weekend), but the Live Free or Dragons purchase website just became active:

Twenty-five Tales of the Fantastic from the Granite State.Edited by Elaine Isaak. Volume 6 of Plaidswede's New Hampshire Pulp Fiction Series.Who knows what evil lurks in those granite quarries? Who knows what truths live in the legends and lore of...

Can anyone suggest me ideas on toefl coaching classes.

I just did two interviews for my book, Lost Wonderland, which is due out in October. One from Chronicle, a TV newsmagazine from WCVB, the local ABC affiliate, and one from a local paper, the Lynn Item. And Dig Boston, the alternative newspaper distributed through all those free newspaper kiosks around the city, also wants to do an interview and print an excerpt.

I NEVER got this kind of response from any of my three previous books. This one’s got legs. When you add that this book has a big distributor behind it – meaning that bookstores will probably actually stock copies of this book – it means that things are looking good for this one.

In other news, I’ve almost finished the editing on Sandbows and Blacklights, the follow-up to How the Ray Gun Got Its Zap! * , although I may have to provide the index for it myself. It’s due out about the same time as Wonderland.

And the paperback edition of 20,000 Leagues Revisited was just released. This is the anthology of stories celebrating the 150th anniversary of the publication of Jules Verne’s 20,000 Leagues Under the Sea. It includes my story “The Game of Hare and Hounds”. From Pole-to-Pole Publishing.

I got an e-mail from Amazon, as I do several times a week, giving “You might be interested in THESE books”. Usually I’m not.

But this week they sent me an ad for my own book (Lost Wonderland).

Of COURSE I’m interested, but I don’t think the Amazon-bots appreciate the irony.

Congrats! I’m halfway through Action Park: Fast Times, Wild Rides, and the Untold Story of America’s Most Dangerous Amusement Park, so maybe I’ll stick with the theme and move on to Lost Wonderland next.

I’ll have to read that book. I’m from NJ originally, but was out of the state when Traction Park had its heyday.

My interview in the Lynn (MA) Daily Item came out this morning!

Wilk will lead readers into the ‘Lost Wonderland’ - Itemlive

When Stephen R. Wilk was an undergrad at MIT in the ’70s, he took the T to the Blue Line station in Revere one day, expecting to be wowed by a mix of amusements and a long boardwalk on the beach, like the ones on the Jersey Shore in his native Garden...

There’s an interview with me about Lost Wonderland airing on Boston’s WCVB TV Channel 5 show Chronicle, Monday, September 21 at 7:30 PM

I found this snippet online. It’s one and a half minutes long – hopefully not the whole thing. But we’ll see tomorrow night.

The city of Revere is perhaps best known for its beach: after all, it was the first public beach in America.

I’ve recorded it. It was mostly the minute and a half, although they mentioned a little bit more about Wonderland later.

At least they mentioned the title and showed the cover of the book. 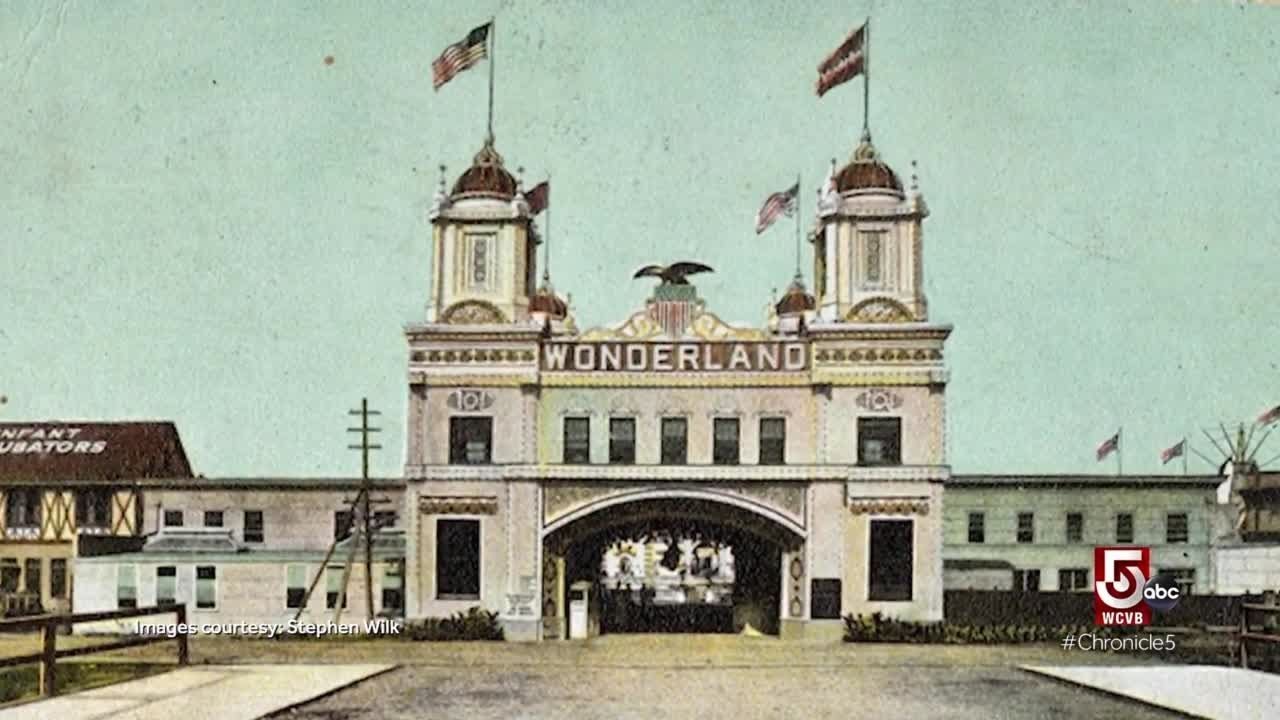 I’ve recorded multiple copies of that show on disc.

Next up: an Excerpt in the Boston Weekly Dig,

Although I still don’t know when.

Excerpt in the Boston Weekly Dig is out now Step back inside the Wonderland of yore "Wonderland was, in effect, victimized by the smaller venues on Revere Beach. For some odd quirk of human psychology, people didn’t want to walk the extra distance."

Got my free copies last night. When I got home from work I found a box precariously balanced on its short end in front of my door, like the delivery guy didn’t want to lean it against the door or ring the doorbell. I hadn’t ordered anything that would’ve required a box that big, so I had an idea what it was.

I could only put a dozen pictures in the book, and none of them in color. So i borrowed a page from our esteemed Exapno Mapcase and started a website in which I could post some of the many images I’ve gathered, many of them in color. I’m still working on it, but if you want to see it so far visit https://lost-wonderland.com/

The New England Historical Society has posted by brief article on Wonderland on their site:

In 1903 and 1904 the face of American public amusement changed with the successful opening of two new parks in Coney Island: Luna Park, which replaced Paul Boyton’s Sea Lion Park, and Dreamland, originally to be called Wonderland. Together with...