I love well-done parodies. One genre that most people don’t know about is Scandinavian-themed Christmas songs.

This one is called “Uncle Sven is Coming to Town.”
https://www.youtube.com/watch?v=M8-Cvq-FMPg

This one has been done by various people, but I like this version the best. It’s called “Yingle Bells.” It’s by Harry Stewart, better known as Yogi Yorgesson. His stage persona was that of a Swede who became a Hindu mystic.
https://www.youtube.com/watch?v=pfXkLvhoL7s

Best “12 Days” ever. It’s the “sheet music” that really sells it, I’ve yet to see any other version incorporate that detail.

The Nutcracker as interpreted by Spike Jones.

More of a “son parodying how we live Christmas” than a “parody of a carol”.

Who did “Ay yust go nuts at Christmas”?

Who did “Ay yust go nuts at Christmas”?

It’s a classic but I always like the 12 Pains of Christmas.

My favorite 12 days of Christmas: 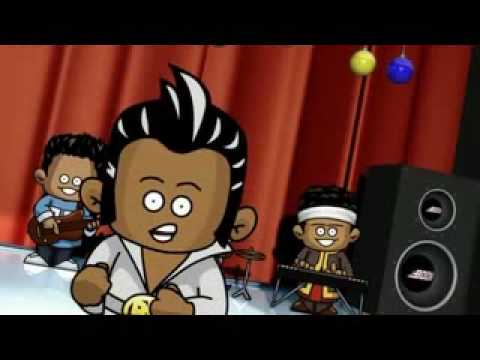 Has it been 10 years since it was released? Well, I expect many more years of feeling old…

Dog tags ring, are you listening?
In the lane, snow is glistening.
It’s yellow, NOT white, I’ve been there tonight
Marking up my winter wonderland.

Smell that tree? That’s my fragrance.
It’s a sign for wandering vagrants;
"Avoid where I pee, It’s MY property!
Marking up as my winter wonderland.

In the meadow dad will build a snowman
Following the classical design.
Then I’ll lift my leg and let it go, Man,
So all the world will know it’s
MINE - MINE - MINE!!

Straight from me to the fence post
Flows my natural incense dog boast:
“Stay off of my turf, this small piece of earth,
I’ve marked it as my winter wonderland.”

Mad Magazine had a bunch of great Xmas carol parodies in a 1976 issue: http://mymediadiary.com/?p=4650

Wonderful song. Darlene Love performing takes it into the top ranks of parodies.

“…See Fiddler on the Roof with actual Jewish actors…”

♬ Once a good king wen to sea
And his name was Wencil
He ate oysters so that he
Could put lead in his pencil
Buggering the cabin boy
Wencil thought was dandy
Wencil was a goodly king
But a trifle ran-an-dy! ♬

The Yobs: The 12 Days of Christmas

A bit dated, since it’s largely about commercialism, which we know is a thing of the past.

Walking 'Round in Women’s Underwear

I Came Upon a Roadkill Deer

What’s It To Ya Chorus

Bob Rivers was genius at these things.

My choir did a funny version of “Good King Kong” by P. D. Q. Bach. For some reason the one posted on Youtube is different from the one I remember.

Oh, dust and smoke, the heater’s broke,
The door just blew away.
I light a match to see the dash
And then I start to pray.
The frame is bent, the muffler went,
The radio, it’s okay.
Oh what fun it is to drive
My Rusty Chevrolet

Only marginally on topic but I heard a folk singer throw out snippits like:

“Check the balls on that big collie”

and from a source I can no longer remember

“Randolph the Bow Legged Cowboy”, a full version with Randolph shooting the sheriff’s wife in a murder for hire scheme.