Something I was watching on YouTube made me think of Heinz Chili sauce for the first time in decades. My dad loved the stuff which always struck me aa very weird. Because he hated ketchup, and mocked people for using it. I was never a huge ketchup fan even as a kid, but it made poor-to-mediocre fries taste like something . Because of the slow ketchup usage in our house when the bottle looked too old and cruded up I would use the HCS instead. And I really didn’t see much difference. Sure there were subtle differences, but there were bigger differences between ketchup brands then I could ever see between HCS and Heinz ketchup.

Side note:, When you put "Chili Sauce " into google one of the first results is the Wikipedia entry for Hot sauce, which was unexpected, cause I’m pretty sure HCS is 0 scoville.

Anybody out there like my dad, who finds Heinz Chili sauce to be perfection in a jar? can you explain why?

Well, when combined with grape jelly, it makes for a pretty good meatball sauce for appetizers. It also works for making cocktail sauce for shrimp. I’ve never found any other uses for it. I didn’t mind Heinz 57 sauce for some things, but haven’t had it in many years.

I dislike just naked ketchup for almost anything, and really don’t understand our national passion for glopping it all over French fries, hot dogs, sausage, eggs, etc., thus totally ruining them. It’s basically just tomatoes and a shitload of sugar.

It’s basically just tomatoes and a shitload of sugar.

I don’t disagree, but so is the Chili Sauce.

My mother made homemade Thousand Island dressing by using Heinz Chili Sauce and Hellman’s/Best mayonnaise. I think the proportions were 1-to-3, but I couldn’t say which part was 1 and which was 3 without making it. It was pretty common back in the 1960’s.

Pour it over a block of Philly cream cheese and serve with Wheat Thins.

This was considered “classy” about 50 years ago. And, yeah, I remember it, and I have eaten it.

I bought a bottle for some recipe a few years ago, and lost interest before I could make it. Now I have no idea what I was going to use it for. So it sits aging in the basement until I run out of food and have to drink it for nourishment.

Homade is a much better brand of chili sauce. Just sayin’.

Homade is a much better brand of chili sauce.

Damn! That’s the brand we used…not the Heinz stuff. Thanks for jogging my memory!

What, no fans of “Red Dwarf” in here? 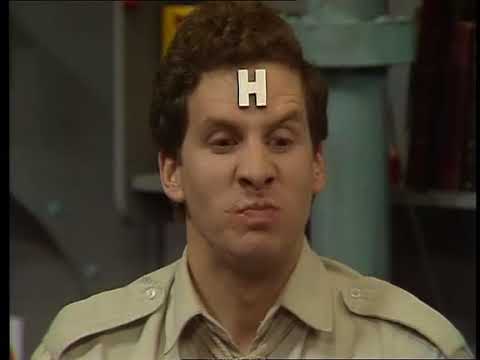 These are the things I use it for too. The meatball sauce amazes me - such weird ingredients, and yet people love those meatballs and I never have any left when I make them for a potluck. Dead easy to make as well.

I also have an old meatloaf recipe (similar to the Bill Blass meatloaf recipe you can find online) that calls for the loaf to be topped with HCS. I really like that recipe and use it a couple times a year. Plain ketchup doesn’t have enough kick to it. So there’s a bottle of HCS in the pantry to use for that, along with small cans of spicy V8 juice, which goes into the meat mix.

Well, when combined with grape jelly, it makes for a pretty good meatball sauce for appetizers.

My mother-in-law does something very similar, but adds instant coffee to the mix. Oddly amazing.

I also have an old meatloaf recipe (similar to the Bill Blass meatloaf recipe you can find online) that calls for the loaf to be topped with HCS. I really like that recipe and use it a couple times a year.

Now that is interesting. My dad did love next-day Meatloaf sandwiches, and that might have been one of his signatures uses of HCS.

Well, meatloaf is always better the day or two after you make it! And I’ll usually add a little more HCS to the side of my meatloaf slice after I put in on the plate.

What, no fans of “Red Dwarf” in here?

That is in no way referring to Heinz Chili Sauce, it’s referring to real chili sauce, from turkish, indian or carribean origin (no big brand in the UK to point to). It won’t be “tomatoes and sugar” because it will likely contain neither, most likely chilis and water.

I wanted to know how to make it myself, so I search Google for the recipe. To my surprise, I couldn’t find it. After much searching, I found ONE lady who was having the same problems I was of not being able to find the recipe.

Well, when combined with grape jelly, it makes for a pretty good meatball sauce for appetizers.

My mother-in-law does something very similar, but adds instant coffee to the mix. Oddly amazing

Canned cranberry sauce and tomato juice, simmered till it thickens.

I hate Heinz! I live in Finland and before Heinz bought Lea & Perrins we had their Garlic & Chili sauce in shops but when Heinz bought them they stopped delivering the L&P version and made their own available. It was sugary shit and in few months it was withdrawn from shops as no-.one bought it anymore but still we don’t get the L&P’s version here.

We never had HCS in my house growing up, it always seemed vaguely exotic to me.

What IS Heinz Chili Sauce? Only place I’ve ever seen it mentioned is in cocktail sauce recipes, which generally are along the lines of “X amount chili sauce, Y amount horseradish, combine.”

We even have a bottle in the pantry that we got on a whim, but we’re not even sure exactly what is is, or is used for, other than it’s not a sort of hot sauce made primarily from chiles.

Heinz Chili Sauce is great on cheeseburgers and French fries. I put it on tacos, enchiladas, and burritos, too.