Not sure if Coutinho is happy to be out of Barcelona or happy to be at his new Aston Villa home, but in his first 22 minutes with the team he notched an assist and then a goal to come back from a 2-0 defecit.
Fans chanted his name as walked off the pitch at the end of the game and then went "2-0 and you f**d it up" at Manchester United.

He went to Bayern Munich on loan from Barcelona and won the Champions League - scoring against Barcelona in the 8-2 semi final. Coutinho’s game is very off the cuff which maybe didn’t suit Barcelona but in the Premier League I have no doubt he will become one of the best players again. He is a tremendous coup for Aston Villa. He played with Gerrard at Liverpool so that shows the draw of the manager to get a player like that into a club like Aston Villa.

And in other news Rafa Benitez has been dismissed by Everton. One win in last thirteen league games. The funny thing is everyone saw this coming except the people who mattered - the Everton board. It’s not that Benitez is a bad manager all of a sudden but he has been living off the past for several years. And the fact he was a Liverpool manager who is considered a Liverpool hero made it even more a stupid appointment. The Everton fans never wanted him so why did they hire him?

The update now is ex-manager Roberto Martinez is the board’s pick to take over. Martinez who was himself fired from the job in 2016 and in the six years since has not managed a club but rather the golden generation of the Belgium national team. He has done a good job with the Belgians but hasn’t taken them over the line to win a trophy. And club management is totally different from international management. Martinez had a great first season at Everton but that was almost ten years ago and his remaining two seasons were disappointing with lots of goals conceded and toxic crowd reactions.

If he gets the job hopefully he will be allowed to stay on with Belgium for the World Cup this winter.

He went to Bayern Munich on loan from Barcelona and won the Champions League - scoring against Barcelona in the 8-2 semi final.

Sure, that could be perhaps the most brutal gap I’ve ever pulled off in my fandom in anything. Ever.

I need to own this moment.

Police have been granted more time to question Manchester United footballer Mason Greenwood who was arrested on suspicion of rape and assault.

The 20-year-old footballer was arrested on Sunday following allegations on social media.

Greater Manchester Police (GMP) said he would remain in custody for questioning.

Manchester United earlier said the forward would not return to training or matches until further notice.

Greenwood has not responded to the social media allegations.

GMP said: "Detectives have been granted additional time to speak to a man in his 20s who is being held on suspicion of rape and assault of a woman.

“Inquiries are ongoing and the victim is being offered specialist support.”

The force added: “We remind people to avoid any commentary or sharing of images that could compromise the victim’s right to lifelong anonymity, or risk prejudicing a live investigation with active proceedings.” 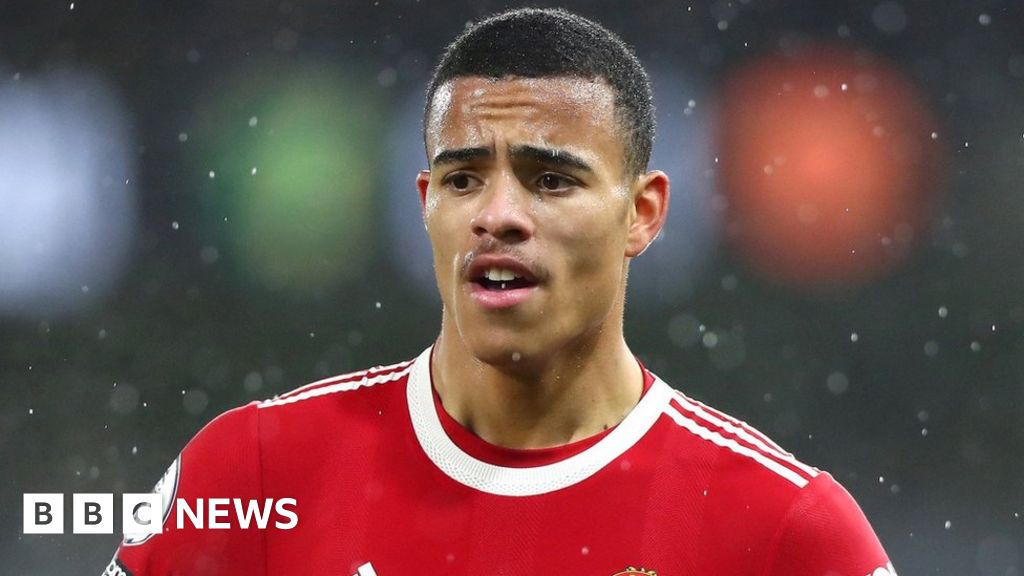 The 20-year-old Manchester United footballer was arrested on suspicion of rape and assault on Sunday.

An audio recording and pictures were posted online by the victim. Even if he gets out of jail time he is finished. Sponsors have broken ties, Manchester United have removed his shirt sales on their website and as soon as legal proceedings are over he will probably have his contract terminated immediately.

Still can’t believe West Ham put Kurt Zouma in the team 24 hours after he was filmed kicking his cat. The UK animal welfare charity have taken custody of the cat and he has lost his Adidas sponsorship. The club have lost one of their corporate sponsors as well. They won 1-0 against a team second from bottom. Imagine being the other players in his position. If a manager won’t put you in the team after a player has made national outcry over animal cruelty then what is the point of you bothering to turn up to training.

My goodness, quite the Spurs/City game, the former winning 3-2. Harry Cane, scoreless in his last three, with one of the worst goals-to-minutes in the Prem, sealed his hat-trick in the fourth minute into injury time, after missing a plumb chance around the 70th minute with an admittedly fine left leg save from the dumbly-tatooed Ederson. (Neck? No. Nope.)
MC could’ve had a bit more breathing room on top with a win, but with Liverpool only six points behind now, hopefully it’ll become an interesting race.

Kane didn’t have a hat trick?

That loss certainly makes the title race more interesting. It seems like the press has been anointing City, but Liverpool is only 2 games back with one in hand. Chelsea is still a possibility as well, but a pretty big long shot.

Kane has been looking disinterested for Spurs until playing against the team that really wants to sign him.

He’s one of our own
For at least several months

Kane’s a much better player than Rooney ever was (and Rooney was pretty good although maybe not as good as his reputation), so that doesn’t surprise me. I wonder if Kane will move in the next ~2 years so he can have a good shot at a CL while still close to his prime. If City do sign Haaland that would leave United, which is a lot less likely to win.

Liverpool might actually pull of this Quadruple. They weren’t that good today but just smashed Man Utd again 4-0. I would still say the PL title odds is still tilted to Man City simply because they are top and no matter how small the lead is you would rather be the team at the top where it is all in your hands. But Liverpool are just a machine of a team and I think they are the team who I would tip for the CL.

They will probably lose to Spurs who will then lose their following game at home to Norwich or someone.

Even if Liverpool is favorite for CL they’re probably only like 33% likely. I’d probably favor City for both league and CL, but wouldn’t be surprised at all for Liverpool to win one or both. Two great teams.

Fantastic match Everton vs Chelsea for intensity if not quality.

I’ve watched two matches in which the crowd was just incredibly intense. Goodison Park today as Everton take three precious points off Chelsea and Elland Road yesterday as the Leeds United supporters cheered their team for two hours as they went down 4-0 to City.

I’m not going to the matches but I will be in Liverpool next Saturday and London the following weekend.

You’d better believe I’m packing everything that I own which is Red and says ‘Liverpool.’

What a win for Spurs last night in the North London derby against Arsenal. 3-0 and keeps the top four race alive right to the end. Spurs are the team I support and so it was really enjoyable to watch.

Started the day four points behind and if Arsenal won to take the lead to seven points clear in 4th with just two games to go then they would have secured 4th place and Champions League qualification for the first time in five years. Now Spurs have narrowed the gap to just one point and on paper Arsenal have the harder two games left to play. Away against Newcastle who have been one of the most in form teams in 2022 and at home to Everton who might still need to get a result in order to guarantee survival.