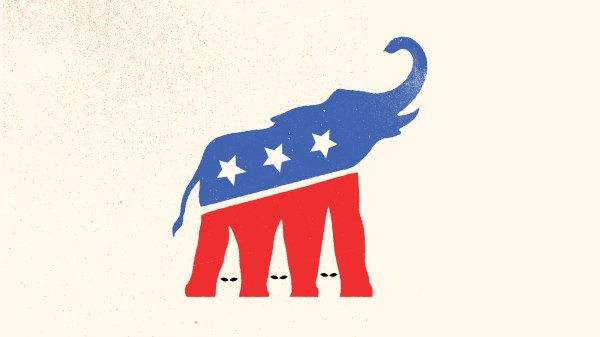 The Republican Party is racist and soulless. Just ask this veteran GOP...

Stuart Stevens says he now realizes the hatred and bigotry of Trumpism were always at the heart of the GOP.

Stuart Stevens, who was Romney’s strategist—“it was all a lie” …

“Fair trade, balanced budgets, character, family values, standing up to foreign adversaries like Russia—we’re all against that now. You have to ask, ‘Does someone abandon deeply held beliefs in three or four years?’ No. It means you didn’t ever hold them.” He added: “I feel like a guy who was working for Bernie Madoff.”

I’ve been saying this for a while now. Post-WWII conservatism, particularly since 1964, has been about nothing but power, principally using white racism to maintain power. Goldwater, Nixon, Reagan, Bush, all of them. Trump isn’t a corruption of modern conservatism. He’s the culmination, the pure essence of it.

the party has yielded completely to demagoguery and race-baiting to exploit the racism and resentments of certain white voters. Throughout his decades as a Republican, Stevens considered this racist element a bug in the system. He now realizes it has been a feature.

The Republican Party was “a comfortable place for a lot of us. If Trump had lost, I’d probably still be working for a Republican candidate. But Trump made it impossible to deny what the party is. I just don’t get why these Republican senators don’t stand up to him. What’s the worst thing? You’ll be an ex-senator? They are the Trump Generation. It’s how they will be remembered. Like the segregationists of old.”

A definition of conservatism - "in-groups" and "out-groups"
Unsuitable GD Topics: All people who take position X have an ulterior motive
Acsenray August 23, 2020, 10:36am #2

Thanks for this (no snark). Eloquent recounting of what many of us have known for a long time.

I think that some Republicans’ principles are essentially opposition to whatever the Democrats/liberals want. The bubble has built an irrational hatred that prevents them from agreeing with a Democrat on anything, even if it’s what Republicans want. 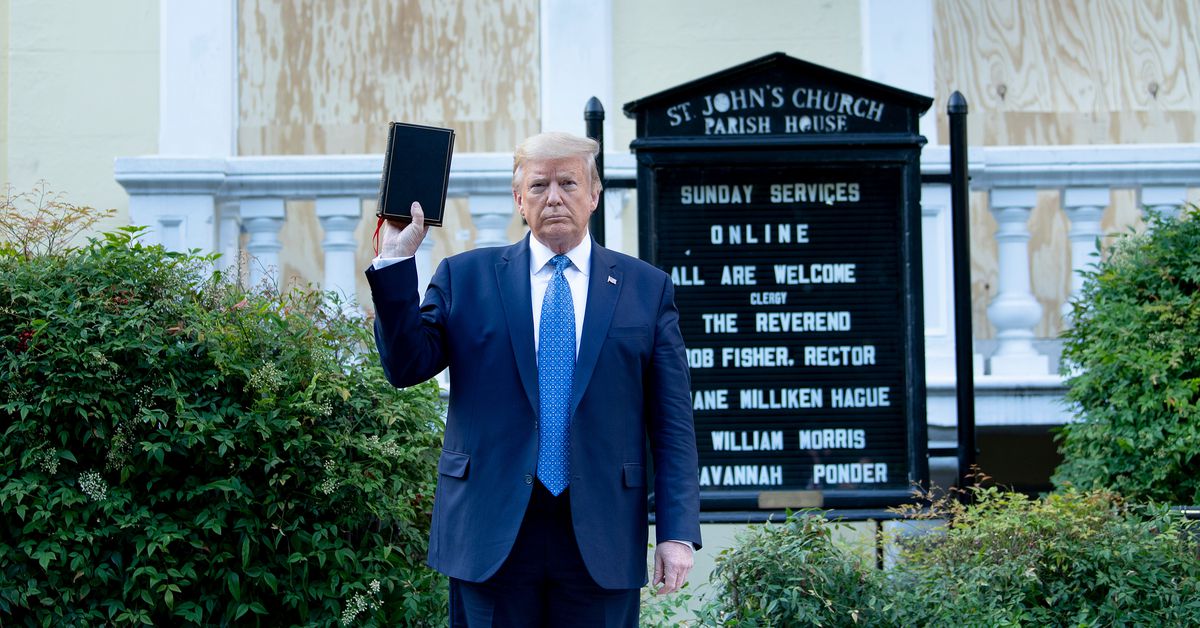 A devastating indictment of the Republican Party from a GOP insider

In "It Was All a Lie," one of the GOP’s campaign operatives turns on the party he once helped build.

The true principles of the GOP are white nationalism, authoritarianism and plutocracy. Almost everything they do aligns with these 3 goals.

All that crap about free trade, economic growth, small government, etc. is just code for the 3 things or a distraction to make the GOP seem palatable.

Trump won over 90% of republicans, so there aren’t that many. Trump won more votes than Romney did (63 million vs 61). 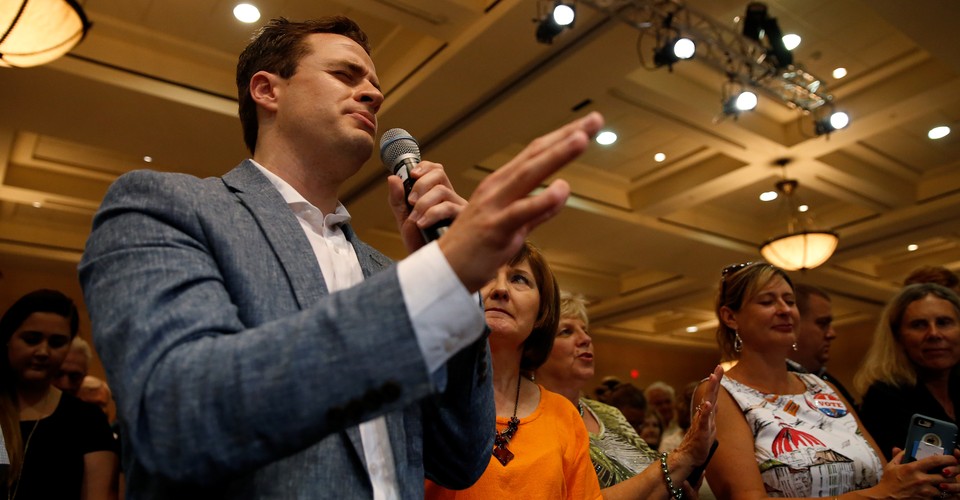 Conservative evangelicals were unwilling to offer forgiveness to a Democrat who asked for it. But they have freely offered it to a Republican who doesn’t want it.

Trump won over 90% of republicans, so there aren’t that many. Trump won more votes than Romney did (63 million vs 61).

He didn’t just win with them. Even now, as of July 30, he still has a 90% approval rating among Republicans. I know there are a few principled conservatives out there, but they should probably give up on calling themselves Republicans at this point.

I think that some Republicans’ principles are essentially opposition to whatever the Democrats/liberals want. The bubble has built an irrational hatred that prevents them from agreeing with a Democrat on anything, even if it’s what Republicans want.

R: “Instead of the single-payer health care you’ve been advocating, we want a system that is based on private insurance and paid for with a combination of subsidies for low-income purchasers and a requirement that the younger and healthier sign up.”
D: “OK, we’d really rather do single-payer healthcare, but fine. We’ll do it your way instead.”
R: “No, we’ve changed our minds. Now we don’t want any part of it. We will signify our disapproval by derisively calling it ‘Obamacare.’”
D: “Well, the bill is already written so I guess we’ll just pass it without your votes. You know this bill was all based on what you wanted, right?”
R: “No!!! Now we want to repeal and replace Obamacare with something different to be determined at a later date!!!”

So Stuart Steven thinks that the GOP is now pro-abortion, anti-gun and wants to increase taxes?

I think you meant to say “pro-choice”, but I don’t understand how pro-life is a conservative position anyway – I don’t think it was in the '60s, for example. I think it happened when Nixon started pandering to evangelical Christians. It wasn’t a left-right thing before that, as far as I can tell.

On the taxes front, if you blow giant holes in the budget, you’re basically agreeing to increase taxes at some point. Since conservatives have been blowing giant holes in budgets since the Reagan years, I’d say they are for increasing taxes even if they don’t admit it. Or, they are pro-default, I guess.

What do you think about the points on protectionism? Family values? Character? Standing up to foreign adversaries? You know, the stuff mentioned in the article.

That’s really the answer; there are plenty of principled conservatives out there who hold all those views that he describes as ones that the GOP never really held. And they’re not voting Republican anymore.

What dismays me is that so many of the party rank and file, as well as the elected officials are just peachy with going along with the hate, racism and other nonsense coming from the far right of the party. They’re very clearly more concerned with being in power than they are in doing what’s right, or even doing what their party has long espoused.

Ah but that indeed is the evil brilliance of those who built the modern Republican “base” – the way that “conservative” became reduced to just saying the right things about abortion, guns, taxes, and “freezing” the social culture so you don’t have to change the way you act and talk in public; everything else can be just whatever gains us the upper hand today. Even rampant immorality can be “God’s Plan” just as long as it lets you claim it’s bringing back the Way Things Should Always Be.

As for family values, if both Democrat and GOP candidates have bad character then you have to choose the least evil. As for standing up to adversaries Trump has done quite well with regard to Russia, China, and Iran. Obama played footsie with Russia and promised more “flexibility”. When Iran was caught paying bounties for attacks on American soldiers Obama responded by giving them billions.

Report: Iran pays $1,000 for each U.S. soldier killed by the Taliban

Iran is paying Taliban fighters $1,000 for each U.S. soldier they kill in Afghanistan, according to a report Sunday in a British newspaper.

As for standing up to adversaries Trump has done quite well with regard to Russia, China, and Iran.

The only way Trump has stood up is to adjust position before going down again.
Biden has more family values in his little finger than the entire Trump clan. “Family values” doesn’t mean ripping off taxpayers to increase your family net worth.

If you believe that, you have been lied to.

As for family values, if both Democrat and GOP candidates have bad character then you have to choose the least evil.

So therefore if on the one hand you have Trump, it’s got to be a slam dunk in favor of Hillary Clinton, Joe Biden, Bernie Sanders, Jeb Bush, Ted Cruz, John Kasich, Marco Rubio, Pete Buttegieg, Liz Warren…

Seriously, you’re going to use “foreign power pays bounties to kill U.S. personnel” as an attack on Obama when Russia’s been paying bounties to the Taliban for killing U.S personnel and Trump’s “response” has been to ignore, pretend he wasn’t told what he was told in briefings, and do whatever the polar opposite of “holding one’s feet to the fire” is with his pal Vlad Putin?!

Also, Trump has confronted China and Iran but:

*has done little to nothing to confront Putin’s Russia, mainly because his overleveraged and borderline-fraudulent business “empire” is in hock up to his eyeballs to Russian oligarchs who in turn obey Putin to keep their fiefdoms.

*his confrontations with China and Iran have accomplished little except to:

(1) make blustery and tantrum-like noises that some confuse with actual toughness.

Teddy Roosevelt, an actual tough guy who knew when to use force, when to use threats, when to use diplomacy, when to stand alone, and when to work with others to accomplish goals, said “speak softly and carry a big stick.”

(2) in the case of Trump’s trade war with China, hurt American farmers and businesses worse than any allegedly anti-business Democratic policy has done in the last few decades.

Lastly, Obama didn’t “give” Iran anything but access to their own money that had been frozen.

Trumpists who keep attacking Obama’s foreign policy errors, and making some up if they can’t find any juicy or on-point enough, but ignore Trump’s overwhelming shortcomings in foreign affairs need to pull the planks out of their own eyes before tweezing the specks in the Democrats’ eyes.