FarCry 3 was a fun game, had some flaws, but overall I enjoyed it.

On May 1st, an “expansion” will be released (I use quotes because from what I understand, you won’t need to own FarCry 3 to play it, so it’s really just a small, stand-alone, game using the same engine.)

The expansion is called FarCry 3: Blood Dragon and…well…words can’t do it justice: 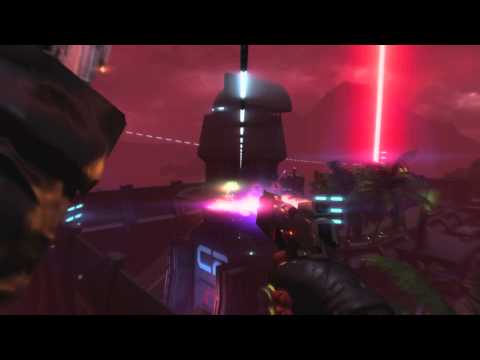 It started out looking like an April Fool’s Day joke, since IIRC that’s about when the first news and screenshots came out. But it’s real, and it looks amazing.

It will be $15 US on Steam (and I’m guessing the same on PSN/XBox Live,) and the gameworld size is roughly that of the second island in FarCry 3, with ~8 hours of story gameplay, which is pretty good for an “expansion.” On top of that, I don’t think I could take more than 8 hours of over the top, 80’s action movie irony gameplay.

I thought about waiting for a sale but, after seeing the trailer, I just might throw down my fifteen dollars and get it on release.

I very much enjoyed FC3 and, although obviously the story is far different, the FC3 mechanics and game play were fun by themselves.

If you bought an AMD “Never Settle” promo card (or a video card and got the promo) for Bioshock & Tomb Raider/Crysis, they’re adding FC3 Blood Dragon to the promotion.

The videos that leaked from the uplay exploit made it look really really bad. Might want to wait a week or so after release on this one.

The videos that leaked from the uplay exploit made it look really really bad. Might want to wait a week or so after release on this one.

IGN liked it and said that aside from some misteps, it was actually a great if crazy sci-fi/open-world FPS mishmash.

Anyone play this yet? I just beat farcry 3 today and am down loading this now. Farcry 3 was amazing. What a fun open world. Loved the upgrade system and clearing outposts say fun all the way to the last one. It’s the first open world have since RDR that I really enjoyed doing the side missions and optional things.

I am about halfway through the missions and about 3/4 of the way to liberating all the outposts.

My word of warning: there aren’t many “main” missions, but what there are tend to be long, drawn-out affairs. Be sure to have the time available before starting one.