Flowbee haircut by a complete novice

Mrs. Cardigan has offered to cut my hair tonight using a Flowbee ‘vacuum clipper’ borrowed from a (mostly bald) family member. The family member we borrowed it from swears by this thing and has used it throughout Covid to trim the 0.5" long fringe of hair on his balding head. I have a full head of hair that is about 4-5" long on top and used to be evenly graduated on the sides.

How foolish would it be for me to allow someone who has never cut hair before to use one of these contraptions on my mane? Personally, whenever I hear Flowbee get mentioned, I start flashing Garth using the Suck-Kut on Waynes World. On the other hand, I haven’t had my hair cut since February and my hair is starting to drive me nuts. I’m used to wearing it quite short (like #3 clippers on the sides).

What pitfalls should I be fearing?
Is this a device where experience in the hands of an operator would make a significant difference?
If you want to talk me out of this, please go ahead, I’m listening.

Dooooooo eeet! You must do it for science!

It will grow back.

Why not. If it goes bad just shave it all off.

I did early covid. Now my hair is back to normal and it’s been cut professionally twice since.

Mrs. J. just successfully trimmed my hair using an electric trimmer, for the second time since disease ravaged the land.

Friend of ours bought a Flowbee to cut her husband’s hair. He reported that the haircut was fine, but the vacuum cleaner attached to it sounded like a 747 from 10 feet away. It was an impulse buy and to get their money’s worth, she insisted on giving him a haircut every five days until it had “paid for itself.” Gosh, if she gave him a haircut every other day, they’d be making money! The cutting action was okay, but it’s less the apparatus and more the operator. Plus, hearing loss.

I’m used to wearing it quite short (like #3 clippers on the sides).

If that’s the case, just use the clippers. No need for the Flowbee. I do mine with clippers. #2 on top and 1 1/2 on the sides. Repeat as required.

I know nothing of Flowbees but if it’s anything like clippers - yeah, clippers are dead easy. In fact, cutting hair in general is way easier than people think it is - I do my husband’s with ordinary scissors (granted I’m very practised by now, but OTOH I’m a certified klutz)

It’s mostly the fear factor that stops people. And hey, you’ve got the perfect excuse to hide inside till it gets better…

My first COVID-19 haircut I just went at my hair with my beard trimmer. About 10 minutes in I realized I had no clue, so I shaved my head smooth and did a retake.

For my second attempt, I watched a bunch of YouTube videos and attempted a fade. It worked beautifully, to the point I decided to never pay for a haircut again.

Just shave your head into a Mohawk and dye it Crimson!

I don’t know about a Flowbee but I have been doing the boy cuts in the family for the last 8 months, for myself and two kids. My wife won’t let me try on her:)

I use a Wahl trimmer.
I pre pick 4 successive lengths either a 1,2,3,4 or 2,3,4,5 depending on the overall length.
I have one style I use:
I take the shortest guard and give a low “bowl cut” from the bottom up. I go all the way around the head and end at the top of the ears.
I take the longest guard and cut everything else.
I take the second shortest guard and feather up another inch from the top of the ear.
I use the last guard to feather even further, ending sort of at where a marine would end a “high and tight”

You don’t want to be too perfect or you will leave lines. The feathered areas should all blend together.

ETA: I agree with Kayaker. It worked so good we’re not paying for a haircut until these boys are in middle school.

I know nothing about a Flowbee. I do know about clippers. I’ve been doing my own for several decades, because I could never get what I had in mind from a professional.

I use clippers (good ones) on the sides and back (#2 & 3). Bare blade to go around the edges. I use scissors with a comb or my fingers for a guide for the top, which is longer. It’s pretty easy, but when I first started, I did make a few mistakes.

On two separate occasions I picked up bare clippers and started to cut where there needed to be a #3 guard. The first time, I tried to hide the mistake by making, essentially, white walls. (Shaved portion of the sides). Not what I wanted, and not a good look for me. The second time it happened, I just left the mistake to grow out (it was maybe 1.5" wide) and recut my hair after a couple weeks.

I agree that now is a good time to see if it works for you. There are some good YouTube videos.

All that said, I don’t know that I’d go for a Flowbee. I guess it would depend on the cut, and what you’ve seen, I guess online, for what it’s capable of.

Here is the FlowBee in action: 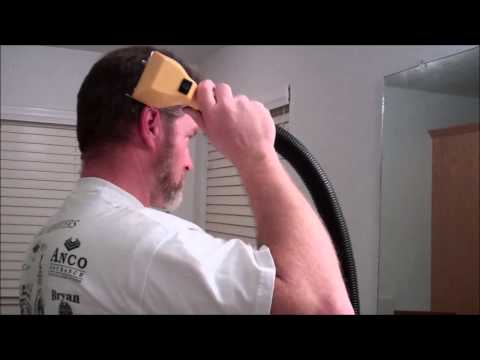 I had a Flowbee years ago and it worked great. It’s not a gimmick- it cuts to whatever length the spacer is and the clipped hair goes up the tube. I think people equate it with Ron Popiel’s shit, and that’s not fair.

I think people equate it with Ron Popiel’s shit, and that’s not fair.

I used to, until I tried to cut my hair with a Veg-O-Matic. The FlowBee worked much better in my opinion.

I think people equate it with Ron Popiel’s shit, and that’s not fair.

Yeah, I just had no evidence either way, and I didn’t want to go look at videos of it. I’ve cut my hair with cheap or dull clippers, and it’s not great. Really good clippers make it easier and more consistent.

I only know the Flowbee from infomercials. I suspect that, even if it cuts well to start out, it might get worse as the blades dull. It just doesn’t look like it’s built to last.

Cut Ron Popiel a break. His “pocket fisherman” was an ok item. I kept one on my car’s trunk and used it many times.

It’s just a matter of practice. I cut my own hair with scissors and just was asked by someone for the name of the barber.

The first several times weren’t that great, but you can get used to it. Having the Covid excuse would be so much better than my excuse of just being a cheap SOB.

FTR it went reasonably well. It’s apparently hard to screw up a Flowbee cut. Like the system is designed around fools and is intended primarily to prevent disaster in the hands of the inept…