For the men...you're in a "tap out" fight against Serena Williams. Who wins?

If she’s healthy, I bet she’s pretty damn strong. And I would not mind at all if she overpowered me to the point where I felt the need to submit.

But now suppose the fight is for 10k.

Once my head was locked between her thighs I’d be unable to breath. But I wouldn’t tap out.

If it means close physical contact with her, I win. I almost certainly lose the fight, but I still win.

Well, if she has any martial arts training at all she probably breaks me in to pieces, since I’ve none at all, and no real experience of fighting. Plus as a woman she probably doesn’t adhere to any silly macho ideal of a “fair fight”, and would probably whip out a weapon to stab, shoot or club me with.

I could easily kick her ass, but I’d take it easy on her and just let her wear herself out. I’d also see if I could bang her at some point during the fight.

Yes, I could tap out Serena Williams, but since submission grappling isn’t her thing it’s kind of like saying I could beat a Sumo wrestler in a foot race or an Olympic fencer in freestyle rapping.

She could kick my ass from here to next week.

This is R. Crumb’s fever dream.

I do a lot of shit well, but fighting is something I’ve got all the wrong instincts for, plus I’m scrawny and short. Unless my kids are in danger or something, your average fifteen-year-old could take me down, let alone a professional athlete.

I’m not particularly strong or anything, slapp-bang in the middle of Averageville in strength.

No doubt, if it was serious enough for me to break the “don’t hit girls” rule, I’d win. The fewer the rules, the easier my win would be.

I have no idea if she is a better fighter. She is certainly a better athlete than me. Her cardio is much better than me so she would just have to wait until I collapse panting on the ground.

Once my head was locked between her thighs I’d be unable to breath. But I wouldn’t tap out.

But what a way to go. I’d die smiling.

But what a way to go. I’d die smiling.

For me, it would be painful suffocation. There’s too much junk in that trunk.

As long as there are no weapons involved and it is no holds barred, I win, quickly.

I’m not particularly strong or anything, slapp-bang in the middle of Averageville in strength.

No doubt, if it was serious enough for me to break the “don’t hit girls” rule, I’d win. The fewer the rules, the easier my win would be.

Actually, I’d think you’d do best with rules. In a fight with no rules, then she’s free to try things that negate your strength advantage, like using crippling attacks or weapons; things like eye gouging, breaking or dislocating a kneecap, or plain old stabbing you with a knife. In a match with rules about “no permanent injuries, no weapons” then your size and strength advantages become much harder to overcome.

For me, it would be painful suffocation. There’s too much junk in that trunk.

To quote the great poet Sir Mix-a-Lot:
I like big butts and I can not lie
You other brothers can’t deny
When a girl walks in with an itty bitty waist
And a round thing in your face
You get sprung, wanna pull out your tough
‘Cause you notice that butt was stuffed
Deep in the jeans she’s wearing
I’m hooked and I can’t stop staring
Oh baby, I wanna get with you
And take your picture
My homeboys tried to warn me
But that butt you got makes me so horny
Ooh, Rump-o’-smooth-skin
You say you wanna get in my Benz?
Well, use me, use me
‘Cause you ain’t that average groupie
I’ve seen them dancin’
To hell with romancin’
She’s sweat, wet,
Got it goin’ like a turbo ‘Vette
I’m tired of magazines
Sayin’ flat butts are the thing
Take the average black man and ask him that
She gotta pack much back
So, fellas! (Yeah!) Fellas! (Yeah!)
Has your girlfriend got the butt? (Hell yeah!)
Tell 'em to shake it! (Shake it!) Shake it! (Shake it!)
Shake that healthy butt!
Baby got back! 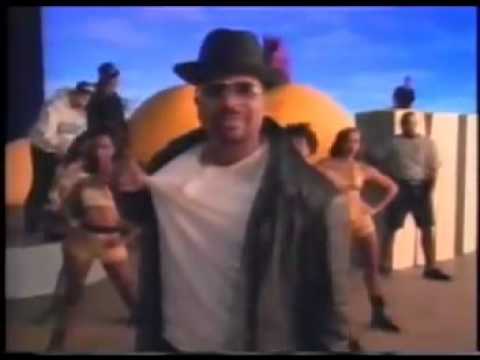 I like big butts and I can not lie

I counter with the teachings of philosopher Arthur Godfrey:

*She’s a twosome,
She’s a foursome
If she’d lose some
I would like her more some

YouTube: Too Fat Polka (She’s Too Fat For Me) (SFW)

Calling Serena Williams fat is the height of silliness.