I just heard about this on public radio, because it’s going to be shown at the upcoming Boston 39th Science Fiction Movie Marathon this weekend. It’s an Irish monster movie, in the style, apparently of Terence Fisher’s 1960s British monster flicks, about tentacle evil things attacking an Irish village. What makes this one irresistible is, well, watch the trailer: 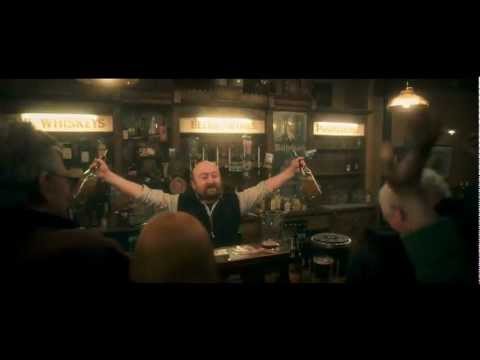 It plays shamelessly to stereotype by having the heroes discover that if they’re drunk, the alcohol in their bloodstream makes them poisonous to the monsters. So we have the spectacle of drunken Irishmen (and -women) fighting off the Monster Invasion.

The mind really DOES boggle.

I’ve seen it on Netflix. Not Bad. Not great, mind you, but an interesting effort, worth watching and well worth to keep the director in mind to see his/her further projects.

Started off pretty good…then it went on too long.
Mildly funny overall

I liked the premise, but the execution was exceedingly dull. I watched it with two friends, one of them a horror fan, and none of us cared much for it.