The old timers here will recall us amusing ourselves kicking around a free energy scam called “Steorn Orb” back in 2006.

Over the last few days Holcombe Energy Systems have popped up on youtube, and on facebook running the same scam, with glossy videos and a website.

Interestingly, headquartered in Dublin, same as Steorn was. I would suspect the two scams are related but the guy behind it (Robert Holcombe) is American and previously (or currently I don’t know) ran magnetic pain relief scams.

I searched the website for the bit where they say “give us money” but there’s nothing obvious. I suppose they don’t want to put up anything incriminating, and instead wait to see who contacts them wanting to invest, and only hit them up for cash when they are sure they aren’t law enforcement.

Their achievements are remarkable - they have found a new energy source called “electrical steel” which (are you sitting down?) is made of iron with small traces of silicon, manganese & aluminium. I suppose the key ingredient and what makes electrical steel special is the clever and carefully researched addition of the word “electrical” on the front of the word “steel”.

And from watching their video I’ve learned they have found that if you put iron near a coil of copper wire conducting a current, the electrical fields around it are concentrated. Faaaark. That is just amazing. You could, like, make a transformer or generator or electric motor or, really, heaps of electrical devices with a breakthrough like that.

I find it amusing that their website has a modern-looking, mobile friendly design pattern, and yet still looks like any old crank/quack website. Is it the animated GIF? The poor typesetting? The colors? The content itself goes without saying, but I can tell this is a scam just at a glance. It could have been in Chinese and it still would have been obvious.

Mrs Holcombe is a PR person according to her CV on the website. I blame her.

The FAQs are priceless

How can you be getting more power out than in? Are you not violating the laws of conservation of energy?
The HES generates more power than is required to run it. This allows the HES to recycle a portion of its power output through an interface in a self-regenerating fashion, while simultaneously powering an electrical load.

Interestingly, I was put onto this scam by an acquaintance who had a severe head injury. He has money to invest as a result of a payout due to his injury. But sadly his mind isn’t what it used to be.

I told him it was a scam but I’m not sure he believes me.

After I posted this OP, my acquaintance showed me an email chain in which these scumbags tried to get him to send a substantial sum as an “investment”. He assures me he didn’t send the money but I am not sure whether he did or not. Possibly he did but he’s too embarrassed to tell me.

The highlight for me so far has been watching the video, and hearing that the estimable Dr Holcomb pronounces his name “hokum”. The Hokum Energy System.

Maybe he’s a prankster and the name is intended to be a clue, and the joke is on me.

I’m still waiting for these guys to scale up their power system: 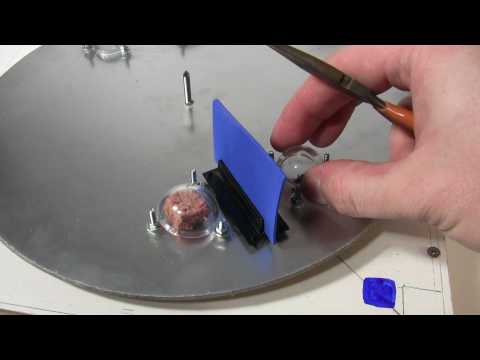 Where is the Super Fly?

Yeah, it is all a bunch of BS. I know people that have invested and still think it is going to work…when I called them out on facebook, instagram etc I have gotten banned. They took down their page that had the “verified” report from DNV-GL but they didn’t take down the direct link: DNV Certification It looks fake as hell…and if you go to the site to verify it on DNV Website DNVGL - Find a valid certificate Nothing shows up for Holcomb anything!

Ha yes I noticed this. I suspect they took down the link because I notified DNV (maybe many people did) and DNV threatened legal action.

I asked them where the link went but have had no answer.

I did as well! DNV never returned my email, but i guess that worked! What’s really interesting is that the uploaded content isn’t behind a login https://holcombenergysystems.com/wp-content/uploads/ and there some notable items in there including a PDF from 2019 saying they are planning on starting Manufacturing any week now haha

Don’t worry they won’t be necessary once Hokum Energy Systems gets its product up and running.

Free energy for everyone!

Ohhh man, they have irrefutable Proof

They had their “official launch” a few months ago. Still no products available.

And still no Nobel prize awarded to Dr Hokum. What’s a man gotta do to get appropriate recognition these days? Is claiming to have overturned the whole of modern physics not enough?

To be fair, Nobel Prizes in Physics do tend to lag by years in most cases.

But yeah, being able to buy one of these at Home Depot should be much faster and easier.

Just send Dr Hokum money and your investment will ensure this breakthrough reaches the shelves even earlier. Could even be by Xmas. Probably not this Xmas.