No, Discourse, not dial-up settings.

I’m writing a chapter about the history of food pills and I have to include The Jetsons. It’s a moment’s work to find the Dial-A-Meal, which apparently spit out burnt toast pills. Weirdly, every other gadget mentioned on the Jetsons fandom wiki lists what episode it appears in except this one. And I can’t find anything through Google.

So I’m throwing out an appeal to the collected groupmind. What episode is the Dial-A-Meal in? Or was it from the 80s revival? Or the Jetsons movie? As George says, Heeeeeeeeeeellllllllllppppppppppp!

I always remembered the name as ‘Foodarackacycle’.

That may be it. I found a reference to episode 15, no name. I have the Jetsons Season 1 DVD and in that episode 15 is Millionaire Astro, which doesn’t have a Dial-A-Meal. I’ll watch Test Pilot today.

I always remembered the name as ‘Foodarackacycle’

The program made almost a fetish of ignoring continuity if the writers could come up with a new gag. I don’t think we ever see a four-person car outside of the opening credits. George usually flies a single seat car unless he needs a passenger seat, in which case the car somehow knows that when he drops into it. (He can drop directly into the car but has to take an elevator up.) The Foodarackacycle (fandom spelling) or Food-a-Rac-a-Cycle was in the first two episodes. After those food was in several more from other gadgets, including a Dial-A-Meal. Oddly, I don’t think they ever showed a telephone with that old-fashioned dial

Yes, it was “Test Pilot.” Right at the beginning, too, so I didn’t have to watch the whole thing.

Now that that is settled : for your project have you got the Leacock short story about a food pill? 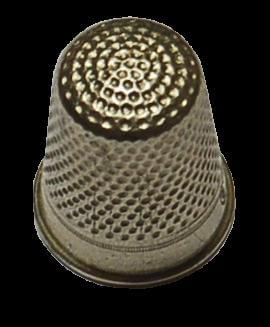 As the guy who runs the Flying Cars and Food Pills website, the answer is yes.

Marvellous! I’m going to be poking around for a bit. Thanks for the link.

That’s a whole lot of good stuff. I saw no mention of Moller, who I thought was an influential conman, but had pretty cool looking prototypes.

Moller’s too recent for me. I stop the history of the future with The Jetsons. Everything after that is too knowing and ironic to be fun.

Concentrated or compressed foods for explorers had been around for at least a half century by then, almost a century if you include some of the less successful stabs made in the 1800s. The military had a long history of experimenting on soldiers.

The space program had the advantage of freeze-drying, which itself had been around for half a century but only recently had been successfully applied to foods. Instant coffee had a similar history, being invented in the 19th century but not really taking off until 1964 when a pure freeze-dried instant coffee was put on the market.

Everything is older than you think it is, I’ve found. Pemmican is a mixture of tallow, dried meat, and sometimes dried berries. A caloric rich food, it can be used as a key component in prepared meals or eaten raw. Historically, it was an important part of indigenous cuisine in certain parts of North America and it is still prepared today. The word comes from the Cree word ᐱᒦᐦᑳᓐ (pimîhkân), which is derived from the word ᐱᒥᕀ (pimî), "fat, grease". The Lakota (or Sioux) word is wasná, originally meaning "grease derived from marrow bones", wi Pemmican...

The space program had the advantage of freeze-drying, which itself had been around for half a century Chuño (Spanish pronunciation: [ˈtʃuɲo]) is a freeze-dried potato product traditionally made by Quechua and Aymara communities of Bolivia and Peru, and is known in various countries of South America, including Bolivia, Peru, Chile and Northwest Argentina. It is a five-day process, obtained by exposing a bitter, frost-resistant variety of potatoes to the very low night temperatures of the Andean Altiplano, freezing them, and subsequently exposing them to the intense sunlight of the day (this The e...

Everything is older than you think it is, I’ve found.

Gelatin-coated pills also date from the early 19th century, if not earlier, but I wonder if anyone used them on food before those Mercury pills, or since. Historically, non-perishable rations have been bad enough as is.

Incidentally, the other day I tried some brand of energy bar which turned out to be so dry that it was nearly impossible to choke down without chugging copious amounts of water.

As far as I could search, cheese is the oldest documented food designed by humans to last beyond its normal expiration date. I don’t doubt that pemmican or jerky may be older but I couldn’t find proof of that. Cheese is dated to 8000 BCE so if you have an archaeological cite of something earlier, please pass it on.

As for freeze-drying, I meant as a commercial process.