Sometimes when I’m on mobile the site becomes extra wide and doesn’t fit on the screen any more. The main text in threads is usually still sized to fit the screen, but other elements like the profile dropdown disappear halfway off the screen to the right, and if I reply to a post the text entry box becomes too wide for the screen, which is very annoying. Sometimes refreshing fixes this, but mostly not. Not sure what causes it, it looks like some element is too big to fit - possibly one of the ads - and affects the others.

Ah, if you can pin it down to a specific ad, let us know.

(If you accidentally get into desktop layout mode on mobile you’d experience something like that too, but it doesn’t sound like that’s what is happening in this case. To tell if you are in desktop layout mode, look in the hamburger menu for “keyboard shortcuts”.)

I don’t think it’s a specific ad. I’ve never seen any ad that doesn’t fit on the screen. But there does seem to be something funny going on with the space reserved for not-yet-loaded adverts. I took these two screenshots in the same thread, which is afflicted with the extra width problem: 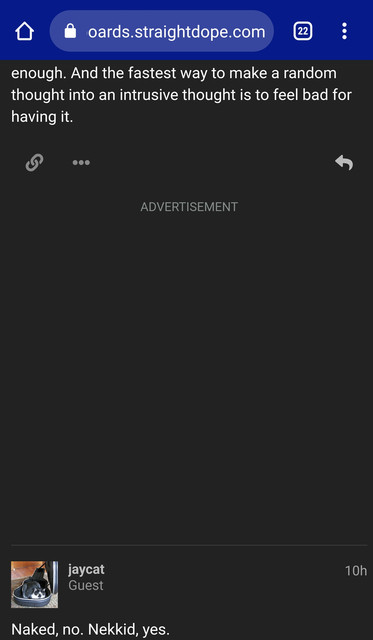 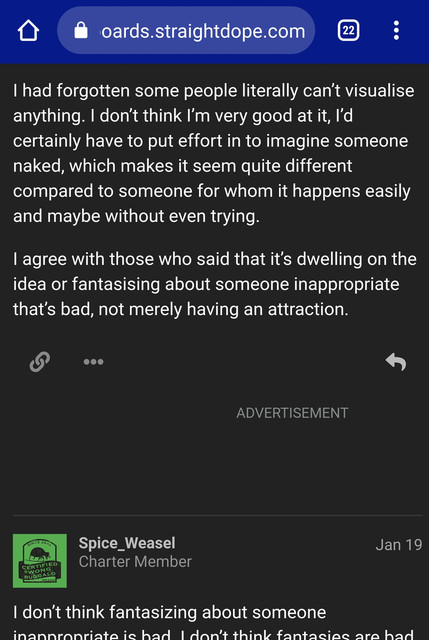 The text ‘ADVERTISEMENT’ for the second ad appears to be centred according to the extra width, whereas for the first ad it’s centred on the screen ie correct width.

In this short thread the text input box where you write a post is working correctly, but in longer threads it is now nearly always broken. Makes it very difficult to write more than a line or two. The text of posts does not extend off the screen even when this happens, surely the input box can be made to display the same behaviour?

(I checked the menu and I’m not in desktop layout.)

I’ve noticed something lately with this behavior. If I’m reading while not logged in, after about 15 or 20 minutes, something changes and everything gets sized correctly.

Can’t even guess if it’s something gone buggy with a bit of bad code or an ad or what.

This correction, or whatever it is has never happened while logged in though, so, yeah, can’t even hazard a wag