…a couple of cool scenes from the upcoming Doctor Who box sets that really flesh out a couple of scenes. Its nice to see a few of the old companions! Just wanted to share… 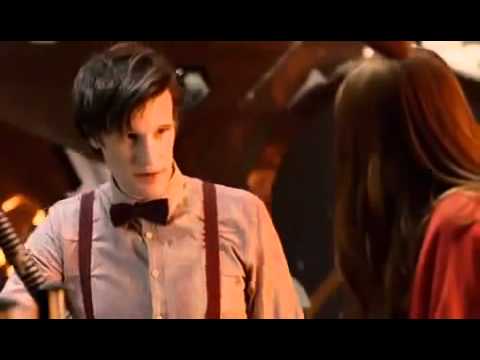 Also as a bonus treat: here is a photo I took of Paul McGann from the recent Armageddon Expo in Auckland last month. He was wearing the “unofficial” new eight Doctor costume made especially for Armageddon, and was sporting a new sonic screwdriver made by Weta Workshop. (sorry, didn’t get a pic of that

“Is that a leather bikini?”

Thanks for posting those. I watched them while eating breakfast.

I had seen the 2 vids earlier. I liked them alot, and the explanation of why the Doctor brings companions with him.

Wonder if the beard will be an addition to the 8th Doctor’s outfit???

Amy (and the Doctor) asked to see ALL former TARDIS travellers. So, why did the scanner only showthe female companions? I would’ve loved for Amy to look at a few of the guys - Jamie, Adric, Turlough - and ask “D’ye swing both ways?” and hear the Doctor’s response.

Quick! Who’s the first who can name all the previous companions shown? Rose, Martha, Donna, Leela, Sarah-Jane, Jo, either Zoe or Peri (can’t tell which), both Romana’s…

Stupid question: Why is Number Eight getting a new costume? Are they thinking of a Two Doctors special or something?

Stupid question: Why is Number Eight getting a new costume? Are they thinking of a Two Doctors special or something?