One of the most clear favourites in Round 1 has to be the Rays, considered by many prognosticators to be the favorite to win the AL, while the Blue Jays are considered the favorite to be the best team that played in Buffalo this year. Toronto has a streaky lineup and untrustworthly bullpen, but the narrowness of a three-game series can’t be overstated. Nothing is certain in a best-of-3, but the Rays have to be 2-to-1 favorites at worst. This is the youngest playoff matchup; the Rays are the fifth youngest team in the AL, and the Jays are the youngest.

This might actually be a bigger mismatch than Tampa-Toronto but the fact Houston is the first AL team to ever make the playoffs with a losing record is, surely, kind of flukey? They aren’t REALLY a 29-31 team, right? Still, Houston has talent, even if they no longer have garbage can lids, and have some good starting pitchers even if Justin Verlander’s out and “Framber Valdez” is obviously an alias.

Nelson Cruz has become one of my favorite ballplayers. Eight years ago I would have thought he was two years away from being done, but now he’s 39, huge, and runs like furniture, but that sumbitch is hitting better than ever. He just mashes.

The Sox were the best team in the AL there for awhile and then just tanked the last two weeks. I’m not sure what to make of that; sometimes it seems to carry over, and sometimes not. By any overall objective analysis they’re still one of the league’s best teams; they’re just as good as Oakland at pitching, much better at hitting, and are probably the best team in the majors at fielding. Dallas Keuchel is great again, so I think they’re a force. The A’s are short of good bats so they need to get a few 2-1 games to their genuinely amazing bullpen.

The Yankees started out the year looking like they’d go 50-10, and then they were so bad they looked like they might not make the playoffs, and then they were amazing again, and then they kind of coasted this past week. I have no idea which version will show up Tuesday. DJ Lemahieu is my pick for AL MVP; interesting that leaving Coors didn’t hurt him at all.

Cleveland, meanwhile, has my pick for Cy Young, Shane Bieber. The importance of having the best pitcher in the series is enormous in a 3-game series; if your ace steals one, you’re way further up. This probably plays an even bigger part here than it does with Hyun-Jim Ryu for Toronto against the Rays, because while the Jays are a clear underdog perfectly capable of getting their asses kicked after winning one game, Cleveland is not, and they’re likelier to split the remaining two if Bieber brings the goods in one game.

What is the greatest team of all time to not win the World Series? I don’t mean in just one season, like the 1954 Cleveland Whatevers, 2001 Seattle Mariners, or 1969 Orioles; I mean a sustained period of truly outstanding talent. If this Dodgers core can’t win one, it’s gotta be them, right? Who else could it be?

If they blow it to the Brewers, forget about it. I know it’s only sixty games but the Dodgers were easily, far and away, the best team in the majors. The Dodgers were better at EVERY POSITION by wins above average. Every one. The Brewers have lost Corbin Burnes, their MVP. The Dodgers can’t blow THIS, can they?

My pick for the likeliest upset. Cincy closed very strong and Trevor Bauer is another pitcher on an underdog capable of single handedly winning the big game. IT would be nice to see Joey Votto get into a World Series, if only because he’s the third greatest Canadian ballplayer of all time, and the best two - Fergie Jenkins and Larry Walker - never won a World Series, which sucks.

Man the Braves are loaded though. They can hit, they can pitch. Most of their best talent is young; they’re going to kick ass for years. In a playoff series, though, it does concern me that after Max Fried and Ian Anderson, they’re praying for rain again.

The Marlins’ run differential was -41; it’s a damn miracle they went 31-29. They were 11th in a 15-team league in offense, and 12th in pitching, and they’re not super good at fielding. They are probably the worst team to ever play in a postseason of any kind. They have some good young starters but no huge aces yet. So the only franchise to never lose a playoff series will probably win it all, goddammit.

The Cubs struggled to hit this year but they’re still clearly a better team. You know everyone who plays for them, they’re all super famous. I have to think someone like Kris Bryant can overcome the bad “Regular season” and rip it now that the games matter more.

The Slam Diego Padres were certainly the most fun, famous team of the year, right? When has that ever happened, San Diego being the biggest story in MLB? Never, that’s when. This team looks solid as hell to me. Now that they replaced one Austin (Hedges) with another Austin (Nola) at catcher, there are no apparent lineup weaknesses.

The Cardinals, by comparison, really don’t do anything well offensively; limited power, no speed, no on base masters. Their second best starting pitcher is a 31-year-old dude with eight major league starts. I am not confident in the Cards’ chances, and now that I’ve typed that they’ll win 11-2 and 9-0.

The Cardinals, by comparison, really don’t do anything well offensively; limited power, no speed, no on base masters.

Speed might be the only thing they do have.

Yeah, it’s hard to take this year seriously. But screw the Marlins, that is not a playoff team, this is looking like the NBA. I hope the Cubs crush them

I think the Dodgers, As, Rays, Padres, and Yankees are a cut above the competition, but I could easily see this being a year in which the Astros meet Cubs or some weird result like that.

This is clearly the year that the Indians win. They’ve gone forever without a WS title, and it would be the very essence of Cleveland to do it in the year with the shortened season and all the weird “this year doesn’t count!” rules.

I’m still rooting for the Padres, who were my darkhorse team before the season started. They’ve been so fun to watch. I recommend everyone that doesn’t have a rooting interest in the West to pick a team from there to follow next year - it’s always nice to flip MLB.tv on late at night when everyone’s gone to bed and have a game to watch with a team you’re following. 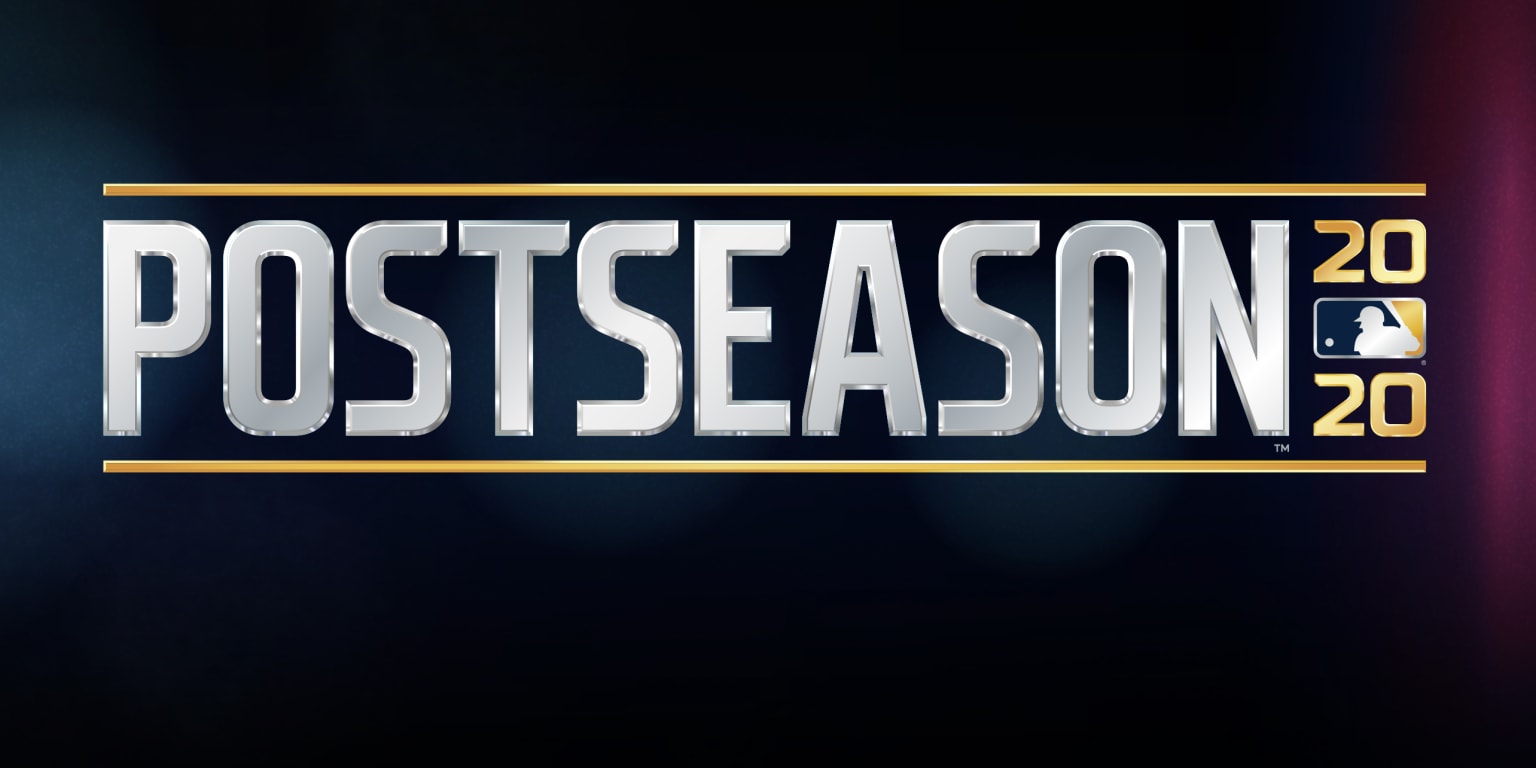 Here's how tiebreakers will be handled in 2020

The expanded 2020 postseason means more opening-round action but no tiebreaker games to determine any spots in the 16-team playoff field or seeding. Everything will be handled mathematically.

Milwaukee had a better intra-divisional record than the Giants. The first tie-breaker was head to head record, but teams played only within their own divisions this year.

Specifically just for this season. Normally, no, they would never decide in/out by tiebreaker.

I think the Dodgers, As, Rays, Padres, and Yankees are a cut above the competition, but I could easily see this being a year in which the Astros meet Cubs or some weird result like that.

Of course, in a way, this is the year in which it’s likeliest that bad teams can’t get there, because they have to get through the most playoffs. The challenge is to bear in mind that basing one’s impression of a team’s quality on a 60-game season is less accurate than on a 162-game season, which is why I am somewhat leery of teams like the Marlins, White Sox and Blue Jays, who got unexpectedly and dramatically better, and a bit more confident in teams like the Braves, Yankees or Rays, who were good last year, too, with the same basic cast of characters.

And a team like the Nationals that was starting to get hot is staying home even though this is similar to last season where the Nats started like shit and then won it all.

I like the Reds chances with the rotation they have that can spell the sorry bullpen going forward if necessary. This is definitely a team that got hot at just the right time so they have confidence they won’t let their cardboard cutouts down.

Minnesota lost their 17th consecutive playoff game, a record unmatched in any other major pro sport.

Yanks brought their bats with them and Cole looked pretty darn good.
Bieber looked terrible, I am thankful for that.

Just hope Tanaka can pitch a solid game and the bats get to Carrasco.

Minnesota lost their 17th consecutive playoff game, a record unmatched in any other major pro sport.

That’s worse than missing the playoffs for 10 straight years. Ouch.

The Royals won the World Series in 2015. They now have the 5th longest playoff drought in the MLB.

When I read that somewhere I struggled to believe it because I couldn’t remember the last time the Padres won a playoff game, but they did win one in 2006.

13 of those losses were against New York. Man, they must hate the Yankees out there.

Just realized we could be seeing the very last Cleveland Indians game tonight.

You mean for the year I hope?

Nope, forever. My bet is that the team changes their name during the off season.