But if someone other than Fauci started putting out Fauci brand facemasks made out of tissue paper with his picture on it, wouldn’t he have grounds to sue even if he had no intention of entering the face mask market?

Anyone can sue. Would he prevail? I don’t know and I can’t ask Dad anymore.

As you said before, it might fall under fair use of his name and not actually be a trademark per se, whatever the non-Fauci company claimed as one.

My Pillow guy walked back his claims that Individual 1 would be reinstated in August. 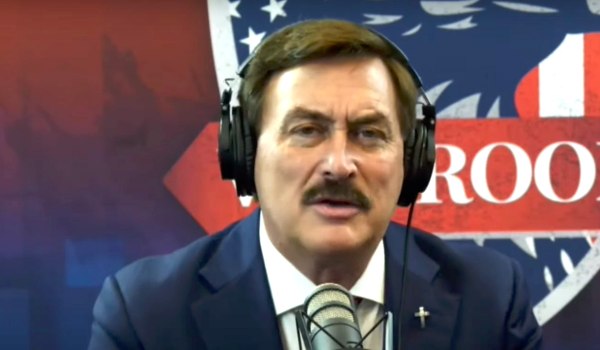 Mike Lindell would like you to forget that he said the thing he said. 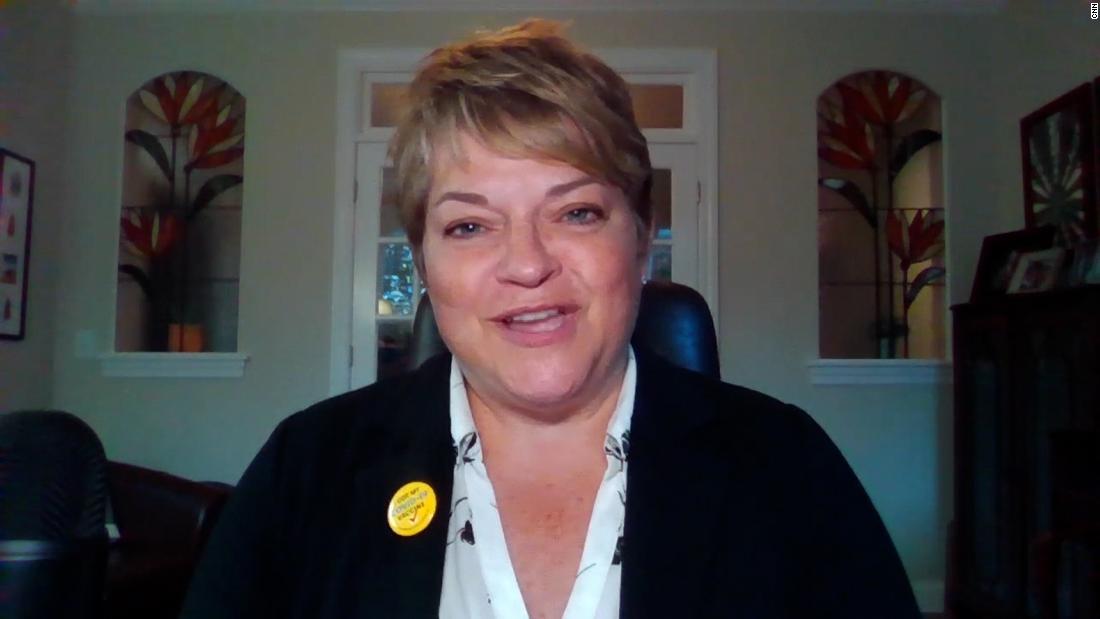 Tennessee's former vaccine manager said she was sent a dog muzzle before she...

Tennessee's former vaccine manager said she received a dog muzzle in the mail before she was fired.

This is insanity. Who in the hell are these people listening to? Do they actually not want the children of Tennessee to be protected against measles and polio and the like?

The former vaccine manager has actually decided to leave the state over this.

I think the main thing they were objecting to was that she was reminding/informing people that children over the age of fourteen do not need their parents’ consent to be vaccinated. If parents do not have total control over every aspect of their children’s lives, there’s a very real chance they might be exposed to new information and make up their own minds indoctrinated.

Evil Republican Idea of the Day is another thread:

The Republican Party is the Party of Evil The BBQ Pit

My Pillow guy walked back his claims that Individual 1 would be reinstated in August.

Kinda like all those fraud accusations by T****'s team of crack lawyers kept getting walked back when they were in front of a judge instead of news cameras.

“So, are you inferring, counselor, that fraud was committed in counting the presidential votes in this state?”

“Not at this time, your honor.”

Evil Republican Idea of the Day is another thread:

Well, shit. Do we need a 3rd thread for Republican ideas that are BOTH evil and stupid?

Naw, I think it should be up to the poster to decide which is which. But a policy where you literally stop all vaccine notices for children… that clearly is more evil than stupid.

I think I need to point out that these morons are not trying to stop all vaccines, but rather they are trying to prevent the Health Department from reminding kids that they do not need their parents’ consent to get a vaccine. There is a difference, and I think their plan is backfiring, as nearly all the local news coverage I’ve seen has been reminding people of this law. I hadn’t even heard about this until now, so I’m thinking their efforts at muzzling the Health Department has had a Streisand effect.

At this point, the needle is starting to swing to the stupid side of the equation.

This is insanity. Who in the hell are these people listening to? Do they actually not want the children of Tennessee to be protected against measles and polio and the like?

Just think of how owned the libs will be!

trying to prevent the Health Department from reminding kids that they do not need their parents’ consent to get a vaccine.

You mean that thing that the state supreme court deemed was constitutional decades ago. Why to Tennessee Republicans hate the constitution?

Why to [do] Tennessee Republicans hate the constitution?

Makes you wonder what would happen if the Democrats came out with a ringing endorsement of gravity or heliocentrism.

Right To Vote: In Minnesota, Lawmakers On Both Sides Seek Changes To Voting...

Lawmakers on both sides of the aisle in Minnesota are putting forth bills to change the voting process in the state.

CORNISH: …And proposing new, more expansive bills of her own using her experience as a voting rights attorney. We’ll hear more from Representative Greenman in a moment. But first, Senator Kiffmeyer explains why she and her fellow Republicans are focused on bills they say will help with voter security.

KIFFMEYER: The issue in front of us is, were the ballots cast with integrity? Were they given the right amount of access? Were they accurate in how they counted them? And was their privacy respected? So those are four fundamental principles of any election laws. And to ask the question is not being spurious or anything else. It is simply saying the voters deserve an answer to those questions. And the mere fact of asking the question is being challenged. And when it’s being challenged, you wonder why they’re keeping things secret.

KIFFMEYER: Well, again, in Minnesota, you have to prove intent. So it’s only a stupid criminal that actually gets convicted because they were dumb enough to say, yes, I intended to commit voter fraud. Anybody else who said, gee, I didn’t know, the case is usually dropped. There’s nothing happening. And so to only judge the merits of fraud on those that are convicted is not a true measure of what fraud may be happening, and that is a material fact.

I would have said to her about the fact that if the prosecution does not prove the charges true, then the person is acquitted of the charges. But I had to yell “that is stupid!” to the radio when I heard that last quoted part of the NPR report.

Senator Kiffmeyer, IMHO, when saying that something may be happening, it is stupid to say that that is a material fact., you are making an insignificant number of fraudulent votes to be your guide while willfully ignoring almost all the important valid votes.

Senator Kiffmeyer, IMHO, when saying that something may be happening, it is stupid to say that that is a material fact. , you are making an insignificant number of fraudulent votes to be your guide while willfully ignoring almost all the important valid votes.

This is the argument Bricker used to make: that it’s okay to effectively disenfranchise hundreds of thousands of real, legitimate voters in order to prevent one hypothetical fraudulent one.

In other news, we have always been at war with Eastasia.

He’s so close. You could also categorize this comment as ‘accidentally Left’.

EXCEPT if they’re tax cuts for the rich. Those are perfectly okay.

Kinda makes me wonder why Republicans didn’t just change a law that they disagree with, like they usually do. But yeah it seems like at this point Republicans are actively trying to kill as many people as they can, regardless of party affiliation.

Dr. Fiscus was on the news again this morning. The Streisand Effect is in full swing now.

The needle moves one step closer to the Stupid side.