Virginia state legislature candidate suggests that all of the boats should be removed from the water to lower the water level. 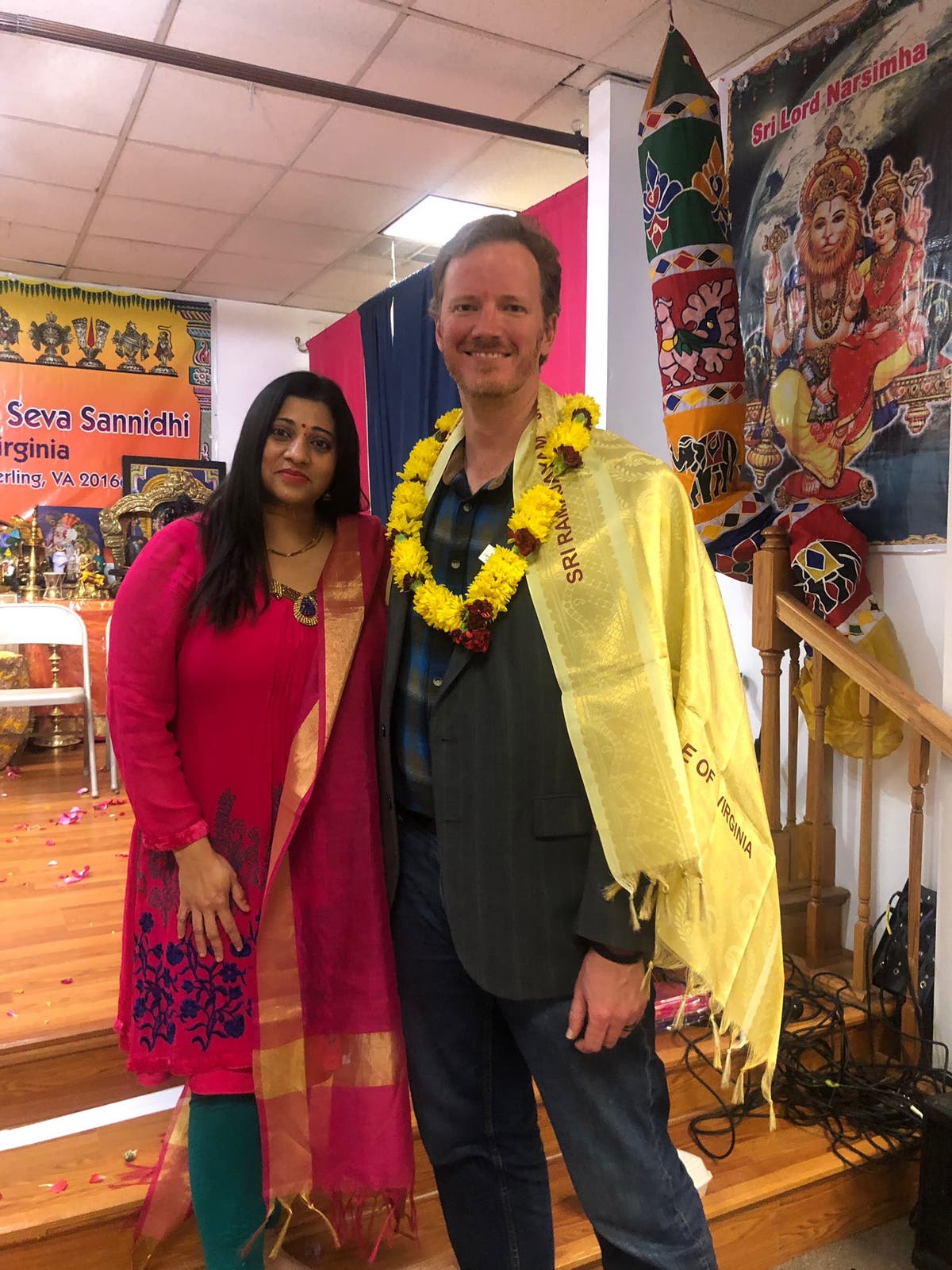 Pro-Trump candidate wants to take all the boats out of the water to lower sea...

‘When you take things out of bath water, the bath water decreases, does it not?’

Well, the water level goes down if the thing you remove is big, bloated, and full of (hot) air. I’m sure Donnie has observed this phenomenon first hand on many occasions.

Yecch. Get the eye bleach.

Virginia state legislature candidate suggests that all of the boats should be removed from the water to lower the water level.

Republicans are actually so stupid, it’s impossible to debate them. This is not a new tactic, it’s what they are.

My GOD that’s as bad as thinking an island would tip over if it got crowded.

This would have been funny as an SNL skit. But, it’s real. As has been seen, they are outdoing the onion, and on a daily basis.

Amusingly enough, Randall Munroe of XKCD has already done the math on this one.

Extrapolating from the last few years of UNCTD data, and using the coefficients from the book, suggests that the world fleet weighs about 2.15 billion tons when fully loaded. The main component of the fleet by weight is oil tankers and bulk ore-carrying ships, which make up over two-thirds of the total. (The UNCTD data doesn’t include small recreational boats or naval fleets. However, based on some numbers for naval fleets and recreational boats, neither one contributes much to the total.)

A ton of water is about a cubic meter. 2.15 billion cubic meters divided by the surface area of the oceans equals about 6 microns (0.006 mm).

But you don’t have to worry about that six-micron sea level drop. The oceans are currently rising at about 3.3 millimeters per year due to global warming (through both glacial melting and thermal expansion of seawater).

At that rate (normalized for seasonal variation and short-term fluctations), if you removed every ship from the ocean, the water would be back up to its original average level in 16 hours .

Madison Cawthorn seems to think that individual members of Congress have some sort of special powers. He said when the Republicans take back power, he, personally, apparently, will have Dr. Fauci charged with lying to Congress, and he, personally, will seize all of China’s assets. 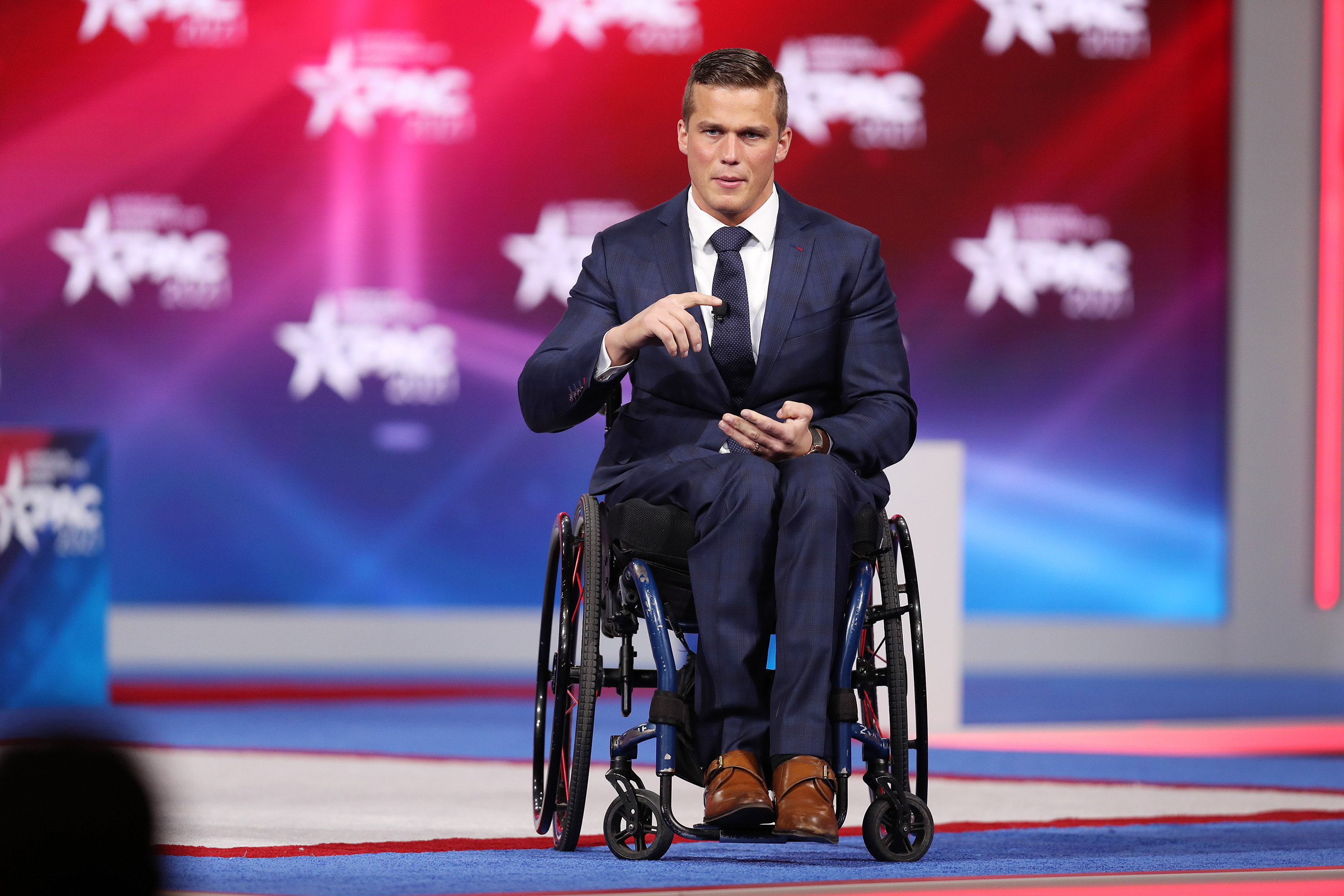 Great link. Thanks to Ballotopedia I found his campaign website – the direct Google search it was crowded out by the news stories – and sent him a message with the URL in it.

In his Twitter he does complain how, “The Director of the @LoudounDems bully’s (sic) me & now he’s attacking women. Secretly records women about being Americans & being patriotic.”

I don’t know what he’s whinging about because I can’t make out the audio snippet he includes nor do I Twitter account which apparently is needed to get the whole thing.

Madison Cawthorn is an idiot. He is on the record that he focuses his efforts on media rather than legislation and hired staff based on that. Hence why he gets around a lot on TV and at events. But he us so ignorant about basic facts it is laughable.

This one is about six weeks old but I don’t think I’ve seen it.

Some young alt-right asshat decided it was time to liberate conservatives from the Big Tech tyranny of phones designed by experts that have knowledge and experience.

So he decided to make the Freedom Phone and sell it conservatives. Ok, he didn’t make it from scratch, he got a bunch of cheap Chinese phones and loaded them with his own software. He soon found out that, to use his own analogy, Freedom phones were like world peace —- because they were something that was way easier to imagine than it was to deliver.

After a very sitcom-like adventure in which our asshat attempted to make and ship thousands of phones pretty much all by himself, he finally partnered with some desperate and defunct third-rate phone company. Now, conservatives can get a budget phone with shoddy software for the price of a good phone, way to own the libs!

This link is “gifted” from my NYT and should be free for two weeks. It supposedly won’t count against your free views. 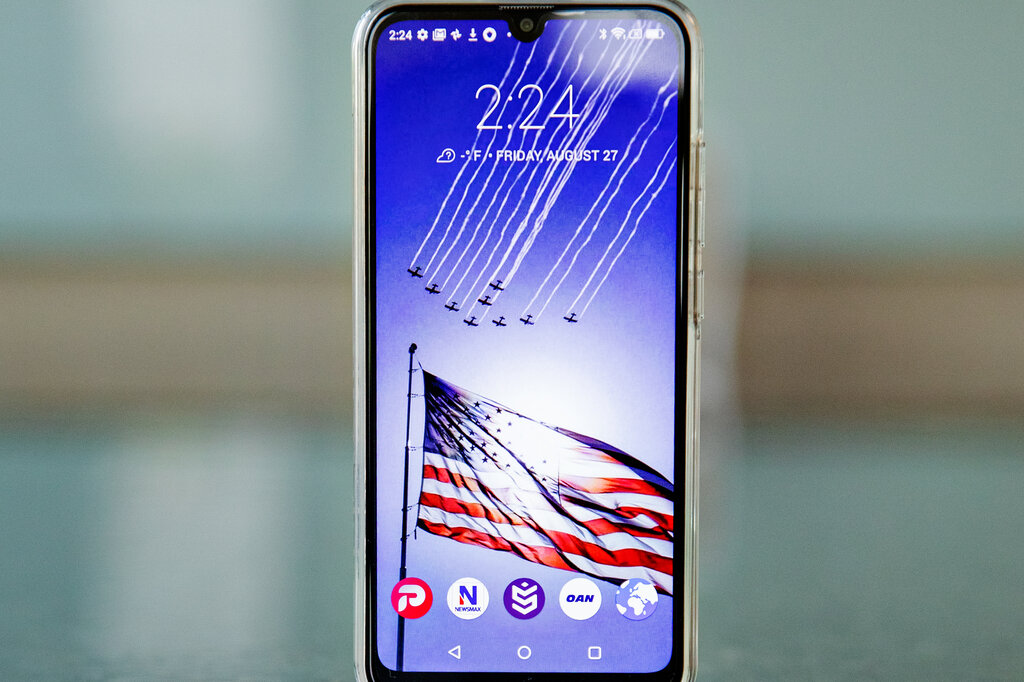 The Strange Tale of the Freedom Phone, a Smartphone for Conservatives

A 22-year-old Bitcoin millionaire wants Republicans to ditch their iPhones for a low-end handset that he hopes to turn into a political tool.

Sounds like “political tool” describes more than the phone.

Some young alt-right asshat decided it was time to liberate conservatives from the Big Tech tyranny of phones designed by experts that have knowledge and experience .

So he decided to make the Freedom Phone and sell it conservatives. Ok, he didn’t make it from scratch, he got a bunch of cheap Chinese phones and loaded them with his own software. He soon found out that, to use his own analogy, Freedom phones were like world peace —- because they were something that was way easier to imagine than it was to deliver.

…This link is “gifted” from my NYT and should be free for two weeks. It supposedly won’t count against your free views.

Thanks for that. No matter how many of these ‘incompetent yet malevolent right-wingers plan to do harm and make money’ stories we read, each fresh example is newly disgusting.

One wonders why they don’t go directly for the screen-in-the-wall, angled so the entire occupant’s apartment is visible. That’s how you exert real control over minds!

Shit, I remember a reference made to a conservative cruise ( the ship on the ocean kind ) and sure enough they showed an ad for it. A cruise for conservatives with “entertainment” being provided by the presence of various RW figures doing their spiel. I thought it was an SNL spoof commercial at first. Checking further online, I noted that there were several operators offering conservative cruises.

I’m gobsmacked. One can’t enjoy vacations or travel without a partisan filter?

… One can’t enjoy vacations or travel without a partisan filter?

To a True Authoritarian, everything is political: the phone you use, the cruise you take, the car you drive, the clubs you join, the people you associate with — all reflect your loyalty to the Party and/or Dear Leader. That’s why organizations like the Gestapo employed a wide network of informers, so that they could build detailed dossiers of everyone which could be used against them if need be. And why (IMHO) the politicization of issues such as masks and vaccines — issues which should be no-brainers — are indications of a slide toward authoritarianism.

ETA: The Nazis had a class definition called asocials — people who didn’t join the Party when they were in a job that recommended it, who didn’t donate to NDSAP charities, who didn’t express enough enthusiasm over their childrens’ Hitler Youth / BDM activities, &c&c&c … all that went into their dossiers, and if enough “evidence” accumulated they were in danger of a long vacation in a concentration camp.

… One can’t enjoy vacations or travel without a partisan filter?

To a True Authoritarian, everything is political

This statement is inaccurate, at best. Because it is equally true to say “To a True Concerned Citizen, everything is political”.

Because, get this: everything is political.

For example: I thought I was just getting excellent cel phone service but it turns out I was helping to set up OANN.

While you are correct that any action could have (possibly unintended) political repercussions, I was referring to what should be politically-neutral actions which are used as indicators of political reliability.

Would it have helped had I used “partisan” instead?

The possibility of vengeful kangaroo courts after a GOP victory is rather frightening.

This could go on for a while.

Has anyone mentioned this yet?

Ron Watkins, the conspiracy theorist otherwise known as Q, is running for Congress in Arizona. 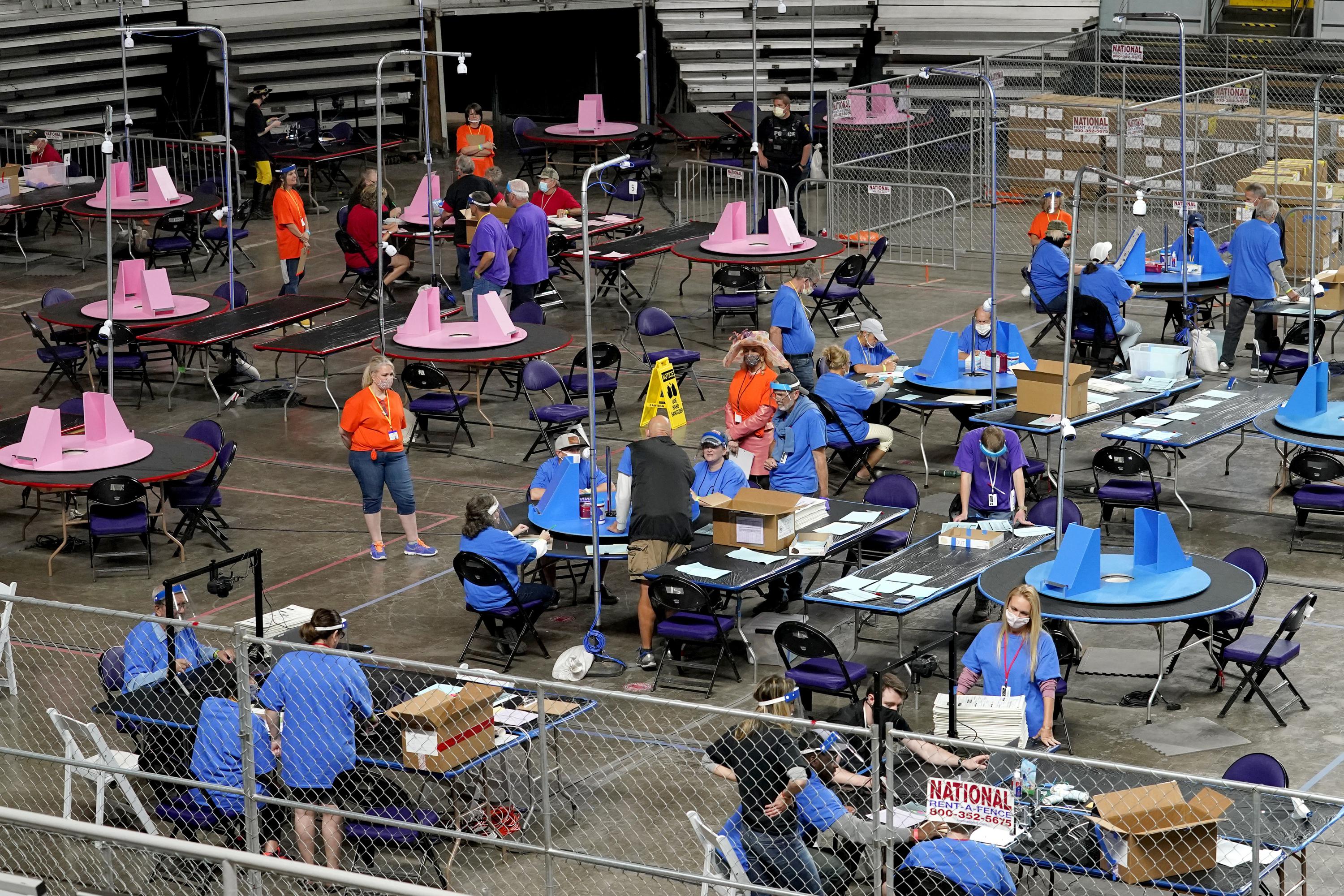 PHOENIX (AP) — Ron Watkins, a prolific promoter of false conspiracies about the 2020 election who is closely tied to the QAnon movement, says he is running for Congress as a Republican in Arizona.

He denies being Q but there’s a lot of evidence that points his way.

Don’t you have to live in a state to get elected in that state? I thought this guy lived in the Philippines.

ETA: Aha! From the linked article:

It’s not clear whether Watkins currently lives in Arizona or its 1st Congressional District.