Let’s do it! Caps vs Panthers in what should be a good series. Gotta say, the Caps have been very inconsistent this season but they do have the experience to win this series.

PENGUINS WON!!! It’s only the first game, and it took us 3 rounds of OT, but we did it.

Unfortunately, we’re on our back-up goalie, Casey DeSmith, since Tristan Jarry is on IR. BUT…DeSmith left during OT, and no word on why. (Louis Domingue finished – does that count as “back-up-back-up”?)

I have no optimism for my team. The Caps made the playoffs but need improvements in forwards, defense and goal. Two places I’ve lived in the past make me want to see Carolina and Colorado do well.

That was absolutely embarrassing by the Nashville Predators last night and the 7-2 score doesn’t show how dreadful the Preds were. The Avalanche are damn good, but still.

The Oilers have a serious playoff voodoo going against them right now. They’ve lost the last 7 all by one goal going back to 2020. Since their deep run in 2006 (losing game 7 in the final), they’ve won exactly one playoff game.

The whole 'spicy pork and broccoli ’ thing is pretty funny.

The Oilers have a serious playoff voodoo going against them right now.

Well, maybe they exorcised the demons last night. Is it just me, or have these playoff games been kinda … crappy so far? A lot of blowouts. Let’s hope it doesn’t persist.

One of the Hanson brothers coaches the men’s hockey team at Robert Morris, I believe.

Maybe, just maybe, we’ll win this round after all. crosses fingers

Wow, surprised Lou Lamirillo let go of Barry Trotz.
Either Philly, Winnipeg, or Seattle will be his likely next destination.

In my sense of fair-mindedness and magnanimity I’ll leave this without comment. 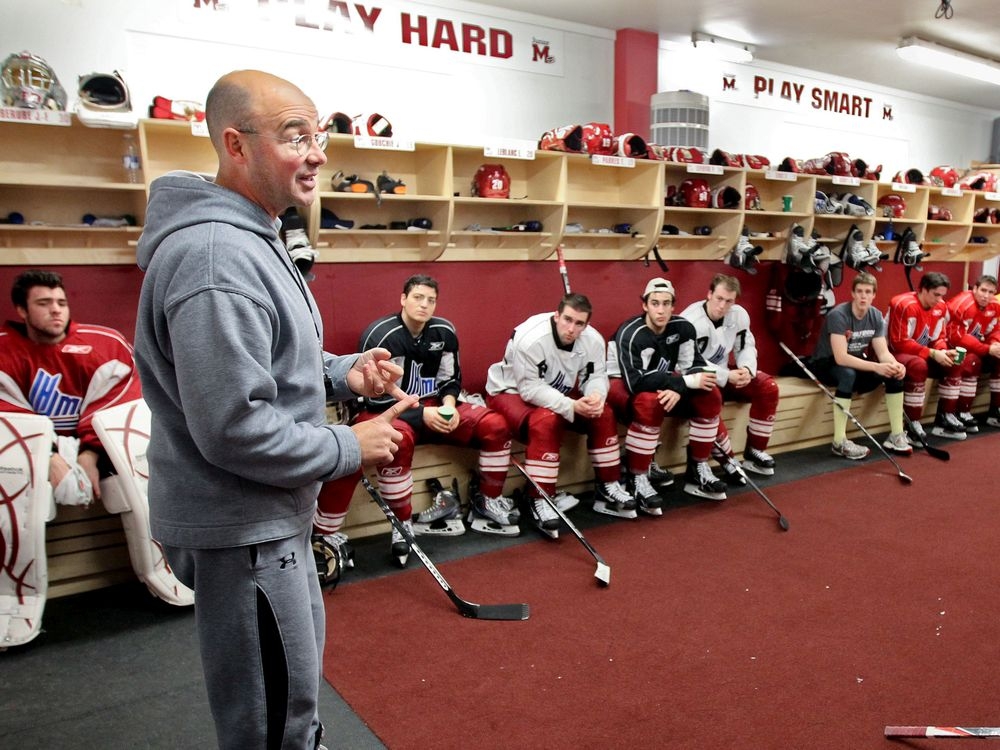 GARRIOCH: Senators fire senior VP Pierre McGuire after less than a year on...

The Ottawa Senators have shown Pierre McGuire the door after only 10 months on the job.

As of this writing, who’d’a’thunk the reputedly soft-ass Maple Leafs were leading the play-offs in PIM.
Nylander! The goon! (yeah, I know they have a couple guys…heh but not many.)

Jeff Carter needs a haircut. I know others go all hairy, especially play-off time, but, nah, all that curly shit coming out the back of his helmet - uh-uh. Nope.

The best part of a best of seven series is that after all that, it can still boil down to game 7. Thank you New York, Pittsburgh, Boston, Carolina, Tampa Bay, Toronto, Edmonton, Los Angeles, and most of all Dallas and Calgary. Of the last two, one is the home team, and both have participated in a fantastic defensive duel.

Well, Sid was practicing today – and wasn’t wearing a no-contact jersey. So THAT’S good news. AND Jarry was also practicing as well. So while I’m not all that optimistic, at least there’s a shred of hope.

(As long as we don’t totally humiliate ourselves)

And back off Jeff Carter.

It’s hard to imagine what it must be like to be a Leafs fan this morning.

It looks like Crosby AND Jarry could be back tonight.

But will Burkie ever do his tie up, though?

Here’s an article from the Pittsburgh Post-Gazette, but it’s behind a paywall.

At least for those who’ve read too many articles from the PPG. Maybe it’ll work for someone else and you can tell the rest of us?

As for me, well, at least the Capitals didn’t win either. That’s something, I guess.

Damn Calgary, I salute you. Otter made you earn it, at least.

On one hand, I am happy to see another Battle Of Alberta (it has been too long). On the other hand it is too bad that a brilliant series from Oettinger did not end up with a win.

On the other, other hand, I think that the Stars are in great shape moving forward. Between Hintz, Robertson, Heiskanen and Oettinger, the Stars have a solid core of talented young players to build around. The future looks bright.