No one has anything to say for an MMP?

Just about the time I rousted DH out of bed, it started raining pretty hard. We also have lots of wind. Being out and around and dealing with a tire change is going to be SUCH fun. The tire place where I bought all the current ones (thus there’s some warranty that may or may not be helpful depending on what exactly happened to it) is closed today, so I think the better move is going to be to change in the spare, then deal with getting the bad one fixed. I’m going to be lobbying hard for new wiper blades while we’re at it, since I’m pretty sure the ones we have are near/at the end of usability.

Got a frozen chicken thawing in a sink of cold water so it can become soup later.

It’s also National Cheeseburger Day, so one of my Instacarts today included items needed for that, and DH really wants Taco Bell now that the Mexican Pizza is back.

Slept poorly. Friends coming over outside only later today. I need to follow up on household and work communiques that haven’t been responded to. 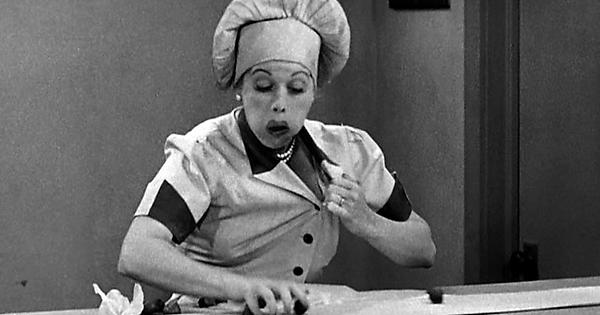 Howdy Y’all! We deheathenated (it was nice to just plop down in a pew next to OYKW for the first time in three months), got back to da cave, had sammiches, and napped. All in all a good day so far. Tomorrow night is men’s night over to the church house, thus steaks are marinatin’ and beer is chillin’. Also, the biiiiiiiiiiiig trash can has been hauled all the way down to the road for pickup tomorrow. I took it down a little earlier, but I was just ready to do it and return to sloth and general overall uselessness as is my wont.

Teela yikes! Glad you’re feelin’ better today. Who knew that eatin’ healthy could be bad for your health! Also, may I say that retirement is da bomb!

Taters sounds like hubs bday was fun, busy, boisterous, and noisy. Glad everybody has a good time.

JtC good on you for accompanyin’ your mom to the Mensa meetin’. Down the road you’ll be able to say you were glad you did that for her.

Oopsie glad you had such a good time with your friend. Sometimes it’s just good to sit, relax, and catch up on stuff.

shoe if one is to procrastinate, one should at least be productive while doin’ so.

shoe, when Nelson’s nails begin to get caught on stuff, like you, I know he needs to be tied down and have them clipped (I only have to restrain him if the back ones need a trim, which is, mercifully, not often).

Hope that the Mensa meeting goes well JtC. It’s nice of you to take your mom.

Solved a few world problems drinking coffee this morning. Talked to Sis for a while this afternoon. I also finished the birthday card for my lead. I wanted to make sure that the inside layers that had been glued were fully dry before adding the sequins, acetate and top frame layer.

OK, I’ve been here about half an hour, but there was stuff to tend to and a computer to turn on. Almost exactly 13 hours door-to-door. We stopped twice for gas, twice for food, and once for potty break (other potty breaks came with gas or food stops.) SIL dropped off Higgs after lunch, so she was here to greet us. FCD is watching football now and I’m getting caught up on line.

Tomorrow is for laundry and mowage. Tonight is for chillage. I’ve already fed Higgs and scooped the cat box, so go me!

Oh, and did I post earlier that MIL has said they will move. She finally conceded that she can’t handle FIL alone. So FCD will be checking out a few other apartments around here and we figure we can get them here within 2 months - so before Thanksgiving.

Next few months are going to be crazy…

How do birds find bird feeders? I put out a suet cake and there were two woodpeckers there within 30 seconds. I hadn’t even taken the packaging inside to throw out yet. I’ve been lax on my feeding, so the feeder has been empty for around 3 weeks. Do they smell it?

FCM Glad you’re home. Take a break! It’s going to be a chore once the ILs move nearby. But at least it won’t be a 13 hour drive to deal with it.

A lazy Sunday afternoon/evening has done its job: I’m almost feeling prepared for the coming week.

I ate lunch on the patio, but it got too hot (for me) quicker than I expected and I think we wound up only spending 30-40 min outside. I wanted to keep reading my book, though, so after bringing everything back inside — and giving Bailey a Milk Bone — I did something I hardly ever do these days: I sat on the couch and read until my Kindle’s battery gave out. It was nice. Since then I’ve been happily watching more M*A*S*H, and except for doing a load of laundry it’s been a gloriously nonproductive day.

MIL has said they will move

What a relief (in the long-term)!

Apparently got to the Golden Corral too early, the Pot Roast wasn’t out, but I improvised and between soup/salad and a main course of bacon and fries along with a dessert, I got my $20 worth. Been home watching some tackleball and doing laundry (2 out of three loads are done, third just starting) and am going out to start the sprinkler on the front yard (I’ll do the back tomorrow). So fairly ambitious for a Sunday.

FCM, welcome home and get some rest tonight…sleep with Mel and any other name that will get you the rest you’ve earned.

Oopsie, so glad you have a friend close by you can do things like that with. Mosty of mine are at the end of the computer, some I get to see on my travels, but…

OK, better change the laundry load. All y’all have a good evening and I’ll catch you on the next MMP.

I meant to post more than that photo before, but the phone rang. I’ve been busy with small chores. One of them was dividing the snake plant son and DIL gave me for Mother’s Day. Holy frick. It outgrew its pot and was STILL pumping out pups faster than you can say “Zero Population Growth.” I now have five snake plants in three pots, and there are teeny pups in each. My balcony looks kind of Trouble with Tribbles. I should send some to Boo: snakes on plains.

I’ve read every post, but little has stuck. FCM, delighted your MIL has seen the light! I’m sure you’ll find a wonderful apartment for them that’s not too far away. I hope you get a day to catch up on R&R soon.

Actually had to schedule that for tomorrow. PepBoys was much too busy today, but the nice counter lady did have a moment to look the situation over and she thought it’ll be safe for DH to drive the car to irk and back tomorrow. I just finished scheduling an appointment for tomorrow after DH gets the car home, at our usual tire place. We did accomplish fresh new wiper blades. With forecasts calling for an inch or two of rain in the first half of the week, seemed pretty important.

I spent about two hours (maybe more) chopping wood. I only got around 70 pieces for the fireplace. I guess I’ll have to rent the log splitter again.

Good luck with getting the in-laws moved and settled in Moooooom. What will happen with your BIL?

metal mouse, the last time that I ate at a chain buffet, it was only ~$10. I guess that it’s been a while.

Ah crap, I’ve got the hiccups.

What will happen with your BIL?

He’ll be coming, too. MIL will start working on him so he can get used to the idea. So we’ll have to find an apartment for him.

I’m showered and ready for beddy even tho it’s not yet 8. I’s tahred!! I will crash shortly. Lots of laundry and mowage tomorrow. And it’s supposed to hit 89°! So that should be fun.

I retired two years ago today. I still feel like part of the company but just inactive. I was one of the rare people in the world who fit into my job like a round peg into a round hole, and I really loved it.

I guess I’ll have to rent the log splitter again.

I’d love to be a fly on the wall when you try to convince wifey that nothing will happen this time!

I’m still having some guilt feelings over lying to Mom, but she was quite the social butterfly before the world ended and she thrives on social interaction.

We will have a good time, and if I forget to bring the toaster, it will only be an hour away. I think I’m going to buy a small microwave, we missed having one in our room last time and this place doesn’t seem to the the sort to have one either.

FCM, have you looked into the costs involving renting a small ADA compliant apartment and then paying a housekeeper weekly and a home health worker to come in daily? This isn’t going to be cheap, but it might be a better option than paying for an assisted living home. They will be close, so you will be there often to help keep an eye on things. I wish you so much success, no matter what you do.

Good weed tends to take away all of my give-a-shits and lets me smile at trumpies, you might just think about it for a couple of years…

I am indulging a bunch today because we have a couple of guys over who are cutting up my oak tree. Every branch they cut off is as dry and dead as if it had died three years ago instead of three months. I feel like crying.

They are also cutting off a bunch of my climbing roses because the storms blew them off the roof and they are trying to peel off the lattice, which broke in the last storm.

I know the roses are going to come back, but that section of our yard looks TERRIBLE and I hate it.

Front yard watered, laundry dried and folded/put away and Big Bowl P’Sallit consumed. And I will now rest from my labors and internet for awhile before heading off to bed. Take care all.

FCM, understand why BIL will want to move there, just concerned he’ll be an added burden to an already busy schedule for you and FCD. Hang in there.

OK, nite all and I’ll catch you on the next MMP.

I’d love to be a fly on the wall when you try to convince wifey that nothing will happen this time!

‘That sure is a small pile of wood for two hours of work.’

‘Yes, it is. You are not going to get another log splitter.’

I cleaned, I napped. I signed up for eyeglasses(9/30) and COVID/flu shots(9/24). Watching Packers/Bears, and having a Wisconsin Old Fashioned.

. I guess I’ll have to rent the log splitter again.