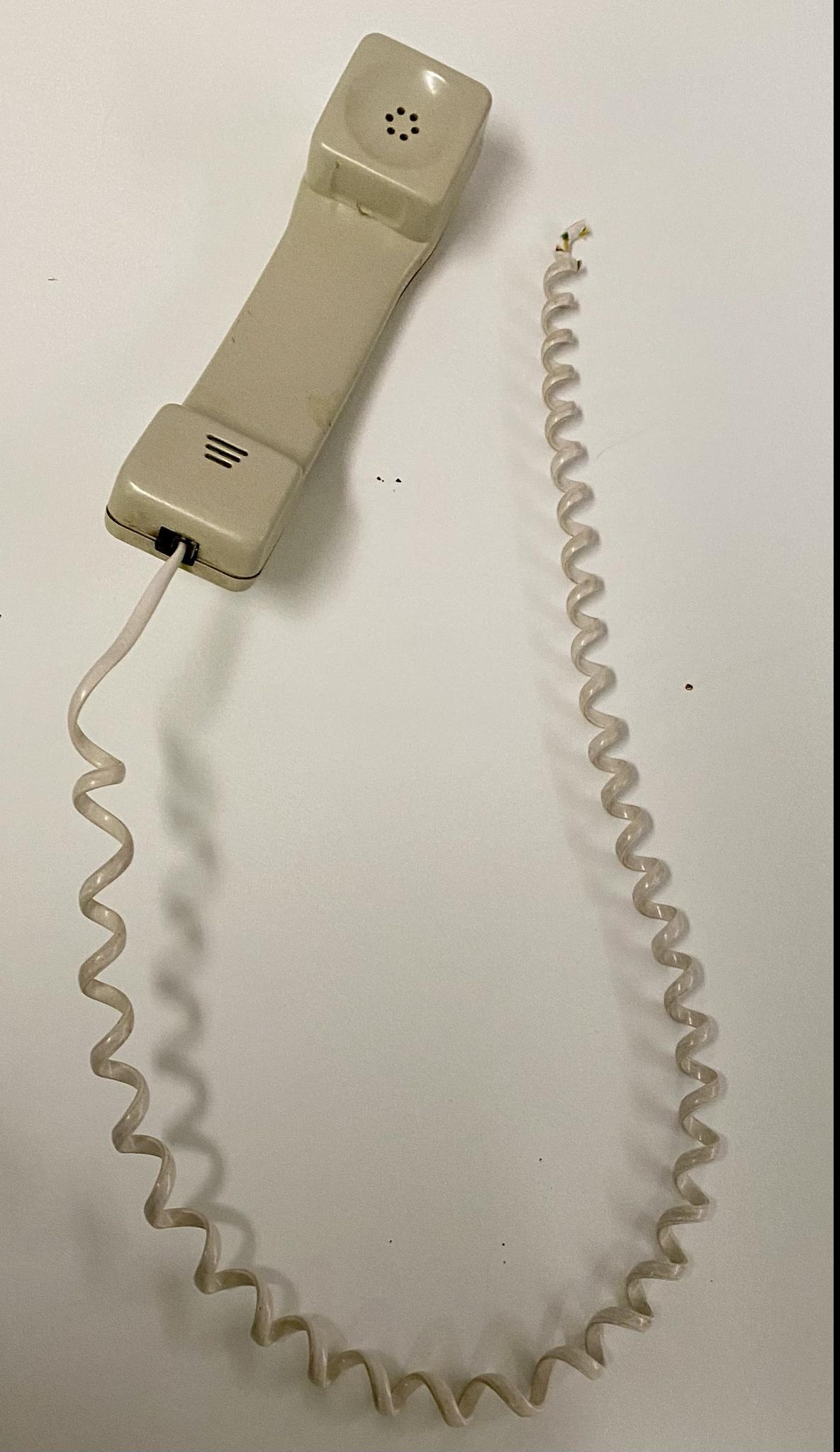 But it’s hard to be angry with her (Kizzy on the left, Loki on the right)

Gosh, I hope her teefies are okay.

Gosh, I hope her teefies are okay

Heh. Her teeth are one of her super powers. She chews deer and elk antlers: 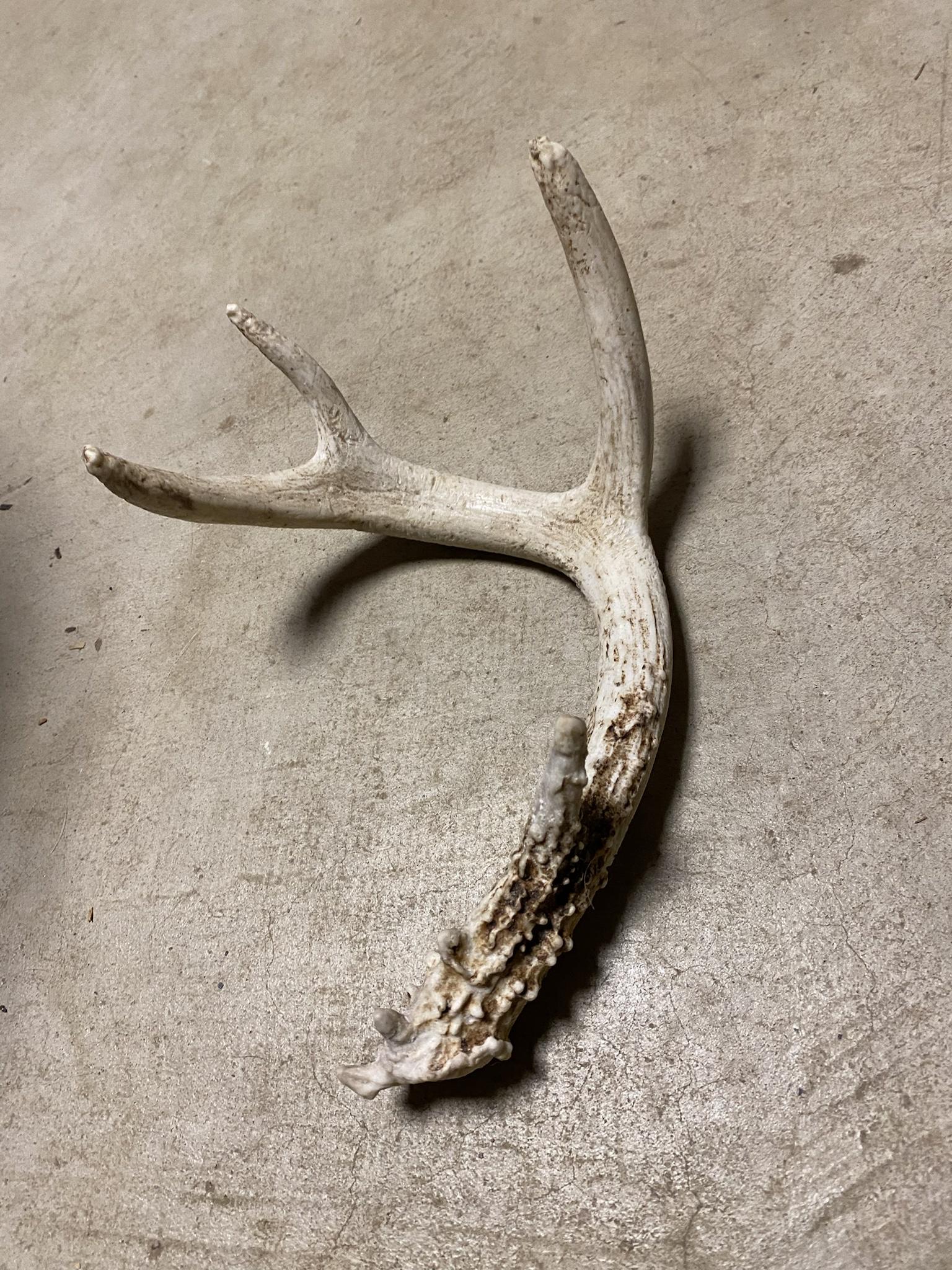 Cats are such dignified animals 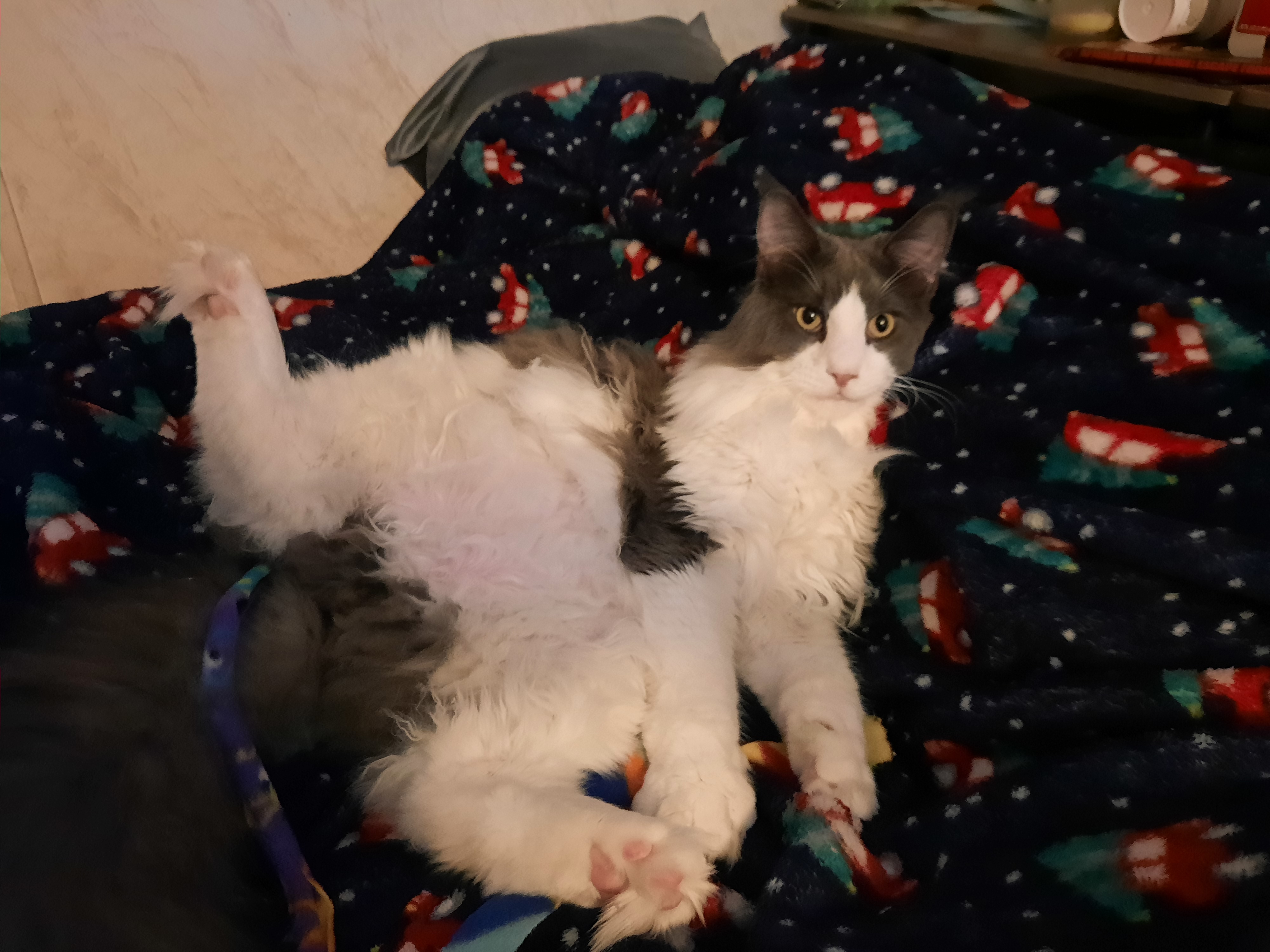 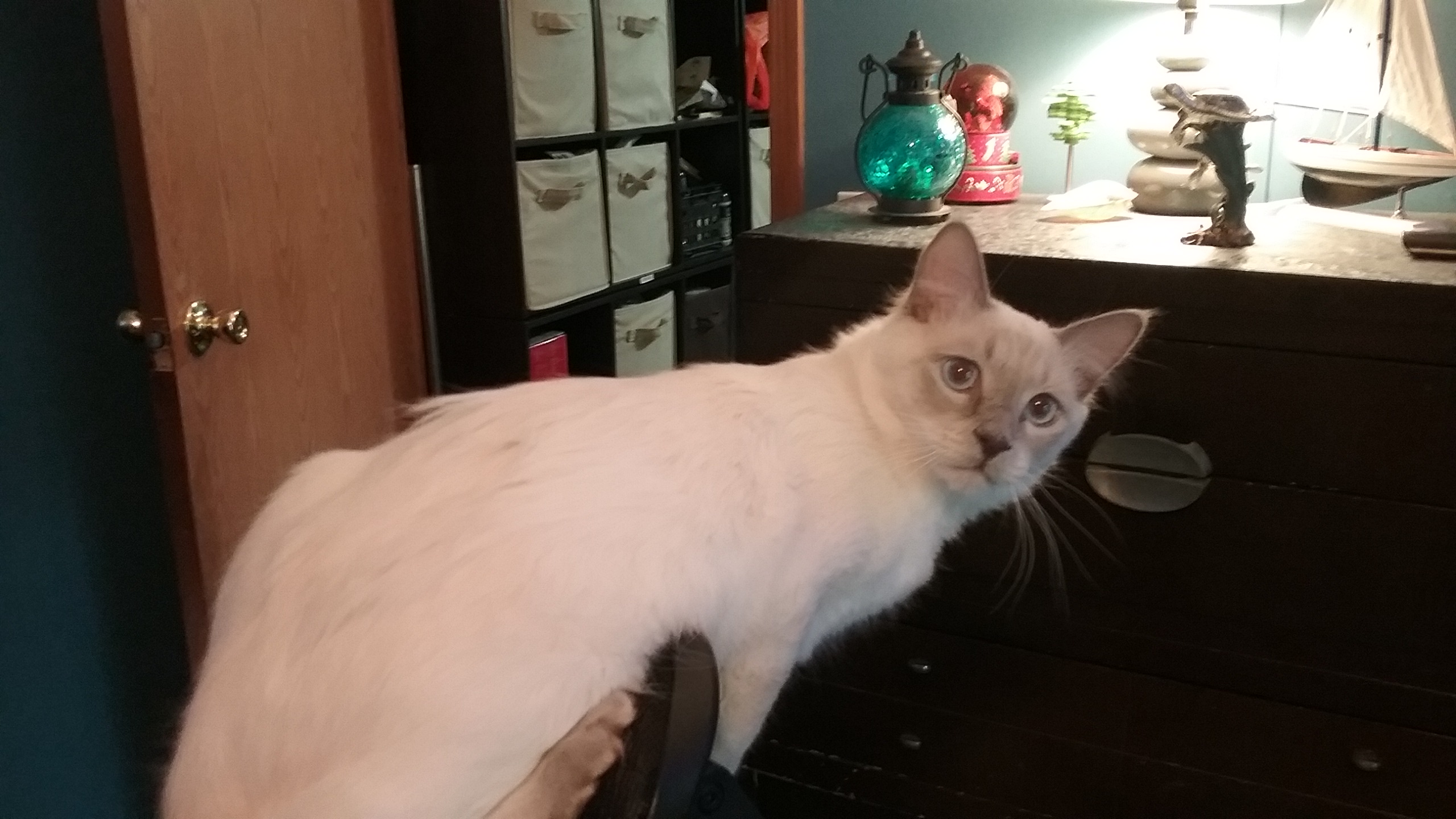 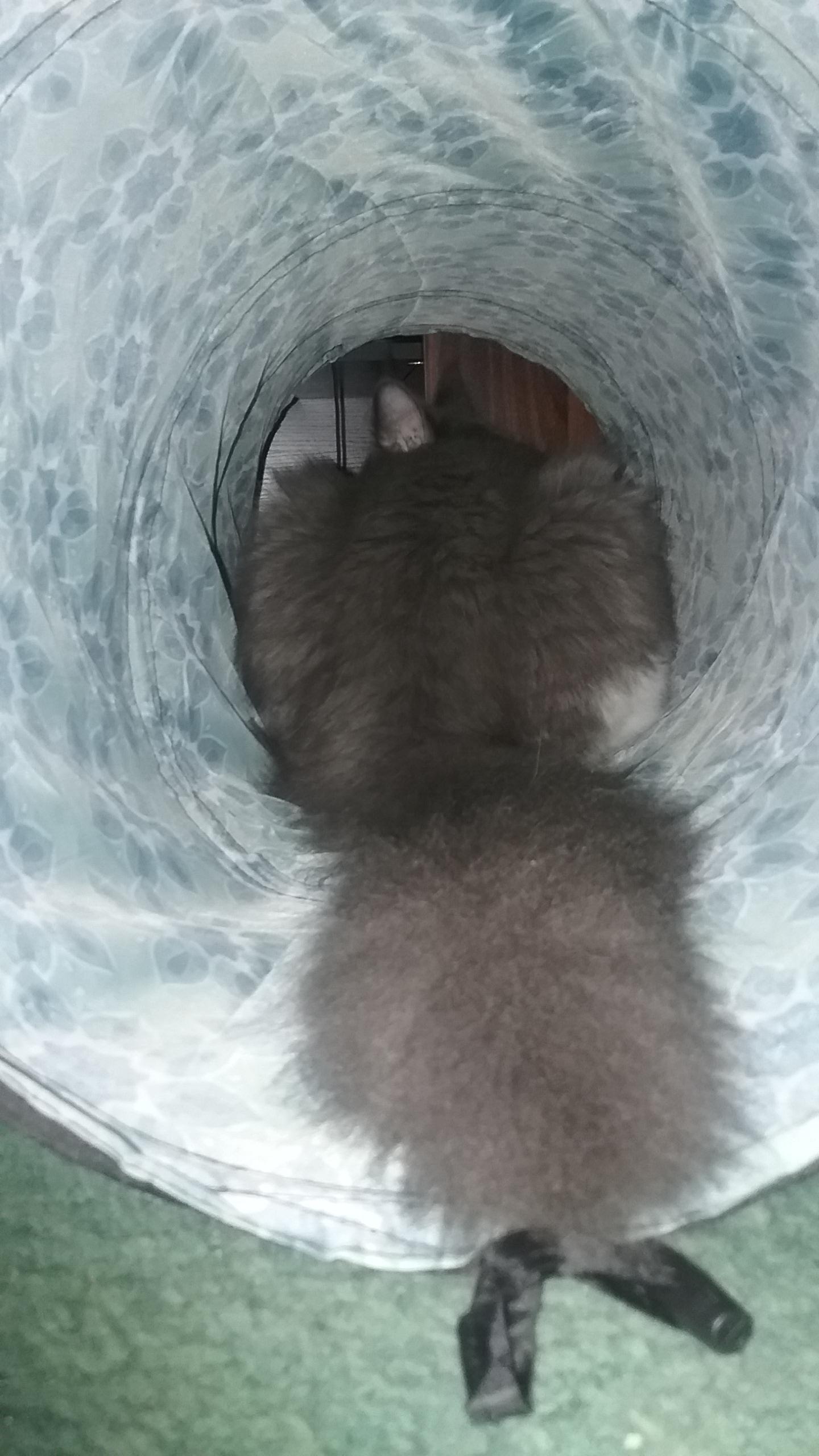 Kizzy is a modern pup. She doesn’t believe electronics should be constrained by cords!

P.S.- Looks like the type with modular plugs at both ends – you should be able to get a replacement cord without having to buy a new phone. Lots of them on Amazon.

P.P.S. – I have closely scrutinized the pic of Kizzy and Loki. Both are angelic pictures of complete innocence. Kizzy didn’t do it! I suspect she was framed by some local scheming Cat.

Please be sure that Poe knows that I’m president of his fan club!

An album of Shadow’s goofiness. Sadly, he passed away last fall. I miss his silliness.

And I have to share my favorite Shadow story. I got a mobile groomer to get all the mats out. She brushed out Shadow first, and he loved it. He acted like he was a king and his loyal vassals were helping him with his toilette. When Zoey was being groomed and she objected, he tried to slide in and replace her 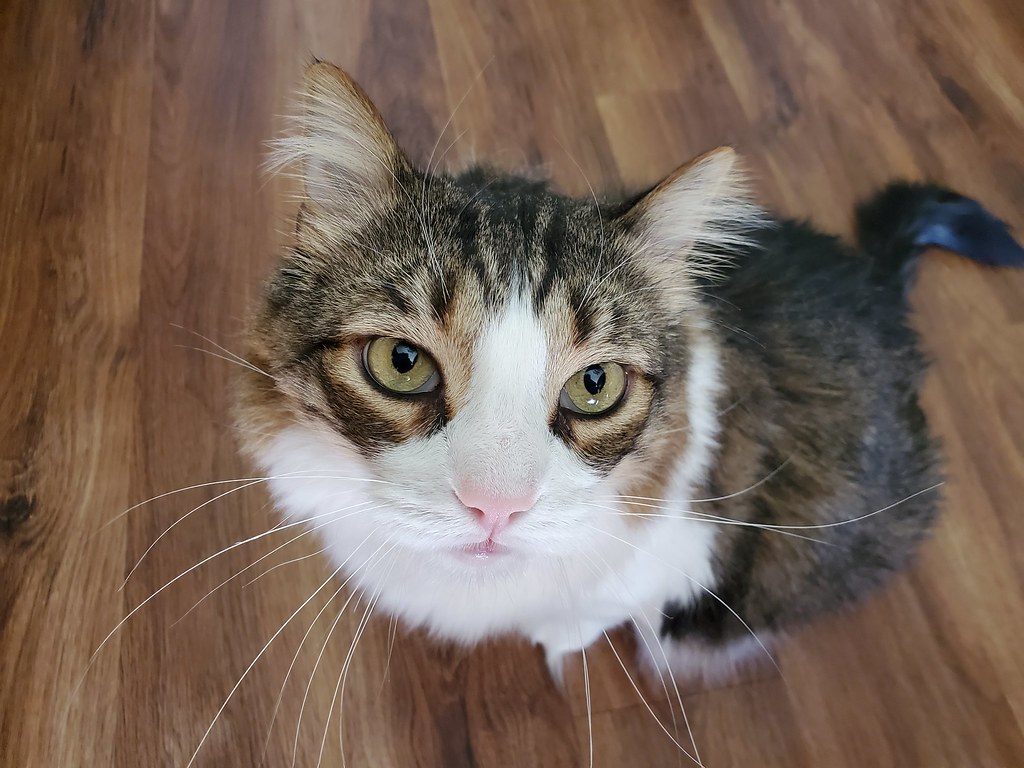 Kizzy had her first agility class last night. She did well. We had a blast. 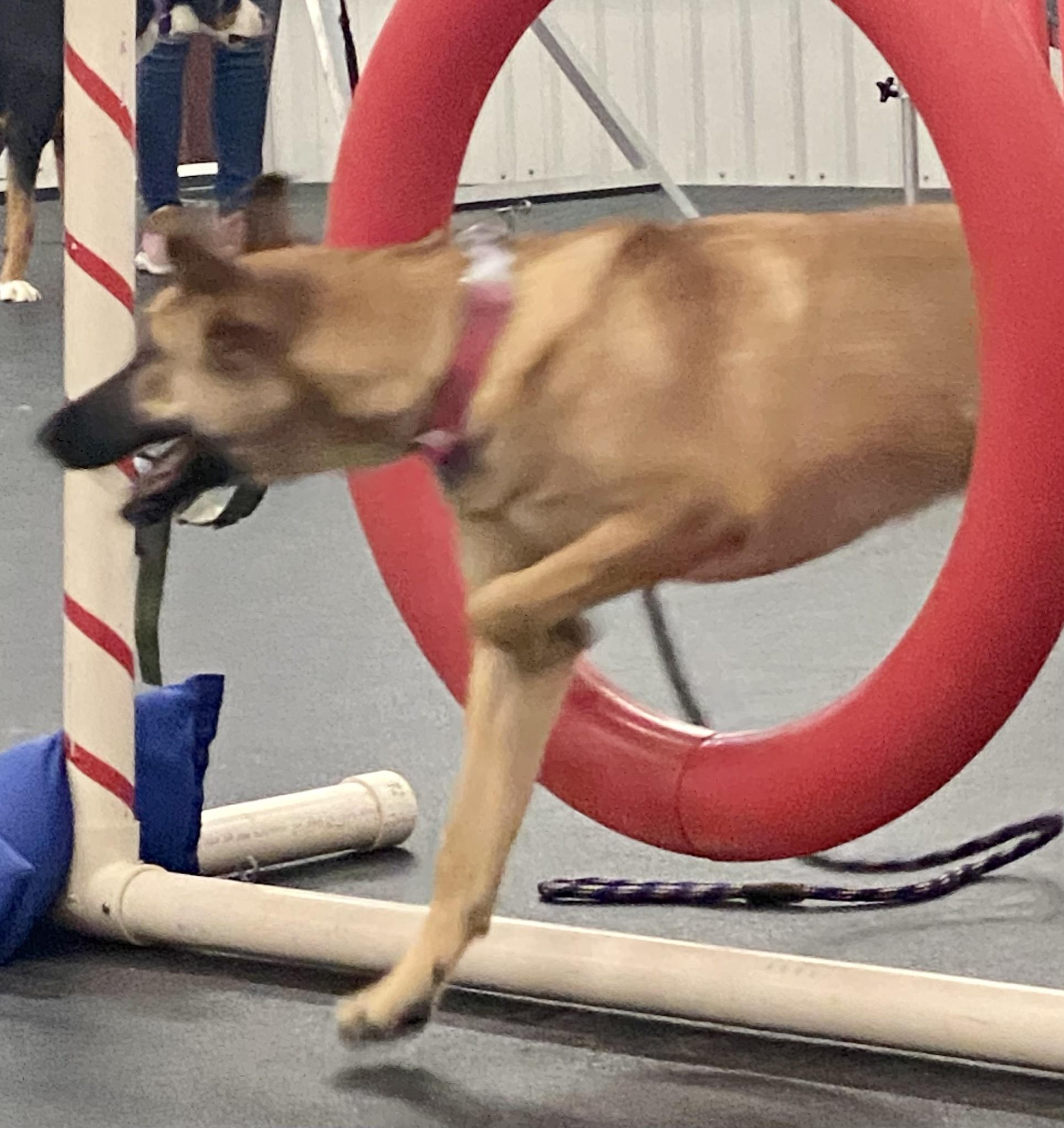 I can’t wait for the more difficult stuff. The class has six dogs/owners. I rated Kizzy second best; the absolute winner was a little border collie mix. 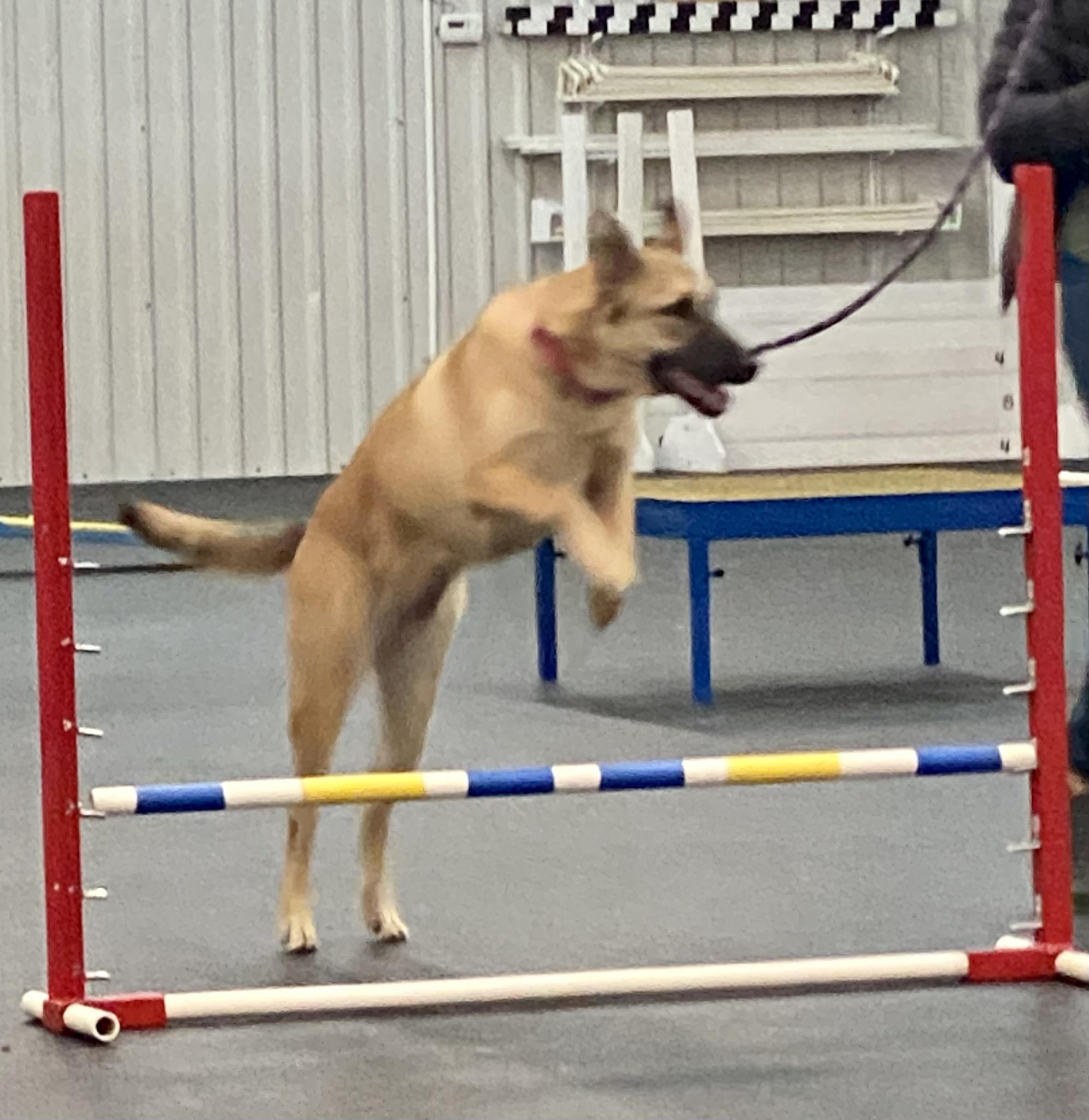 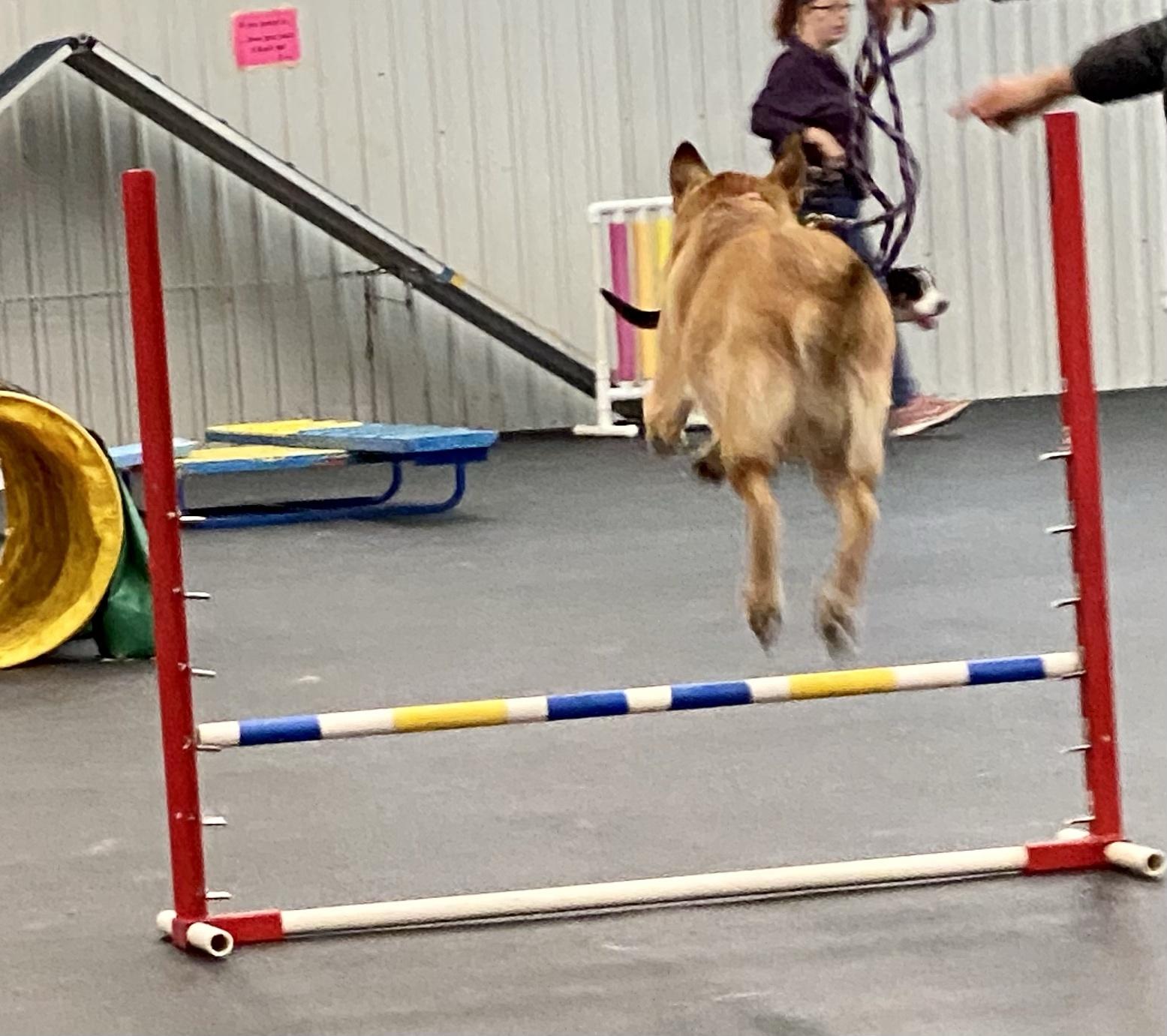 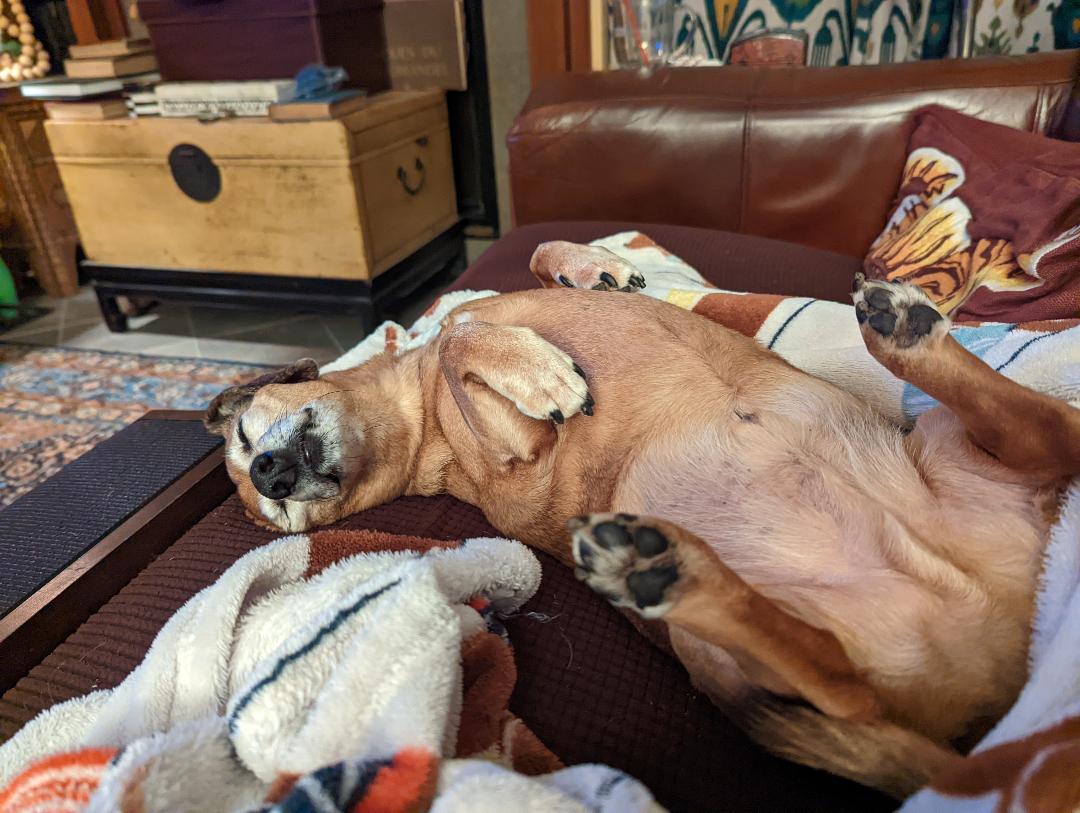 Poor boy is getting his teeth cleaned today. The worst thing in his mind? He couldn’t eat anything before going to the vet. So pathetic!

I woke up Trei as she was cozily napping on Summer’s belly. 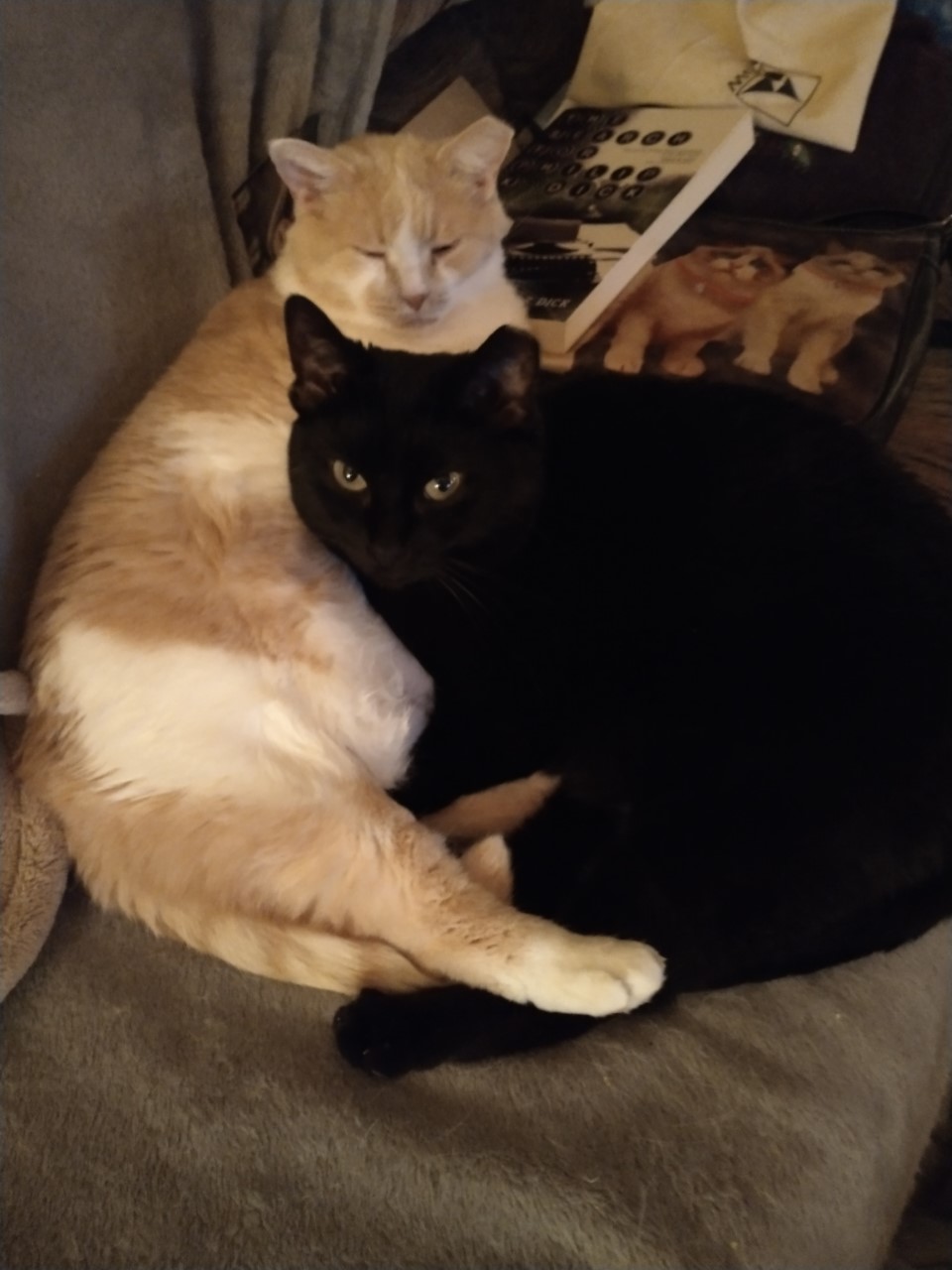 Gormless George and Very Bad Cat are bestest buddies too. 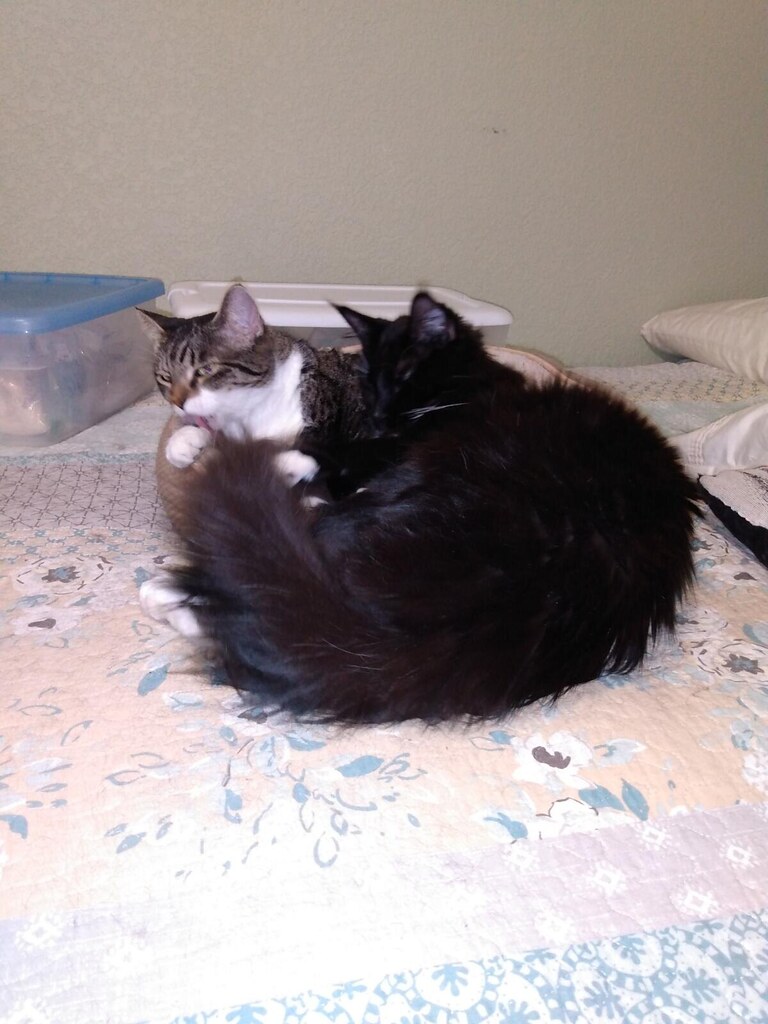 I think they need a bigger bed.

Gonna bend the rules just a bit as this is not my dog, nor the dog of anyone I personally know. But Russ is definitely a pet, and these are definitely pictures, so off we go!

The poignant story here (link below) is that Russ disappeared and got lost in the mountains around Lake Tahoe. He endured, alone, for four months, even as winter came and brought heavy snows. He was just found and rescued a few days ago, cold and frightened but alive, and happily re-united with his human! 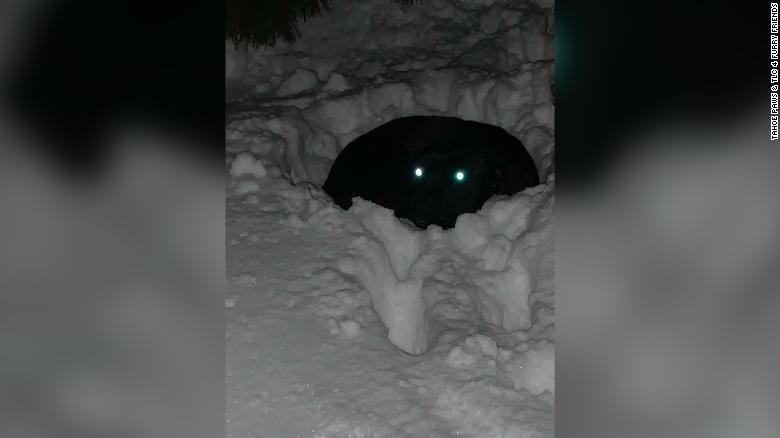 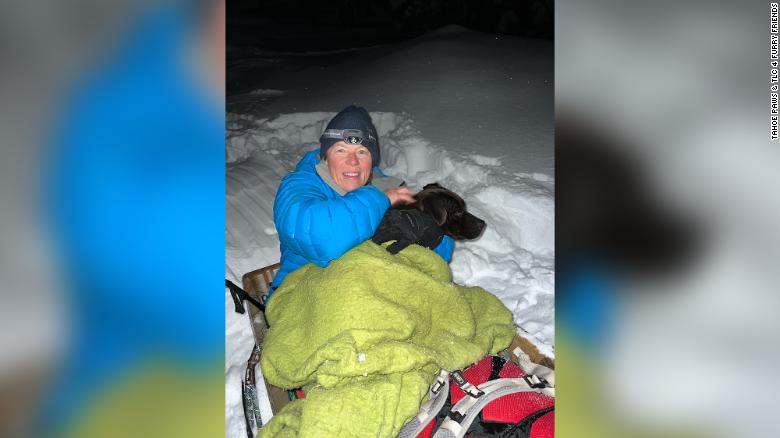 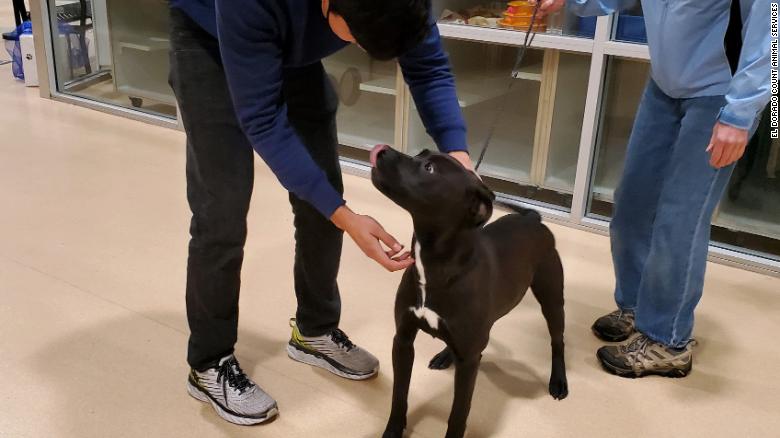 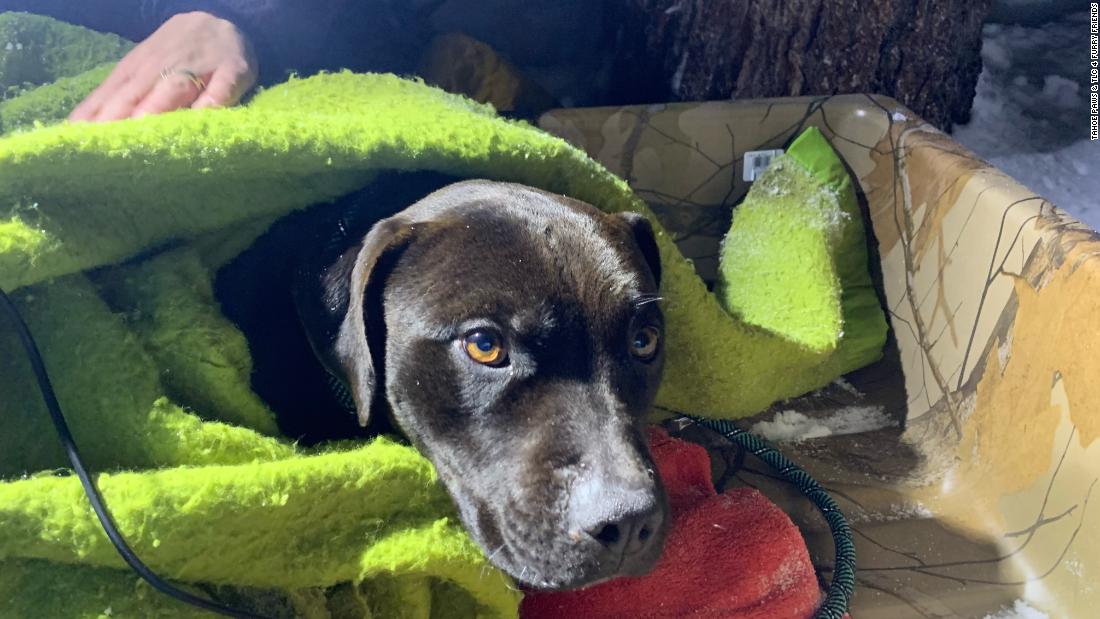 When Ricardo Rodriguez evacuated from the Caldor Fire in early September, he wasn't sure if he'd ever see his dog again.

I’m crying over the story, I can’t even imagine the joy Ricardo felt when they were reunited.

He sure is all of those things, and a real cutie, too! In the last picture at the bottom, it’s evident that he’s really a fairly small doggie, smaller than he appears in the other pics. His small size and fairly thin fur make it all the more amazing that he survived!

His small size and fairly thin fur make it all the more amazing that he survived!

Not being a dog person, I missed that part. Who’s a REALLY good dog?!?

We paid money to a breeder for GG, but all of our others have been “free”.

One of them showed up at our door declawed and a broken jaw and bullet fragments in his mouth. The vet who did the totally NOT free surgery on him said that kitty had been shot long enough ago that his jaw bones were already semi-fused and we needed to have his jaw re-broken and wired.

It’s amazing and sad how much our critters can suffer until they are saved.

I read this over at Bored Panda, and don’t know if it’s true, but it might be. Advice to help find a lost dog: At the spot where the dog was last known to be, leave some clothing that you’ve worn but not washed. Also leave water, but not food, which might draw other animals. Maybe something like a toy belonging to the dog. If your pet returns to the area, it may be that they’ll wait for you there. Sounds logical to me, and it might help somebody get their animal back!

And in the spirit of the thread, I give you “Catahoula Couch”. 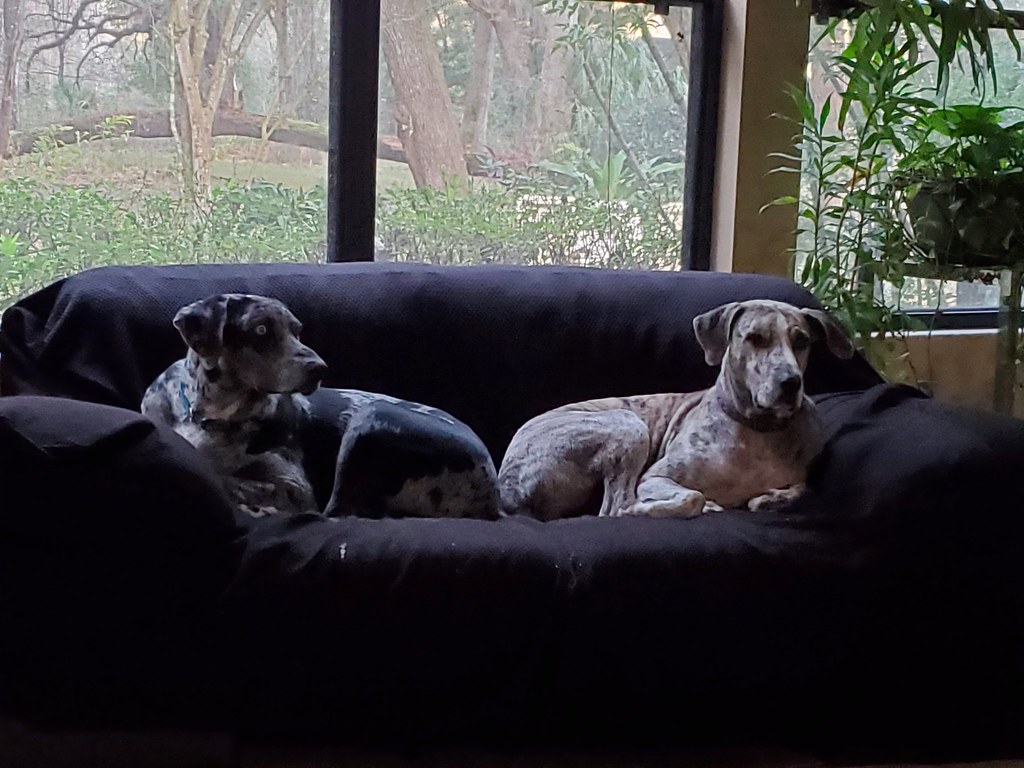 all of our others have been “free”.

It’s been one of my sayings for quite a while: Free kittens aren’t free. (Neither are free puppies etc.; or free grown dogs or cats etc.)

They’re worth it, though.

– catahoulas! Relatives of mine had a rescue catahoula. They just lost her last year, at about 14 (and after a LOT of vet. bills.) She was a very good dog.

Both of these catahoulas turned up in our neighborhood about three months apart. We took them in because we are the neighborhood suckers. It seems strange to me that two dogs of the same age and breed came to us in the same way…I just assume they are brothers. 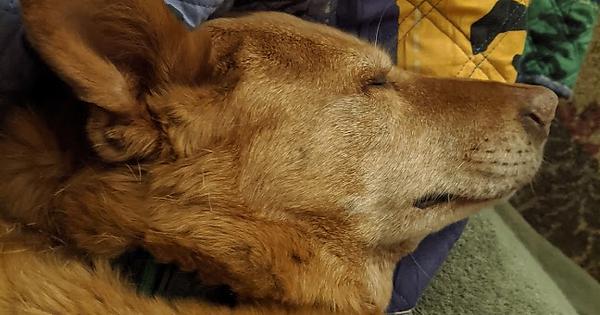 My dear departed, as of this morning, Cinnamon. He’s just sleeping in this pic, I’m not a psycopath.