Phantom Kangaroos--Are now run down by pickup trucks, in Wisconsin. With Newslink

For many long, strange years, since I was a boy, living in Waukesha County Wisconsin, during the Winter of 74, there have been reports of Kangaroos being sighted.

Another was killed by a pickup truck just the other day. 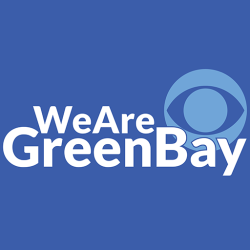 Your Stories. Our Community.

Have they established a breeding colony in the wild?

I was going to list kangaroo from Wisconsin on the Good Christmas Gifts From Wisconsin thread, and 15 minutes ago I found the article about this new Kanagroo. It’s somebody’s exodic pet. It gets too cold up here for them to survive the winters.

I remember reading a magazine article back in the early 1980s about a colony of 'roos in Hawaii that had gotten loose some years before. One of the interesting things about them was that in just a few generations, the color of their fur had changed to better blend in with the local environment. IIRC, it was one of the fastest examples of evolution in a large, mammalian species that anyone had ever seen.

Here’s a photo of the guy with his ‘kill’, taken along a snowy roadside.

I’d be hoppin’ mad if someone killed my kangaroo! :mad:

Escaped zoo animals I suppose. Or someone who thought it would make a good pet. They can be quite “cute” looking when they’re just joeys. I imagine it’s not hard to get hold of one. Goodness knows, there are millions of them here.

Years ago I was walking around a garden festival here in Chicago and saw a sign that said “see the baby wallaby.” I went to the home in question and sure enough, they had a wallaby napping in a box. I didn’t say anything but it seemed like a bad idea to me. It was unquestionably cute, but I just didn’t see how it would make a great pet. Maybe I’m wrong or maybe it wasn’t actually a pet and the people had it on loan for the weekend from a zoo. I doubt that, of course, but I have to admit I do like the idea of a successful population of 'roos here in the states.

Some emu escaped from a farm in Door County, and IIRC showed up in the Christmas bird count

Here’s the legendary Purple Necked Rock Wallaby, only verified in 2001 to be a seperate species. It was discribed in 1924 by the biologist Le Souf.

Put it down to exotic pets, as others have said. The trade in illegal live exports for the purpose of turning wildlife into domestic pets is widespread.

Yeah, kangaroos are cute - but Skippy was fiction, people. They’re not a good pet idea!

Plus, the ones near my house are notorious Vegemite-sandwich stealers. You just can’t live with someone like that! :rolleyes:

About a decade ago, my parents looked out the front window of their home in the north Georgia mountains and saw a familiar sight – a herd of deer. But one of the deer looked funny. They looked closer. It was a kangaroo. So they photographed it. They lived near an exotic animal reserve, so it wasn’t difficult to figure out how it got there. I still kid them about it.

Another paper weighs in.