Pretty FTM Crying in Chicago: Julia Roberts razors her hair and takes shots of testosterone, and starts favouring lumberjack shirts with baggy jeans. She is brutally beaten to death by Richard Gere, a smug psychopathic lawyer. A musical!

**Gorgonzola **, I would pay to see her beaten to death.

My Brunch with Andre: Two guys hit an all you can eat brunch buffet and talk about stuff.

Aliens3. Hicks and Newt are killed offscreen before the movie starts and Ripley winds up being chased by a dog-alien on a prison asteroid with an atmosphere (!) with her head shaved. She bumps nasties with some random character and then finds out that she was somehow implanted at some indeterminate point with an alien and is going to die, so she throws herself into boiling lava (!) to keep the Corporation from getting the alien larvae.

Thank God they would never make anything that ludicrous and horrible…

Set 20 Years after Omega man the surviving kids now grown up try to take back the ruins of 1975 L.A. from “The Family”. During ther initial forays they find that the New leade is none other than a mutated Chuck Heston who somehow survived his death scene. Lots of explosions and retro clothing. The biggest find is a working 8 track with a who tape.

Soylent Green II
Chuck Heston comes out of retirement again as Thorne. In a coma since the last movie he awakens and Armed with the secret of the Soylent company he threatens to finally bust the case wide open. Set in an over crowded impovrished
New York this one is sure to please and watch out for the surprise ending concerning Soylent Yellow.
Conquest of The Battle to Return to beneith the Planet of the Apes.

A CGI Roddy McDowell stars with a forgetful Chuck Heston in the latest greatest installment to the Series. Here we see as Man is subjegated by Apes in an upside down world which time has forgot. See the trial of Heston by the Ape tribunal lead by a CGI Dr Zaius. Watch as a CGI Natalie Trundy defends his rights. Thrill to the battle between man and Ape as Ricardo Montaban fights to Heston in the Battle dome of death. Gaze at the shocking climax when Heston learns that he is no longer on the planet earth when he stumbles on a giant statue of Tim Burton Thumbing his nose at film goers everywhere.

Now Brough to you in SUPER APEORAMA! You’ll swear the Apes are in the theatre!!!

Slingblade 2- based on this great classic of an Everyman in D.C., this movie opens when former Governor Clinton orders Carl released so that he can go to Washington and complete the term of a senator who died in office. Features wonderful heartwarming scenes such as “I just wanna set here wid my arm about ya” twixt Carl and the Appropriates Subcommittee chairman, the “I am to kill… this bill” moment, the “Some folks call it soft money, I call it brib’ry” speech, and ends with Carl’s machete hacking of the President Pro Tem.

Apocalypse Now… and Again- the spirit of Kurtz entered the body of Captain Willard (Martin Sheen), who returned to the U.S. a hero and is now president of the United States. Shadow Government head Kilgore (Robert Duvall) realizes he must have President Willard terminated with extreme prejudice, which won’t be easy as he’s barricaded in the White House surrounded by fanatically loyal Secret Service agents and the severed heads of opposition leaders. Features a new digitally produced duet between Jim Morrison and Celine Dion. The extended cut features a disturbing scene in which three Playboy Bunnies on a tour of the White House must barter their way out when their Astin Mini runs out of gas.

Harry Corleone and the Chamber of Fishes- born of an incestuous relationship between his mother Mary and her cousin Vincent, little Harry was raised under the staircase of his mean Aunt Francesca, but at 11 learns that he is really the heir to a huge crime empire. He goes to a magical Palazzo in Sicily to learn the ways of his kind and is taken under the wing of the mysterious Don “Tony the Icepick” Dumbledori (Al Pacino), but unfortunately it’s been a decade since the last All Family War. Can he survive and will he take his place?

Boxing Helena 2: Out On a Limb

The Day After Tomorrow II: A Week From Next Tuesday
The Ice has begun to…
Oh I don’t have a pitch. I just like the title.

I think the worst possible sequel would be one that follows a great movie and demeans the original. So, with that in mind, …

That’s what I was angling for - trash a classic.
Seven Samurai… And a Baby!

Boxing Helena 2: Out On a Limb

The Final Sacrifice 2: The Return of Rowsdower**

Brazil 2. Having wrested creative control away from Terry Gilliam, the sequel features the further adventures of Sam Lowry after electroshock therapy restores him to reality.

Have they ever done a sequel to Dracula? They could say like, because he’s undead he could be revived if someone poured blood on his ashes. Or would that be too much of a cop-out?

William Shatner could star in movie versions of the “Kirk was reanimated by Borg nanites” novels. That is, provided Shatner obtained videotapes of key Paramount executives teaching young children to perform illegal acts with German Shepards.

How about Son of Kong. That is, a sequal to the 1976 version with Jessica Lange? See, this evil corporation, they took tissue sample from the dead Kong, and cloned him, and…got anymore coke?

Now and Again, Voyager. After several months of trying to raise her married boyfriend’s insane pre-teen daughter, Charlotte Vale throws the brat out and tells weenie-boy to take a hike.

Lunch at Tiffany’s. Holly Golightly and Fred realize they’re both penniless whores, and what the hell were they thinking?

The Village II: Life in the Big City

On Golden Pond… Now- staged very similarly to Our Town, the ghosts of Ethel and Norman Thayer sit in chairs at the Golden Pond Cemetery and bitch about how their home is going condo.

East Side Story Cultures clash and music rises as two WASPs from rival different country clubs and boarding schools fall in love and can’t agree on a caterer for the wedding.

The Lion King Whatever: Simba’s Genocide Simba does what lions do best by taking over another pride, killing all of the cubs he didn’t sire, then lying in the shade while his lionesses bring him food. Stars all the usual voices, plus Anna Nicole Smith as 'Loopy the Octopus… or … bear or something…".

Joe Buck spends his first night in Florida in a homeless shelter, where he meets Ratso Rizzo’s long lost identical twin brother, Ritso Razzo. The two of them go out on the streets and try to panhandle for money. When they come up empty-handed, they decide to spice things up by becoming street performers, interspersing their kazoo duets with zany acrobatic stunts.

Unfortunately, a passing biker gang misinterprets one of their acrobatic stunts as implying that bikers are homosexual, and beats the shit out of them. Joe and Ritso are taken to the hospital, where they are treated for their injuries and soon recover. Before leaving, they sneak into a supply closet and steal a great deal of morphine and nitrous oxide.

They go back to the streets and try to deal these drugs, and are successful at first. Unfortunately, success brings competitors, and in this case, the competitors are the same biker gang that put them in the hospital in the first place. Having cornered the local drug market, the bikers decide they need to drive away Joe and Ritso. Greasy Greg, the leader of the biker gang, begins to play a larger role in the movie as it is revealed that a childhood experience being beaten up and having his girlfriend raped at the hands of a gang of cowboys left him with a lingering hatred of cowboys.

Yes, I know Joe Buck threw away his cowboy gear at the end of Midnight Cowboy. But Greasy Greg recognizes his accent, so he can tell. Anyway, the biker gang decides that they will get rid of Joe and Ritso by planting explosives in the shack where they live. They plant the explosives, which they plan to detonate by remote control, and camp out in a nearby swamp waiting for Joe and Ritso to return to the shack. During this time, they get badly bitten by mosquitos and decide to give up rather than wait any longer. But they blow up the empty shack just to piss their enemies off.

When Joe and Ritso return to the smoldering rubble that was their home, they immediately know who’s responsible for the destruction. Their first thought is to call the cops, but then they realize that the local police are in the pocket of the biker gang. They have no choice but to challenge the bikers to a motorcycle race, and Greasy Greg, still suffering from his mosquito bites, instantly agrees, because he is confident that he’ll be able to beat the duo.

Ritso and Joe have saved up enough money through their drug dealing at this point to buy a used Harley chopper, which they spend a few days tuning up and getting ready for the race. Then there is a scene where they give the chopper a paint job, but the camera does not let you see what the paint looks like.

Finally, it’s the big day, and Greasy Greg and his biker buddies are out there at the track ready for the race. Then all of a sudden you hear the roar of Joe and Ritso’s chopper, and they come flying down the road, and you see that the bike is painted in a COWBOY THEME!!! A cowhide motif for the gas tank, a pair of bull horns on the front, and last but not least, Joe and Ritso decked out in full cowboy chaps, vests and hats. Greasy Greg’s childhood memories come racing back, destroying his morale, and he is easily beaten by the underdog duo. The end credits roll, with “All My Exes Live In Texas” as the background music.

They already made this one…sort of. 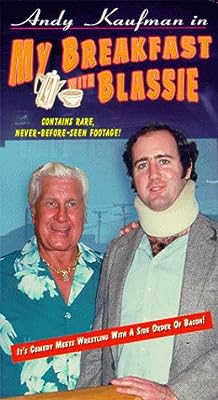 How about Son of Kong. That is, a sequal to the 1976 version with Jessica Lange? See, this evil corporation, they took tissue sample from the dead Kong, and cloned him, and…got anymore coke?

Directed by John Guillermin, Charles McCracken. With Brian Kerwin, Linda Hamilton, Peter Elliott, George Antoni. Kong falls from the twin towers and he appears to be alive. However, his heart is failing, so it's replaced with an artificial one. All...