I expect she’ll try to make a big splash in the next election a la post-92 Dan Quayle.

A couple of years after that, someone will try to use her in an ironic SuperBowl commercial.

And that will be it from her.

I am just waiting for her to come out of the closet and then join the Libertarian party.

Gail Collins has an excellent piece in the Pravda Times that thoroughly mocks Palin and her “speech”. 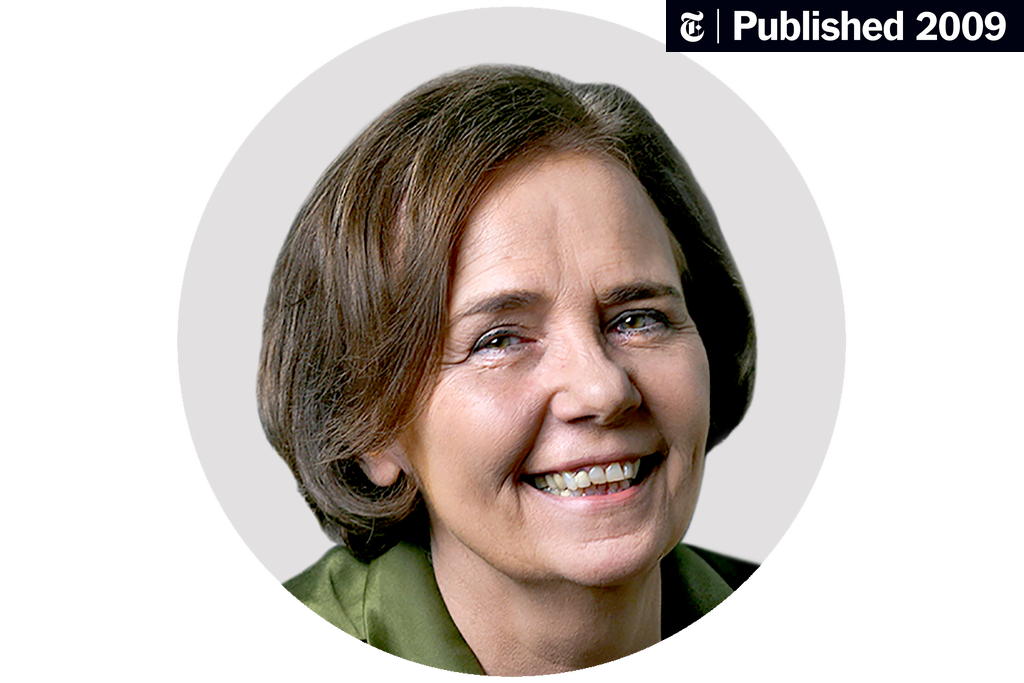 The timing of Sarah Palin’s resignation was extremely peculiar. You’d have thought she didn’t want us to notice.

Basically, the point was that Palin is quitting as governor because she’s not a quitter.

And she recalled her visit with the troops in Kosovo, whose dedication and determination inspired her to … resign.

And furthermore, it turns out that Palin believes that the only way her administration can “continue without interruption” is for her to end it.

… I have the endurance within me to at least gut it out, and that is something, if you ever talk to my old coaches they’d tell you, too. What I lacked in physical strength or skill I made up for in determination and endurance.

Of course in the actual article she also says

You have to have determination and set goals, and you don’t complain when something’s hurting because no one wants to hear it. You get bummed and burned out sometimes in running and in politics, but if you’re in for the long haul and you’re in it because you know that it is a good thing, then you get out there and you do it anyway. …

It’s probably inevitable that she’ll end up with a show on Fox News. I wonder who they’ll shitcan to make room for her. She’ll probably want something better than a weekend show. My money’s on Greta getting transferred to some graveyard shift. Kind of ironic since Greta has been one of Palin’s most loyal sycophants.

I’d love it if Sarah demanded O’Reilly or Hannity’s time slot. She’s got to think she’s a bigger ratings draw than they are, and she might be right. It would be hilarious if she was able to bigfoot one of their timeslots. Their egos are far more precious to them than any ideology.

I’ve got to chime in with Kimmy here and point out that from FOX’s perspective this makes no sense at all. Whatever their political leanings, FOX is, first and foremost, a broadcasting network. You can hate their politics but you can’t deny their credentials as a broadcaster and producer. They produce slick, professional shows and historically have been ahead of the curve on a lot of things when it comes to making money in TV - hell, this is, after all the Simpsons network. They know what they’re doing when it comes to getting viewers.

They’re NOT going to give a talk show to one of the worst extemporaneous speakers in the English-speaking world, no matter how popular she is among religious wackos. They know damned well the show would draw great ratings for two days and then become a painful embarassment; ratings would stay high for another week as people tuned in to watch the train wreck and then would drop like a stone and they’d have to cancel it amidst a blizzard of lost money and public humiliation.

I suspect the simplest explanation is the right one (once again) and she’s just running away from a brewing scandal.

I am just waiting for her to come out of the closet and then join the Libertarian party.

We don’t want her!

They know damned well the show would draw great ratings for two days and then become a painful embarassment; ratings would stay high for another week as people tuned in to watch the train wreck and then would drop like a stone and they’d have to cancel it amidst a blizzard of lost money and public humiliation.

Have you ever seen the movie Network, 'cause that’s a pretty good summary

Hey, with a jump shot at the buzzer, she beat out Mark Sanford’s AP Interview for the most rambling and incoherent political speech of the week.

I thought this was great:

The main thing I’d point out about Sarah Palin’s dazzlingly incoherent farewell is that it’s pretty clear she wrote it herself. The proof is in the punctuation. The transcript was posted to her official Web site earlier today. The style is closer to a high schooler’s angry diary entry than to an official speech. I’ve read a lot of speech transcripts. They tend to have fewer words in all capital letters. And fewer things in quotation marks that aren’t actually, you know, quotes. And I’ve never seen an official speech transcript, written by an actual speechwriter, that contains this:

And that’s not even getting into the self-pitying shots at the press [and] the fact that she mocked those who take “the quitter’s way out” in a speech dedicated to quitting,

That was rambling and disjointed even by Palin’s low standards. When I was watching it, it reminded me of a COPS episode, when they are are talking to a guy accused of stealing aerosol paint from a hardware store, and the guy swears he didn’t steal any paint, and yes it is all just a big coincidence that he has a circle of silver paint around his mouth and nose, and yes, it is an even bigger coincidence that there is a paper bag with silver paint in it and no he has no idea why there are empty silver cans of paint in the bag seat of his car and oh, hey, by the way, do you have a light, buddy, and better yet do you gotta smoke?

She figured out how to play this angle while in college:

fter graduating from high school in 1982, she enrolled at Hawaii Pacific College in Honolulu. She left after one semester and transferred to North Idaho College, a community college in Coeur d’Alene and spent two semesters as a general studies major in 1983. In 1984, Palin won the Miss Wasilla Pageant,[16][17] then finished third in the 1984 Miss Alaska pageant[18][19] and won a college scholarship and the “Miss Congeniality” award.[14]

In August 1984, she transferred to the University of Idaho in Moscow, Idaho, where her older brother, Charles W. Heath, was majoring in education.[20] After two semesters at UI, Palin returned to Alaska and attended Matanuska-Susitna College, a community college in Palmer, for one term in the fall of 1985. She returned to the University of Idaho in January 1986, where she spent three semesters completing her bachelor’s degree in communications-journalism, graduating in May 1987.[20]

By my count that means she’ll be PotUS after quitting three more jobs.

I can’t see a radio or TV show lasting. Especially radio, for heaven’s sake. The woman has an extremely irritating voice and manner of speaking, and even her most loyal fans would soon realize how it grates on them.

I can’t see a radio or TV show lasting. Especially radio, for heaven’s sake. The woman has an extremely irritating voice and manner of speaking, and even her most loyal fans would soon realize how it grates on them.

Maybe she could get a role on 30 Rock or something…

Not only is Sarah a quitter, I heard she’s going to be racing in the Iquitarod.

A good point guard knows when to pass the ball so the team can win.(Paraphrase from her “speech”)

It’s okay that you don’t get it, gonzo. Now finish your juice, it’s almost time for your nap.

We don’t want her!

What are you going to do, say she hasn’t the right to join?

As a side note to Sarah: in today’s Anchorage paper, the humor columnist says that Sarah’s attack dog, Meghan Stapleton, is being referred to by many as “Magnum Staplegun”.