Took it from my front yard in the night, like the cowardly coward he\she\it is.

I knew it was going to happen. My lizard brain tells me to go an steal a Trump sign, but I will not be that guy.

Trump supporters are bad people. I don’t like rash generalizations, but this one seems to fit.

That’s not a generalization, it is a demonstrable fact. If we’re lucky, they won’t be able to take away your vote.

Moved to the BBQ pit, I think it was placed in The Cafe by mistake.

2008 my Obama signed were removed at night. Assholes.

Moved to the BBQ pit, I think it was placed in The Cafe by mistake.

What the hell was I doing in Cafe Society???

Maybe it was enough to make you want a beer? I suggest a good Porter or Octoberfest.

I’d put a new sign out and coat it with something hard to see but unpleasant. Rub scotch bonnet peppers all over the back and the stake, maybe? Just be sure that when the time comes to remove the sign (after you replace it again) you remember to wear gloves.

We’ve had signs in my neighborhood stolen. Biden signs and Trump signs. Even signs for the various politicians running for city court.

Northern Virginia heavily skews blue but we’ve* had some vandalism. 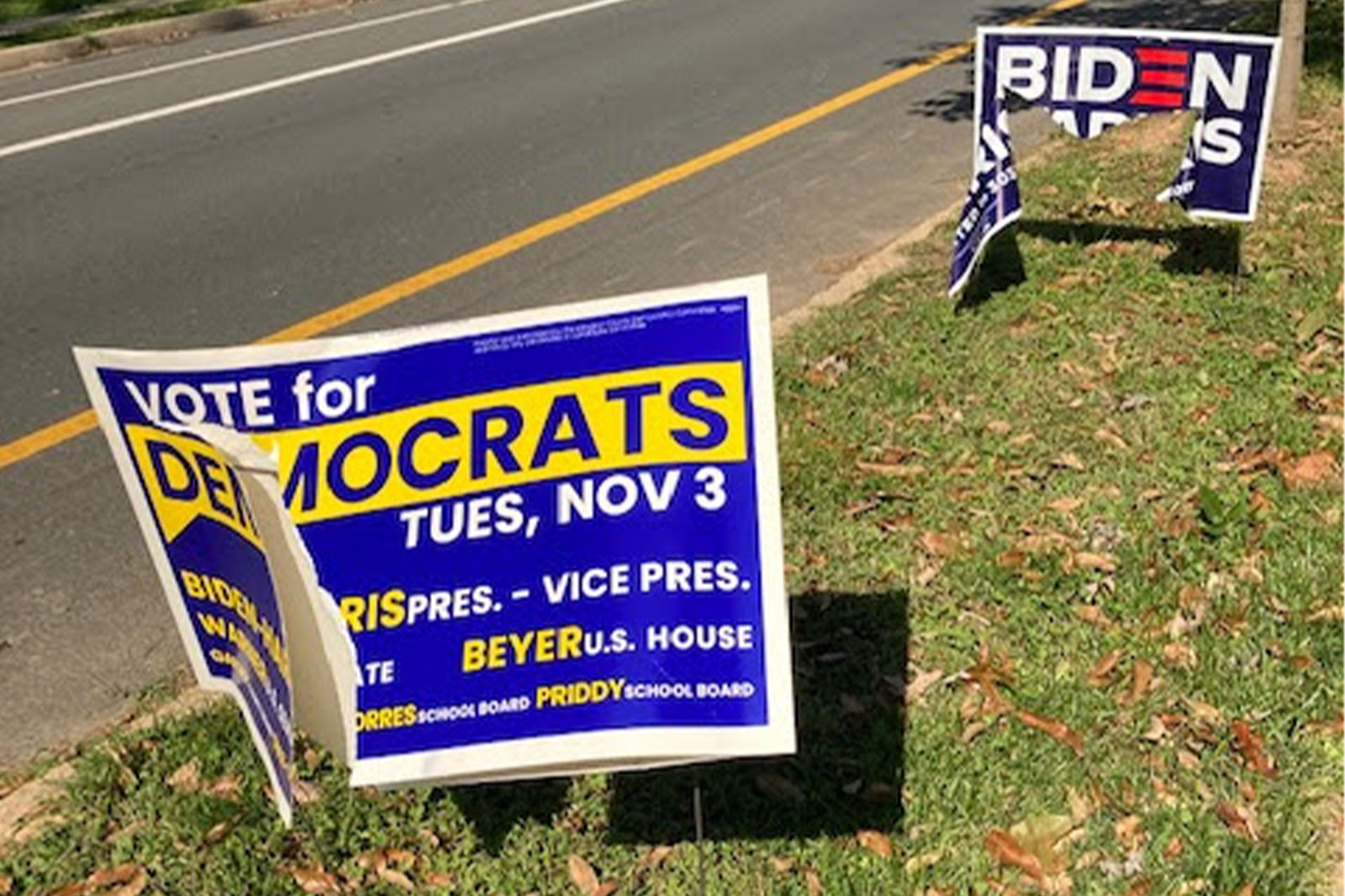 (Updated at 12:10 p.m.) Arlington Democrats are decrying what the local party describes as a wave of vandalism of Democratic election signs. Almost every election cycle in Arlington there are reports of small-scale vandalism and mischief involving...

I’d put a new sign out and coat it with something hard to see but unpleasant. Rub scotch bonnet peppers all over the back and the stake, maybe? Just be sure that when the time comes to remove the sign (after you replace it again) you remember to wear gloves.

I like this idea. Tell me more about these peppers. I just got my Paulette Jordan sign, and have yet to put it out. I’m sure it will irritate the hell out of the trump flag flying jerk down the street and I expect it to get damaged or stolen. Where can I find these peppers? Are they something I can get at the local produce section of the grocery store or do I need to go somewhere more specialized?

Put one of these on it:

yeah, I might, but I really really wanted the nasty little beast to be thinking,
“The sign, it burns me, it burns me, nasty tricksey little libtards, their sign burns me”
maybe I’m evil or something, but this image just makes me giggle

sigh, a quick google did not reveal any scotch bonnet or other suitable pepper available to me locally at this time.

Maybe get some Zostrix or a generic capsaicin cream? Warning: use gloves when you apply it, whether to your body, or to the sign.

I would try Ghost Pepper extract. Or ammonia. Ammonia doesn’t burn skin but sure would make the signs stink so much that nobody wants to touch them.

And yes, FFS be careful. Don’t get that stuff near any mucus membrane, eyes in particular.

I once chopped some very hot chili peppers (nothing in the realm of scotch bonnet or ghost peppers) and absent-mindedly rubbed my eye afterward. While there was no long-term damage, fortunately, it was pretty dramatic in the short run: I burst a blood vessel in my eye and walked around with a big red splotch on my sclera for the next week or so.

Missed edit window: I meant to say, the effects of pepper exposure will be painful but temporary, and I wouldn’t suggest something that was going to cause permanent harm. But peppers are kind of a nice touch, because the pain and burning that may result from someone unknowingly touching that stuff and then rubbing their eyes or touching their unmasked nose or lips should be, I imagine, not unlike the sensation of tear gas. Y’know, the “law and order” stuff that Trump is fond of sic’cing on protestors.

Also, the problem with something smelly like ammonia is that while it may keep vandals at bay, they may just think some other vandal beat them to it, and it was a Trumpee who made your sign smell. Where’s the fun in that? (Plus, depending on how far the smell radiates, you might have to smell it too. No fair.)

yeah, I’m not going to put somewhere they can reach without actually coming onto my property. So ammonia isn’t a thing. Plus, in my fetid imagination, the wanker takes the sign and then goes off to rub one out in glee over having shown the librul commie bastard…

I’m more of a poison ivy/oak extract person myself.