Do y’all find classic, deli-style sour pickles in jars at your local grocery store? I never see them around here (Boston). I see them in individual bags, but I’m looking for jars of them. It looks like I can order them online, but these are the best on sandwiches and burgers, and I find it odd that the closest I can get are hamburger dill chips (which are not the same)

The stuff I see online is big jars, like the ones they have at the deli, but they aren’t selling the jar, just the individual pickle.

Yes. As the stork says, they’re in your deli section, or somewhere near the hot dogs.

If you’re talking sours as in brined and fermented, but without vinegar, I generally only see them in Eastern European delis around here (Chicago), sold out of a barrel or sometimes in jars in the Eastern European pickle section. I’m not sure I’ve ever seen an American brand of pickles in jars that is sold without vinegar. I don’t know if that’s your definition of a “sour,” but, to me, it’s a fermented, not vinegar-preserved, pickle and it has a very different taste than a vinegar-preserved one. (The Polish ones will differentiate them in the name. Kiszone means pickled via fermentatoin. Konserwone means vinegar pickles.)

Moved to Cafe Society, our home for food-related conversations.

Here is a discussion of some brands that meet the fermented, no-vinegar requirements. Pickles with Probiotics, look for brands that have no vinegar or sugar. Which brands of pickles are fermented? Bubbies, Olive My Pickle, and Kreugermann Pickles are just a few great brands

Thanks. I don’t recognize any of those brands, but I’ll keep an eye out for them.

A big thumbs up for Bubbies pickles. Their website has a “Where to buy” link. I get them at my local Wegmans; they are always in a separate stand-alone cooler near the other refrigerated stuff.

It is also very easy to make your own sour or half-sour pickles; only takes two to three days for half-sours – the ones you get in Jewish delis. Target sells several different kits that have everything you need except the cucumbers. 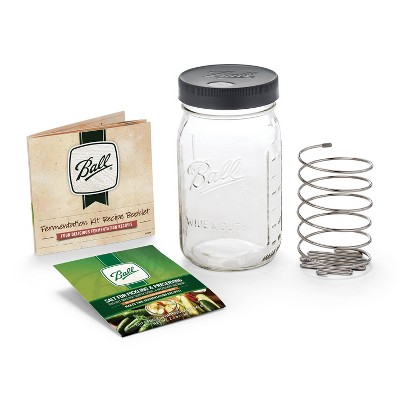 Yes, I believe that I am talking about fermented, but then I’m no pickleologist.

When I was a kid, the deli at the supermarket always had a big jar of them, and my mother would sometimes buy me one if I was behaved. Nowadays, I only see them at old-school markets, still in a jar at the deli. So to be clear, when I say deli in this context I meant the place in the grocery store where they sell deli meats.

I’ll check Wegmans again, but I certainly haven’t found them there (again, except sold in a plastic bag, individually).

Notably, around here most sub shops used these (diced) in their Italian subs.

I want to buy a jar to have on hand. I don’t really want the gallon jars that Amazon sells, but if that must be…

Thirding Bubbies brand. I can find all three of the brands cited around these parts, but not widely.

At the normal supermarkets, I can reliably get Vlasic, Claussen, Mt. Olive and occasionally Best Maid.

However, at the fancy ones (Whole Foods, HEB Central Market), I can get Bubbies and several other brands of fermented pickles.

That said, if I wanted real kosher dills, I’d go over to the local NYC-style Deli and grab some there. That’s the closest thing to a real deli we’ve got around here, and it manages to stay in business smack-dab in the midst of one of the larger Jewish communities in the area (the Jewish Community Center is literally down the street), so I figure it’s authentic enough.

Our supermarket has Grillo’s, which come in half-sour varieties.

Don’t look for them in the pickle aisle.* They’re usually near the cold cuts and are kept refrigerated.

*Ours is infested with Mt. Olive, which taste only of vinegar and no spice whatsoever.

Mt. Olive anything is an Abomination Unto Nuggan.

Yes, check Wegmans again. They do have a “What can we help you find?” search box on their website. In my local store they are always in a stand-alone cooler away from but near the other dairy and refrigerated stuff at the back of the store; worth seeking out.

The cooler also has other some interesting stuff like kimchi; for a change the Wegmans brand of kimchi is very good (when they’re not out of stock), damn close to my own homemade – but IMHO their other brands of kimchi are not nearly as good, some virtually inedible.

Wegmans also has Bubbies sauerkraut, the live stuff with probiotics. I haven’t tried it since I make my own – have about six pounds left in my fridge. It’s a different world than the canned or bagged stuff.

Side-bar: Canned or jarred sauerkraut typically doesn’t have preservatives but the stuff in a bag does because the bags allow some oxygen to pass through.

Our supermarket has Grillo’s, which come in half-sour varieties .

Don’t look for them in the pickle aisle.* They’re usually near the cold cuts and are kept refrigerated.

I actually prefer Grillo’s to Ba-Tempte, but just by a smidge (just be careful you don’t get the spicy ones by accident, unless you really like spicy!).

And for a zesty alternative, have you tried a Wickle?

Sonoma Brinery Manhattan style whole kosher pickles are the type you’re looking for. I don’t know if they’re available where you live.

Edit: According to the Sonoma Brinery web site, their products haven’t made it any farther east than Pittsburgh.

Fermented pickles are really easy to make yourself. In fact, might be the one self fermented/brined thing anyone should make.

I have gotten into home fermentation in the past few months. Well, fermented veggies, as I have been fermenting beer for decades. Anyhoo, it interested all ya need is the Ball Fermentation Kit and some salt. ball fermentation kit - Bing - Shopping

The kit comes with instructions, and a good setup to see if this is something you’d like to do. Then just a bag of supermarket or costco canning/pickling cucumbers and Bob’s your Uncle.

Yep, and it’s de-LISH!!! (Of course, I’m the guy who orders pickled eggs and even pickled turkey gizzards at the bar…)

Thanks for all the replies. Some good ideas to check out.

The key characteristic of Sours is right in their name- they are very, very sour. And amazing.