Spelling of an English place name

Somewhere around London, maybe on the way to one of the airports, there’s a place pronounced “Fanshaw” or something close to that, but spelled Throat Warbler Mangrove Featheringstonehaugh or something like that.

What’s the place I’m thinking of?

You almost had it.

Featherstonhaugh (/ˈfænʃɔː/ FAN-shaw) (also spelt Fetherstonhaugh and Featherstonehaugh) is an English surname. The name comes from Featherstonhaugh in Northumberland, from the Old English feðere, 'feather', stān, 'stone', and healh, 'corner'. Notable people with this surname include:

Yeah, I can’t find any place with that name in the UK at all. I wonder what I was thinking of.

Have you tried the Wikipedia page for UK places with irregular spelling?

(the preview talks about just suffixes, but an actual list starts below)

List of irregularly spelt places in the United Kingdom

This is a sublist of List of irregularly spelled English names. These common suffixes have these regular pronunciations, yet would be counterintuitive (irregular) in normal English: Prefixes:

I was probably talking to a friend about Chiswick and he mentioned Feathersonhaugh. Thanks, everyone! SDMB comes through again!

Just to keep the record straight, in the July 9, 1988, Straight Dope column (“Why is ‘colonel’ pronounced ‘kernel’”), Cecil spells it FeatherINGstonehaugh, which may account for whatever ensuing confusion ensued. Feel free to notify Cecil and correct him. Set your affairs in order first.

Haha! I will never question @Cecil_Adams.

In a column entitled “An Englishman’s Name is his Castle,” from (I think) Life magazine circa the early 1970s, the author gave numerous examples of the unexpepcted pronunciations of many English family and place names. (I’m pretty sure this was before Monty Python’s Throatwarbler Mangrove bit.)

I think I had come across Featherstonehaugh before that in reading P.G. Wodehouse, whose character Ukridge has that as a middle name. And I think my father had explained that it was pronounced Fanshaw.

What I learned from the column was that different branches of the Featherstonehaugh family pronounce it differently (of course), and that while Fanshaw may be more common, other people say Festonhay or Feerstonhaw.

(What I also learned from trying to find the original article is that, without remembering, I wrote a nearly identical post here 17 years ago.)

Do Brits sometimes change pronunciation of their names for social climbing? Factual Questions

Do Brits sometimes change pronunciation of their names for social climbing? Factual Questions

My cite for the variant pronunciations of Featherstonehaugh was an article that appeared in Life magazine (I think) sometime in the late 1960s or early '70s, called “An Englishman’s Name is His Castle.” It humourously examined the unexpected pronunciations of British names, many of which are well known (Leicester pronounced Lester, Worcester pronounced Wooster, etc.) Another of the other family name examples it gave was Cholmondley, pronounced Chumley. The author theorized that if Minnesota we…

Re the pronunciation of English place names, and the problems this causes for Americans, here’s a fine Dave Gorman joke.

In this instance, it’s about the notoriously unpredictable “ough” letter combination occurring not once, but twice, in a name. The background you need: Loughborough University is a center of sports excellence. Academic excellence …mmm, not so much. It is pronounced Luff Burra. 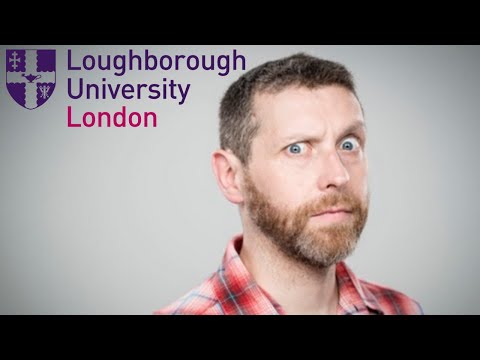 There is an actress (from one of those non-Ahnold Terminator flix) name of Moon Bloodgood. Three different pronunciations for the “oo” sound.

Bob and Ray have something to say:

Paraphrasing Dave Barry: The Vikings stole all the vowels from the Welsh language; It’s sad to hear Welsh parents singing good-night songs to their children, example –

Old MacDonald had a farm

, and then they just lapse into silence.

I live not far from Magdalen Laver, which is pronounced Maudlin Layver.

The parish church is St Mary Magdalen, but pronounced the usual way. So the full church name has the same word pronounced in 2 different ways.

Another interesting pronunciation anomaly - the names (which can be both given or surnames), ‘St John’ and ‘St Claire’ are often pronounced ‘Sinjen’ and ‘Sinclair’ respectively. This may be true of other St names as well, but they’re the two I’m aware of.

A yank and a Brit met and were discussing places they had visited in each other’s country.
The Yank described how he had really enjoyed visiting Wor-ces-ter. The Brit responded, “Oh, you must have gone to Wooster.”
The Yank then mentioned that he had in-laws in Chol-mon-de-ley. After a few minutes of confusion, the Brit responded, “Oh, Chumly.”
A bit frustrated, the Yank went on to speak of his visit to Lei-ces-ter-shire, at which point the Brit corrected him “It’s Lestershir.”
When the Brit began describing his visit to the States, he began with his delight at seeing Niagara Falls. The Yank responded, “Where?” “Niagara Falls.” “Oh” responded the frustrated Yank, “you must mean Niffles.”

“Why is ‘colonel’ pronounced ‘kernel’”

And where did the ‘F’ come from in “Leff-tenant” (lieutenant).

In a book I read years back (The Cat Who Walked Through Walls), the claim was made that “Taliaferro” was pronounced “Tolliver”. Dunno if that’s true or not, as it’s the only place I’ve ever heard / read that.

My mother’s side of the family has some Tollivers in it and, FWIW, they all say it was Taliaferro until they stepped off the boat.