Stubbs The Zombie: What do the hillbilly/rednecks say when they are getting their heads eaten? Link to video included

I got the re-released Stubbs The Zombie and I’m trying to figure out what the hillbilly/rednecks sometimes say when they are getting their brains eaten.
They say something which I could not figure out back in 2005, and now it’s annoying me again in 2021. I won’t say what it kinda sounds like, because that will make people hear that instead of whatever the hell they are saying. I learned that lesson in 2005.

You can hear it in this video, the link goes right to the kill: 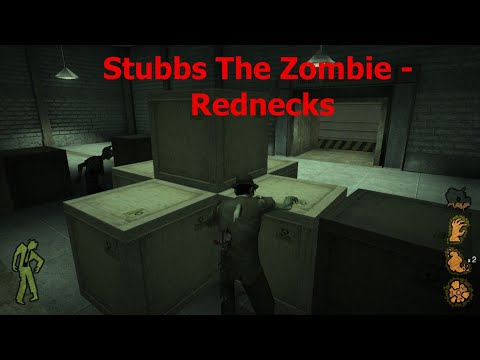 what does he say before the “oh oh oh”?

I hear that, but I hear one extra word when he starts. It sounds to me like “oh, elevator.” But surely that’s not the word he is saying.